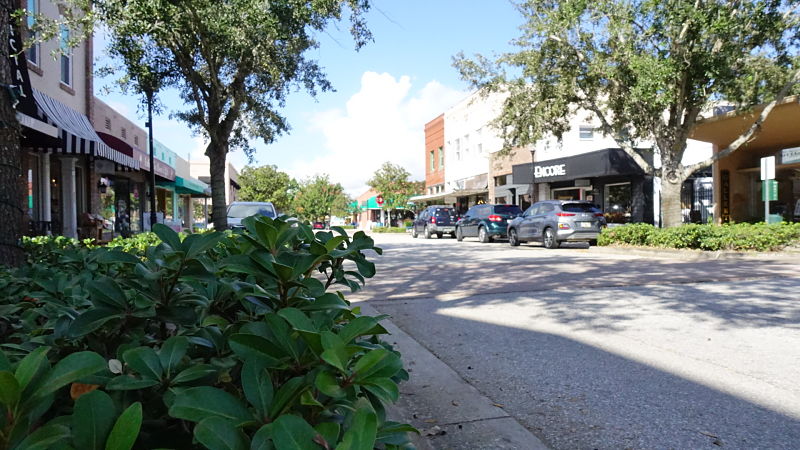 Clermont is one of the most scenic suburbs of Orlando. Located in Lake County, Florida, on the northwestern outskirts of Orlando, Clermont is bordered by Winter Garden, Groveland, Four Corners, and Minneola. Clermont is a remote suburb of downtown Orlando, but boasts lots of charm. It's also only 30 minutes away from Disney and Universal property. It's the perfect town for those who want to be close to Disney but still retain a residential, rural feel with plenty of rolling hills.

It's easy to be drawn into Clermont for its large and prolific rolling pasture (some of the largest hills I’ve seen in Florida). The landscape feels much different than the rest of Central Florida. As an Orlando native, much of our land is flat and low-lying, but Clermont (and Four Corners and Winter Garden) are the exceptions. This alone is a selling point for many who are looking for a home in Central Florida that reminds them of up north (think homes with basements!).  Downtown Clermont is sandwiched between Lake Minnehaha and Lake Minneola. Curiously, Clermont is nicknamed the “Choice of Champions” due to its attraction for Olympians and athletes alike. The city boasts great landscape for training. The city’s lakes, tracks, and hills make it a prime destination for long distance runners and hurdlers. A 10-mile clay loop is also a popular spot for runners. The loop was once surrounded by orange groves, but is now a traffic-free exercise option that features beautiful vistas and rolling hills. Clermont’s history is rooted in citrus. In fact, it was the most well-known and former capital of Central Florida citrus. Hard freezes in the 1980’s decimated the citrus industry, and most farmers never replanted. The land was worth more zoned residentially, with the boom in the Orlando economy thanks to one specific mouse. Today, the majority of Clermont neighborhoods are platted lots and subdivisions.

The bike trail along Lake Minneola

The Florida Citrus Tower is the most unique and quirky attraction in Clermont. Built in 1956, the tower was built as an homage to the booming citrus industry. Still in operation, the 22-story elevator brings visitors to beautiful vistas of rolling hills. I’d be remiss if I didn’t mention such a quirky Clermont feature. There is also a President’s museum nearby. My personal favorite spot is Lakeridge Winery, the largest vineyard in Florida. They specialize in sparkling wine varieties and have complimentary wine tours and wine tastings. It’s a must-do if you love wine.

One of my favorite neighborhoods in Clermont is Indian Shores. As far as subdivisions go, these homes are on a larger lot. They are well cared for, and the neighborhood retains a natural feel.  Hammock Ridge and Timberlane are also great places to start your search, with homes around the median Orlando average.

Move to Clermont for affordable homes that don't feel like you’re in Central Florida. Clermont has rolling hills and a quieter pace of life. You won't feel like you’re in the rat race (or mouse race in this case) in Clermont. The median sale price of $269,000 can get you a beautiful home. Homes in this area, like most of Orlando, are in subdivisions. The difference in Clermont is the natural landscape, hills, and lakes. Not retention ponds, but natural lakes. With plenty of lakes and natural wonders, Clermont is a great place to enjoy the quiet beauty of Florida.
ShareTweetSubscribe