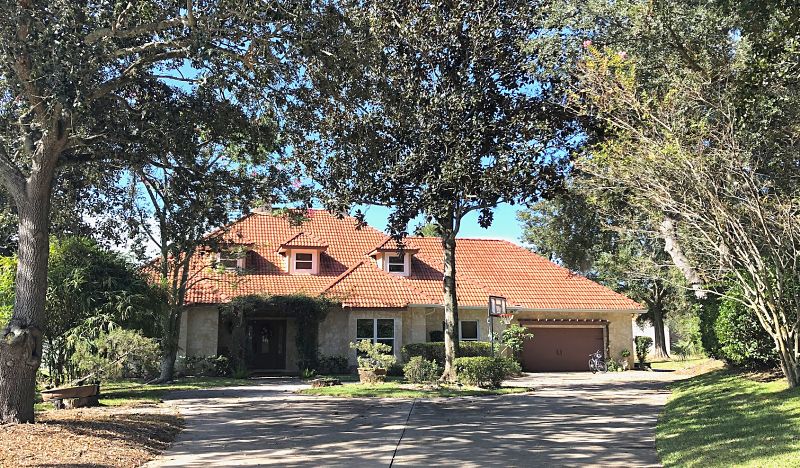 I have a soft spot for the Dr. Phillips area. Named after Dr. Phillip Phillips (catchy name indeed), Dr. Phillips is a small suburb in Orlando in a prime location. I spent a lot of time here as a kid visiting friends and family, and have always loved this particular neighborhood.

Dr. Phillips is located directly east of Universal Studios and bordered by I-4 and Windermere. For those wanting to be minutes from both Universal Studios and Disney, this is your spot. In Dr. Phillips, you're 5 minutes away from Universal and 12 minutes from Disney. From most places you can see fireworks from both theme parks. I have fond memories of growing up watching the fireworks from my cousin’s home 3 miles from Universal.

Dr. Phillip Phillips was a citrus grove owner in the 40s and 50s, and at one point owned more than 5,000 acres of land in what is now the Dr. Phillips suburb of Orlando. He sold his land in the 50s, but the name stuck. Dr. Phillips is a census designated place, and not an incorporated city.

There’s a lot to do within 15 minutes of Dr. Phillips. One of the most notable sections of DP is “Restaurant Row.” This section of restaurants and upscale eateries sits right on the intersection of Sand Lake Blvd and Apopka-Vineland Rd and houses one of my favorite restaurants in Orlando: Slate. Universal is almost within walking distance and is a must if you live in DP. Right beyond Universal is International Drive, which is synonymous with attractions like the ICON Orlando Observation wheel, Madam Toussaud’s Wax Museum, Pointe Orlando shopping center, and several other prime/premium outlets. The Mall at Millenia is also 10 minutes away.

Dr. Phillips has a higher price point than the Orlando average. The lowest priced homes sit around $290,000 and can fetch as far as $1 million. Most homes were built in the 1980s and 90s. This means that lots are typically larger, around a quarter of an acre. It's hard to find new subdivision homes in Dr. Phillips. New home builds are typically at the higher end of the price spectrum. Two of the most affordable neighborhoods in DP are Clubhouse Estates, and Sandlake Hills. On rare occasions, homes in these neighborhoods can still be found for under $300,000 and have historically held their value well. Right across the street from Clubhouse Estates and Sandlake Hills is Bay Hill. Homes in Bay Hill Club & Lodge regularly see price tags of 1 million dollars. The Bay Hill Club and Lodge also hosts the annual Arnold Palmer Invitational of the PGA Tour.

Dr. Phillips is great for those who don’t want to commute far to the parks, or in general. While traffic in any densely populated area can be frustrating at rush hour, you won't put nearly as many miles on your car as neighborhoods farther away. You also won't spend as much on tolls here as well, due to its strategic location.
ShareTweetSubscribe