I went to high school near Hunter’s Creek, but commuted from Poinciana. Having spent as much time as I did in Hunter’s Creek, I always wished I lived there. Hunter’s Creek is in a prime location — its near 3 different highways that can take you almost anywhere in Orlando in a reasonable amount of time. The neighborhoods are beautiful, with lot of restaurants and shopping options nearby. The communities are really pleasant to drive though: You’ll see lots of oak trees, well-maintained homes, and people walking. When I drove through the community recently on a Monday afternoon, I was surprised with how many people were out walking and exercising. 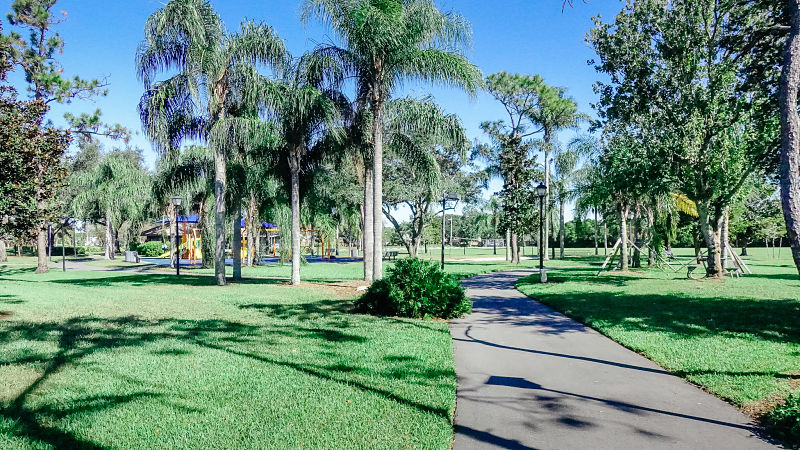 At Eagle Park between two neighborhoods. The weather was amazing!

When you’re ready to see the wilder side of natural Florida, Gatorland is located conveniently inside Hunter’s Creek. This suburb is also minutes from major shopping centers like The Loop and The Crosslands. Apart from shopping, you’d also be hard-pressed not to find a restaurant everyone can agree on here — there are tons to choose from. 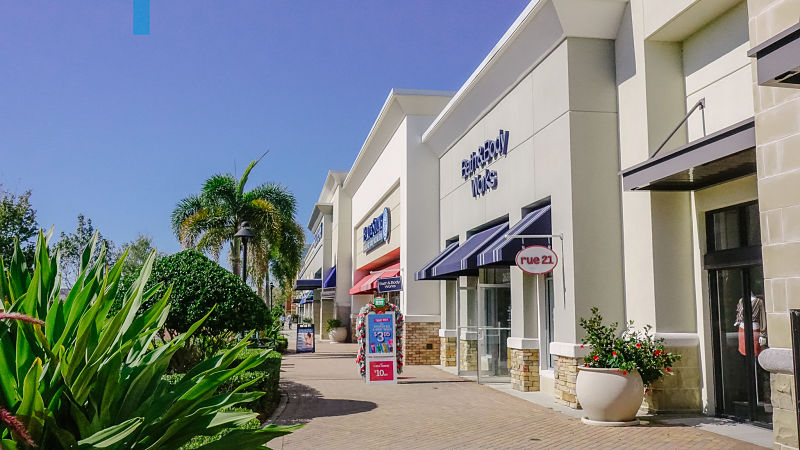 Hunter’s Creek was largely built in the 80s and 90s. There isn’t much new construction in the area, but older homes have historically held their value well. Most neighborhoods stem off of Hunter’s Creek Blvd and Town Center Blvd, almost 30 mini-subdivisions in all. All subdivisions are lined with private, thick brick walls, and uniform neighborhood entry signs. Large oak trees line most of the green space along roads and neighborhoods. As of this writing, you can still find a few homes at the median Orlando home price, but most homes are slightly higher in price point. Most homes in this price range are around 2,000 sq ft.

If you want to live in a scenic neighborhood close to major points of interest, Hunter’s Creek is your place. The neighborhoods are really well-maintained, and the landscaping is tended to. Neighborhoods are tidy, and you’re less than a 5-minute commute to most shops and restaurants. You are just a short distance to main Orlando highways and home prices are still lower than upscale neighborhoods further away (like Lake Nona and Windermere).
ShareTweetSubscribe