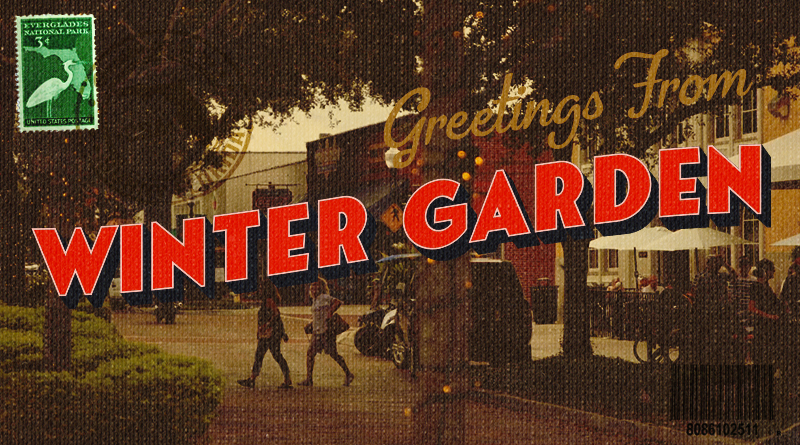 There are four different cities in Central Florida that start with the word “Winter,” and they’re all within 50 miles of each other. It's confusing, even for us native Floridians. Most people know Winter Park — it's the popular, successful older sibling that every parent wished their kid would be. This article is not about Winter Park. This article is about the just-as-lovable Winter Garden. Winter Garden feels welcoming. The homes were beautiful. The downtown was lively. The traffic was light. The coffee shop was excellent. (I’m a tough coffee critic.) The city was a pleasant surprise.

Winter Garden is located in the most western part of Orange County, sitting between Lake Apopka and Lake County. Lake Apopka is the second largest lake in Florida, and picturesque. As one of the highest elevation points in Orlando and Central Florida, that very characteristic is what gives Winter Garden a drastically different feel when compared with the majority of Orlando. Orlando is really flat. Really, really flat. But Winter Garden isn't. It doesn’t feel like swampland, because there are so many hills! The easiest way for me to describe Winter Garden is that it feels like a city up north. I even spotted several homes with basements, which I didn’t know existed in Florida. Clermont is the only other city in Central Florida with lots of hills, and a similar vibe, if that’s your thing. The city of Winter Garden is also 21 minutes away from Disney property, which is amazing. The west side of Central Florida where Winter Garden is located is not as built up as areas on the east side of Disney like Dr. Phillips, Celebration, and Kissimmee. Like many cities in our region, Winter Garden has an agricultural past specialized in citrus. However, not many orange groves remain today due to the occasional hard freeze in winter every couple of years. Because it is one of the last semi-rural areas, home developers have also taken to the area. This area is set for major expansion, and home construction has taken off in recent years.

A shot of the Downtown Winter Garden area with brick paver streets. The sidewalk in the middle is apart of the 21-mile West Orange Trail, one of the most popular in Orlando!

Local shops are bustling along the brick-paved roads lined with huge live oaks. One of the most popular biking trails in Florida, the 22-mile West Orange Trail also cuts through the middle of downtown Winter Garden. I really like the downtown area because it felt like a destination, albeit small, rather than an area you pass through on your daily commute. Even during one of the hottest weekday afternoons in summer, the downtown area had a much larger turnout than I was expecting. The historic downtown section was clean, and the people who live there take pride in their community. There’s a weekly farmer’s market in the town center every Sunday from 9 am-2 pm, and concerts every Friday from 7-9 pm by local musicians.

Winter Garden is a great place to live if you like small-town charm that’s 20 minutes away from Disney without feeling like you're 20 minutes from Disney. It very much feels like “Small Town America” rather than an annex of Orlando theme parks.  The locals are invested in their community. For more information about moving to the Orlando area, visit our web site at https://www.movingtoorlando.com
ShareTweetSubscribe