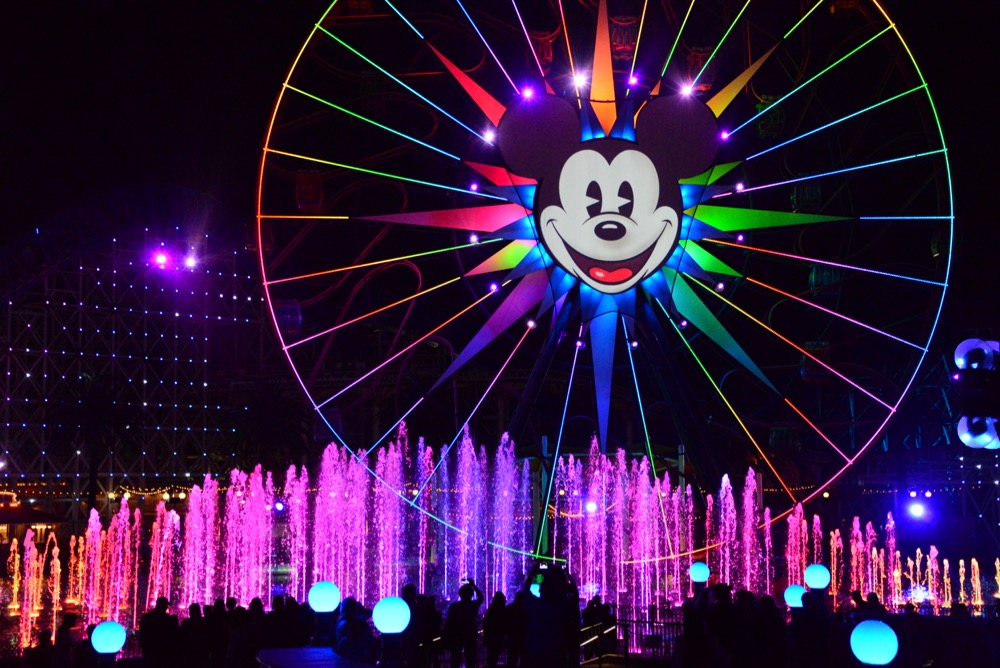 UPDATE 6/25/18: World of Color is undergoing an extended refurbishment with the show expected to return toward the end of this year. With this change, guests will now be able to experience the Incredicoaster and Pixar Pal-A-Round until park close, whereas before they would have closed to accommodate World of Color.

World of Color, the nighttime spectacular that brings Paradise Bay to life with fountains of water and light, was scheduled to return to Disney California Adventure tomorrow night. Yesterday, however the Disneyland Resort removed all performances of World of Color from its calendar.

World of Color went dark at the beginning of the summer when Paint the Night premiered and construction on Pixar Pier began in earnest. The show’s return was scheduled to coincide with the grand opening of Pixar Pier, which happens on Saturday.

Disney has not said when World of Color will return, but the show does not appear on the calendar that has been released through August 2nd. Several unofficial sources are reporting, however, that there is significant damage to the show platform, which could delay the show’s return for months.

The delayed return of World of Color does mean that attractions on Pixar Pier that are normally closed during the show will be allowed to remain open for guests to enjoy.