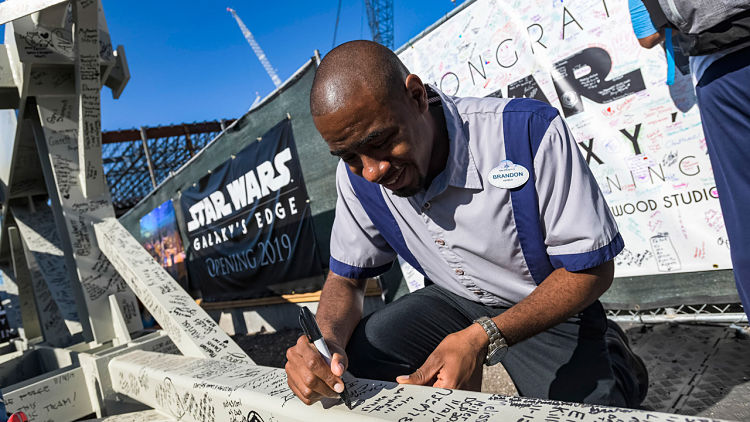 The construction of Star Wars: Galaxy’s Edge just passed a major milestone with the signing of a support beam by cast members and Imagineers. The support beam will eventually be the highest point in the entire land.

Signing a major support beam has become a tradition during the construction of large projection at both Disneyland and Walt Disney World. Disney previously signed major support beams at Pandora – The World of Avatar in Disney’s Animal Kingdom, and Star Wars: Galaxy’s Edge in Disneyland park.

Star Wars: Galaxy’s Edge is expected to open at Disney’s Hollywood Studios in 2019.