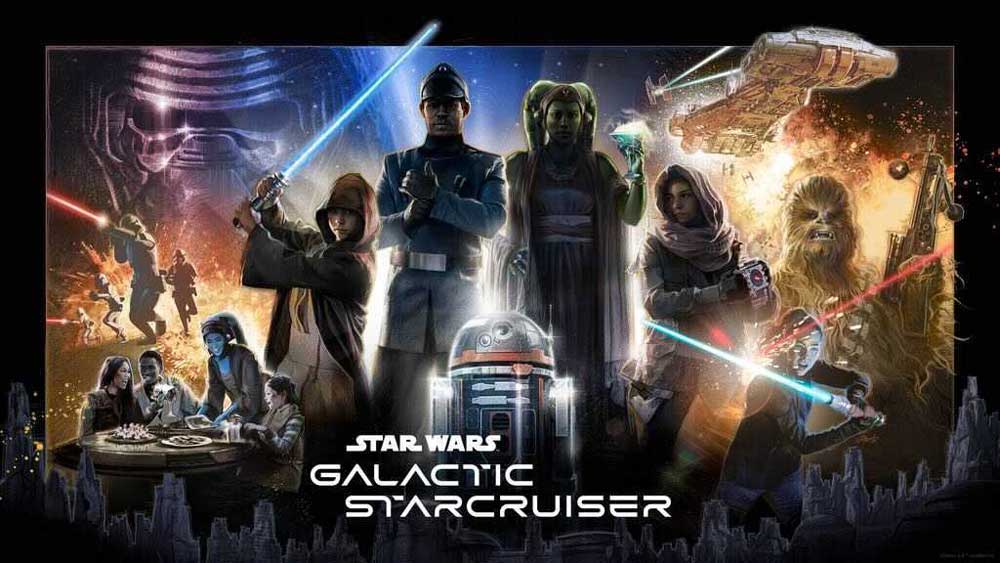 The Disney Parks Blog has shared a brand new poster for the Star Wars: Galactic Starcruiser, the first of its kind two-night “storyliving” experience at Walt Disney World.

Disney describes the new resort as “a finely appointed starship” where Star Wars fans will have the opportunity to enjoy a completely immersive experience that even includes a visit to the planet Batuu at Star Wars: Galaxy’s Edge inside Disney’s Hollywood Studios.

Continue reading for Disney’s explanations on everything you see in the new poster above!