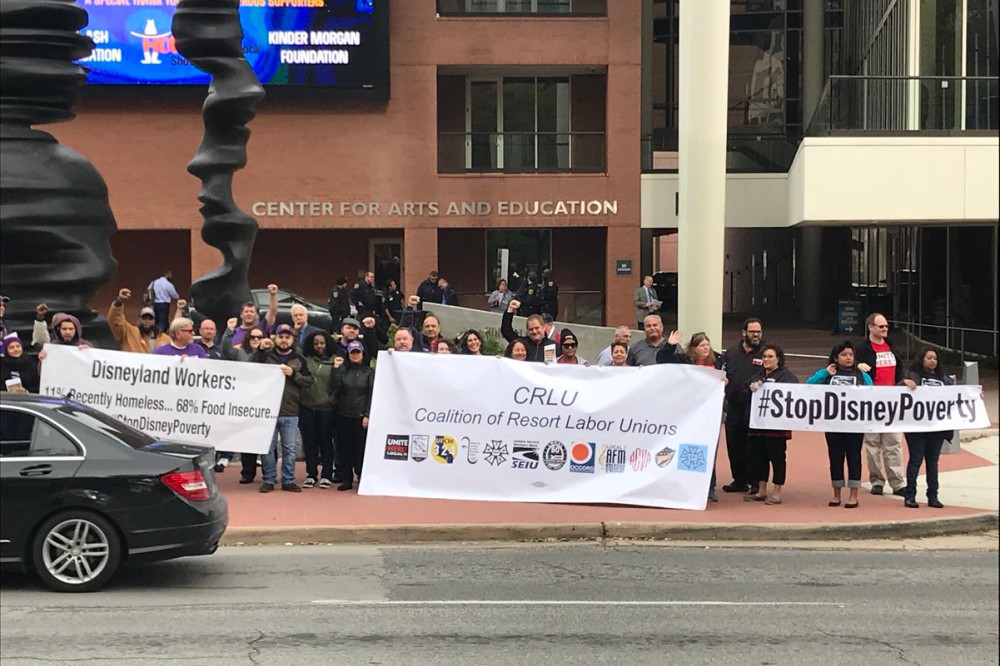 This morning, Walt Disney Company shareholders held their annual meeting at the Hobby Center for the Performing Arts in Houston, Texas.

Bob Iger, CEO and chairman told investors, “Disney’s creative and financial success reflects the dedication of our cast members around the world, the strength of our stellar management team, and the support of a world-class board willing to take the bold, strategic steps required to achieve our greatest potential.”

During the meeting, shareholders approved the Disney Directors that were presented for election.

Alwin B. Lewis, Chair of the Board’s Compensation Committee said of the vote, “The Board accepts the results of today’s non-binding vote and will take it under advisement for future CEO compensation. We believe that the terms of Bob’s extension are in the best interests of our company and our shareholders, and essential to Disney’s ability to effectively maximize long-term value from this extraordinary acquisition.”

Other housekeeping measures were voted on, including approving Pricewaterhouse Coopers LLP as the company’s independent registered public accountants.

Outside the meeting, a group of Disneyland Resort cast members demonstrated, demanding a “living wage” for employees. Three unions that represent Disneyland workers are currently in contract negotiations with the company, while workers at Walt Disney World turned down their most recent offer and are still negotiating for higher wages.

Unions on both coasts filed charges with the Labor Relations Board recently, after Disney held hostage a $1,000 cast member bonus, pending a contract agreement.

Taylor said that her $11.50 per hour wage is not enough for to “make ends meet,” leaving her on food stamps and unable to pay her rent.

Iger did not address the protesters or discuss providing an increase to hourly wage workers during the shareholder meeting, however he did comment that 83 percent of salaried employees in the parks were promoted from hourly positions and that the company had created over 10,000 jobs over the last few years.