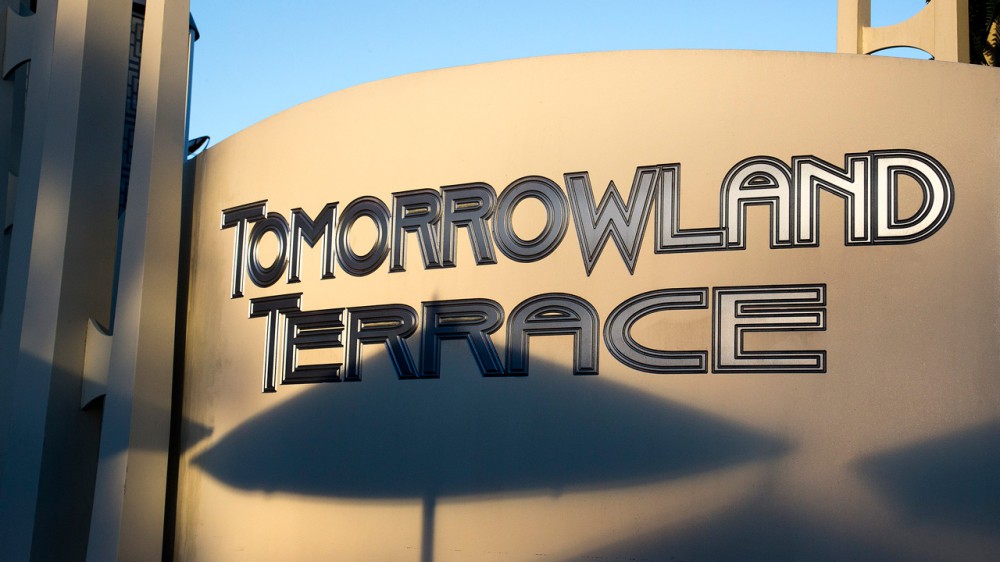 Disneyland has announced that, once again this summer, music will be returning to the stage at the Tomorrowland Terrace (aka Galactic Grill) in Tomorrowland.

As before, bands performing music from the 1960s, 70s and 80s will be featured. Some of the local acts that have played at the Tomorrowland Terrace stage over the years have developed quite a following, including Urban Legends, Tomasina, and Elvis impersonator Scot Bruce.

The bands will be performing in Tomorrowland Friday through Sunday nights from 7:30pm to 11:15pm beginning May 26th! Several bands will be featured over the course of the summer, so be sure to check the schedule for your favorites.

If swing dancing is more your thing, you can always find the Royal Swing Big Band Ball on Saturday nights from 7:00pm to 10:30pm in Fantasy Faire next to Sleeping Beauty Castle.

While swing dancing at Fantasy Faire happens throughout the year, music at the Tomorrowland Terrace stage is only scheduled to continue through August 20th.