ShareTweetSubscribe
In his annual State of the Port address, Port Canaveral CEO Capt. John Murray reported record numbers for fiscal 2019. Murray said, "We had record cruise revenue, up 5 percent from the previous year. We did 4.6 million multi-day passengers in 2019. That’s also a record for us." Cruise revenue made up $81.9 of the $110 million total revenue, which was up 6% despite cargo revenue being down 8%. Murray also talked about upgrades and new ships coming to the port, including the Carnival Mardi Gras and Disney Wish. Murray continued, "We’ve got a lot going on in the coming year, and it’s a stepping stone for the following years. In ’21 and ’22 we have a lot of other exciting things happening with new ships coming and new terminals eventually." Both the Mardi Gras and Disney Wish will run on liquid natural gas (LNG). In preparation, Port Canaveral will need a $4.8 million dollar fire boat specifically designed for LNG fires. Federal grants, however, are covering $2.5 million of the costs.

"It’s great to have the support of everyone to help us get that funding so we can put that funding toward the boat and use our assets and redo cruise terminals and keep the big engine running so to speak."

Murray said that the $163 million renovations to Terminal 3, making it a two-story 185,000-square-foot facility, will be done by mid-2020. Terminal 3 will be the home to the Mardi Gras, the largest ship in Carnival's fleet.

"It’s hard to believe ... if you’ve watched the project progress. The first panel went up in May 2019. This building is going to be operational at the end of May and at this point in time everything is on track to meet that deadline."

Disney Cruise Line's current home, Terminal 8, is currently getting some renovations, as is Terminal 10, which Disney will need when it begins operating three ships from Port Canaveral. The $46.5 million in improvements will be complete before the Wish arrives in January 2022. 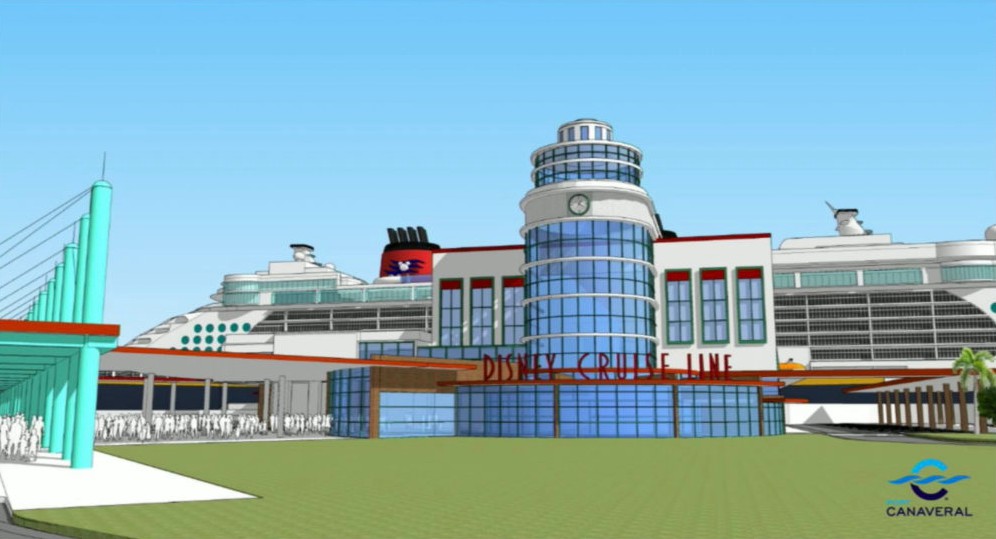 In a recorded statement, Jeff Vahle, President of Disney Cruise Line, said, "We have a mutual commitment to excellence delivering the best possible cruise ship experience. Both teams’ commitment to innovation and their strategic vision of the future are qualities we share, and they’re especially important as Disney expands its presence at Port Canaveral over the next several years." By 2024, Disney will increase their guaranteed annual sailings from 150 to 216. In closing, Murray added:

"I like to say the way forward is ... we want to keep measured and financially responsible development here at the port and strong organic growth through sound business planning. I mean we like to look at everything and say, 'Does this make sense.' Is this something the port should be doing. Does it bring a return to the port, the community. We have to think all these things through and not just charge forward and do things hoping that something happens."