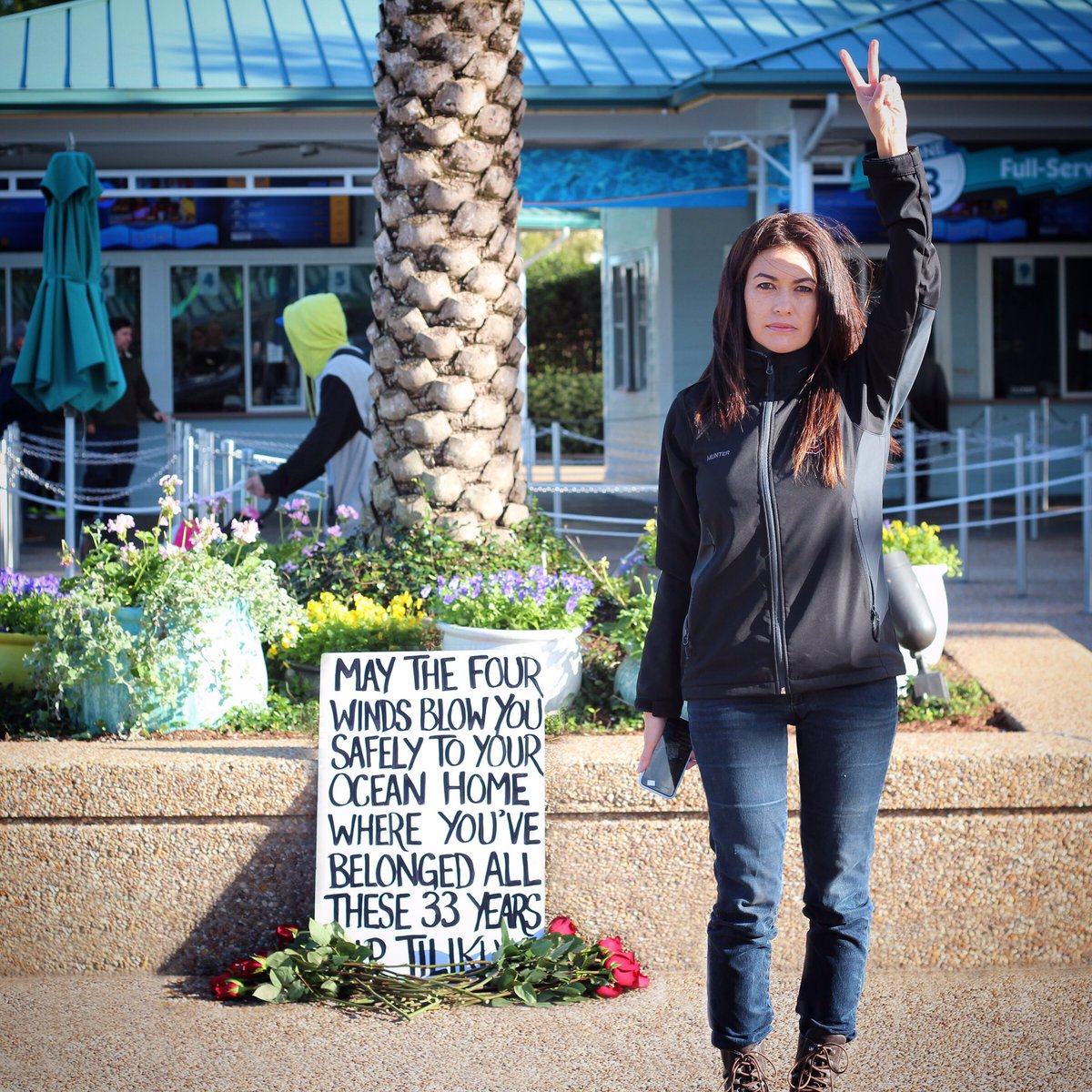 According to the Orlando Sentinel, race-car driver Leilani Munter was banned from SeaWorld theme parks due to an incident where she brought 33 roses and a sign that honored the life of orca Tilikum. Her sign stated, “May the four winds blow you safely to your ocean home where you belonged these 33 years, RIP Tilikum.”

SeaWorld security asked Munter to remove the sign, and when she refused, a sheriff’s deputy was called to the scene. Leilani Munter said, “It was really a harmless act. They were not happy about it.”

After the incident, Munter was served with a warning that stated, “The safety of our ambassadors and guests, and the welfare of our animals is always our top priority.” The reason for the ban, according to the warning, was that the “subject was mourning loss of orca on property with roses and a sign without permission.”

Munter says that she doesn’t mind that she was banned from SeaWorld because she wasn’t planning on visiting, regardless of the ban.