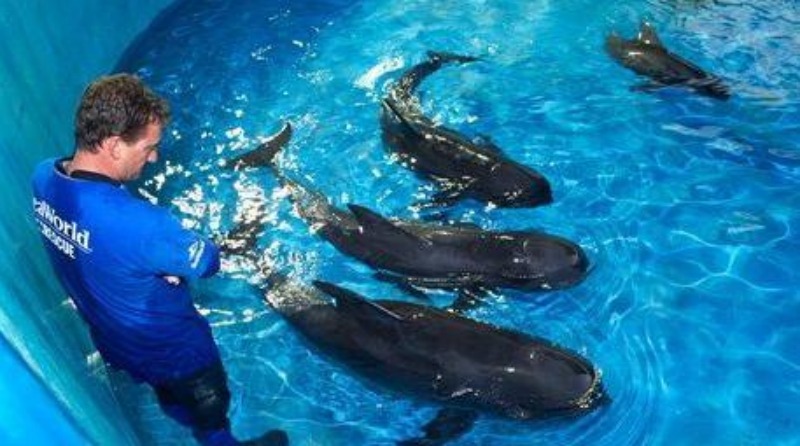 Four pilot whales who once called SeaWorld Orlando home, have been moved to their new home in Shamu Stadium.

The whales were moved yesterday from Dolphin Stadium, where they had performed in the Blue Horizons show that was recently replaced with a new show called Dolphin Days.

The National Oceanic and Atmospheric Administration (NOAA) deemed the whales as unable to be released into the wild as they were found stranded in South Florida back in 2011 and 2012. Since they were taken into captivity at SeaWorld, they’ve gained about 1,000 pounds each according to the Orlando Sentinel. Placing them in Shamu Stadium will give them more room to swim around and they’ll be able to be seen and enjoyed by guests once they become acclimated to their new surroundings. An Education Ambassador will also be on hand to share their stories with guests.

“Pilot whales, like orcas, are members of the dolphin family. They are second only to killer whales in size. They have the same level of intelligence as bottlenose dolphins and are easily trained, according to the American Cetacean Society.”