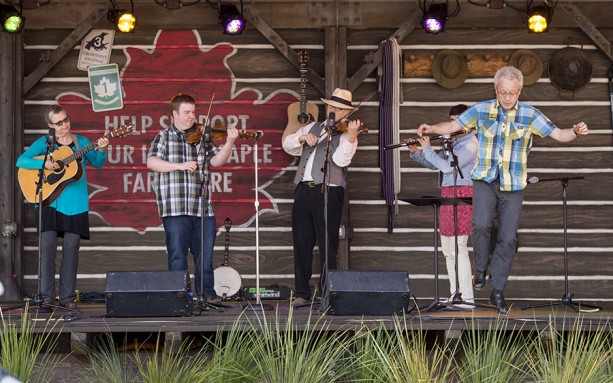 A new act will be coming to the Canada Pavilion at Epcot next month. TradNation, the French Canadian musical group at Epcot, will be ending their limited engagement soon and Alberta Bound, a traditional Canadian folk band, will take over as the pavilion’s entertainment on May 1. Alberta Bound has played at Epcot in the past, when Off Kilter was off.

Off Kilter started at Epcot in 1997, but was cancelled in September 2014. After that, a Canadian lumberjack show took their place for awhile, until TradNation began in January of this year. Disney says they are moving to short-term entertainment going forward.