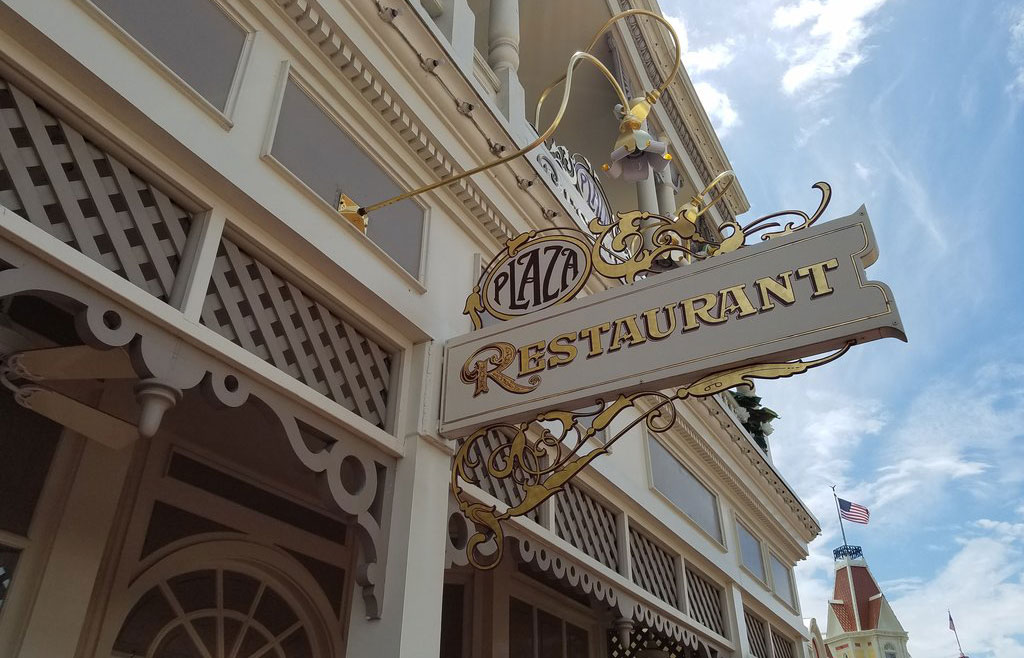 The typical day at the Magic Kingdom includes many activities. Rushing off to conquer the many mountains within Disney’s most popular theme park often tops the lists of many, while others regularly seek out meetings with their favorite friends and characters. Maneuvering the park to make it in time to see the Festival of Fantasy parade and securing a prime location for viewing Happily Ever After also top many park-goers’ to-do lists. One item that is consistent on everyone’s list is remembering to eat during their busy Magic Kingdom day, whether grabbing a quick snack at the popcorn cart or having a meal at one of the many dining locations in the park. For our family, the decision to grab lunch came while we were still visiting our favorite part of the Magic Kingdom — Main Street, U.S.A. We had just finished visiting with several of the Citizens of Main Street when the inevitable question arose, “So, where are we going to eat?”

We often read and heard that the Magic Kingdom lacks the quality of restaurants that other parks regularly advertise. This becomes especially evident when discussing Main Street, U.S.A. Casey’s Corner has been a staple in our family when a quick-service meal is desired; however, sometimes the family seeks something with a little more sustenance or perhaps even a table-service meal. Reviewers often criticize Tony’s Town Square restaurant for serving substandard food at one of the most prime locations for a restaurant in the world. Excitement filled my wife’s eyes as she looked through her My Disney Experience app and found an opening for a table service restaurant where reservations are often hard to come by: the Plaza Restaurant.

As we approached the podium outside the Plaza Restaurant, a cast members met us with the tepid greeting, “How many?” Absent was the typical cast member smile, and the warm interaction often experienced with those that work for Disney eluded us. The staff provided us with a pager and asked us to wait. Twenty-seven minutes after our reservation time, our pager finally rang. Often, this type of situation irritates many diners; however, given the fact that it was a typical sun-soaked Florida day and the diners were simply taking the opportunity to enjoy a few extra minutes of air conditioning and a few extra sips of their soda, tables turned over very slowly.

We entered the restaurant and were seated next to a window with a glorious view of Cinderella Castle. The dining room of the Plaza Restaurant seemed very small, with a large amount of tables placed in the confined space, almost as if to maximize seating regardless of personal dining space.  Servers appeared to have difficulty maneuvering between tables due to the congested dining room. We sat within two feet of perfect strangers also trying to enjoy their lunch. My son sat at the end of our table and his location actually blocked a marked fire exit; I felt this may have been in violation of some code regarding fire hazards and emergency exits. Overall, the theming of the Plaza seemed centered upon perhaps Victorian or Art Nouveau stylings, appearing very clean and charming. Did I mention the view of the castle? The menu of the Plaza Restaurant included many items that diners may consider comfort foods. Appetizers include salads and seasonal soups. Meatloaf topped the menu as a featured item and is served with garlic-mashed potatoes and seasonal vegetables. The Plaza also offers several sandwich options including an angus cheeseburger, a grilled reuben, tuna salad and other deli-style entrees. For those with a sweet tooth, the restaurant features “bottomless” milkshakes and other ice cream specialties.

Fans of dining at Disney enjoy their staples. For some, the Dole Whip tops the lists of must-haves at the Magic Kingdom and, for others, the Carrot Cake Cookie at Disney’s Hollywood Studios becomes the desired snack. In years past, Pinocchio Village Haus served a savory snack called Figaro Fries, and the treat disappeared several years ago. Disney resurrected the fries a few years ago at the Plaza Restaurant as an appetizer called the Plaza Loaded Fries, which included a plate of the thin Disney fries topped with melted cheese, bacon, lettuce, tomatoes, and ranch dressing. These fries have been listed in the past as one of the most-missed extinct foods at Walt Disney World. This baffles my family and I as we felt the term “loaded” was laughable. These fries were average at best and the portion size somewhat disappointed us. Casey’s Corner utilizes the same thin fries and perhaps using a steak fry, along with fresher toppings, would make this dish more desirable. My wife often orders a-la-carte, regardless of the location. Her order at the Plaza Restaurant included a wedge salad and a side of mashed potatoes with gravy. The salad wedge contained tomatoes, onions, and cucumber topped with gorgonzola and ranch dressing. She stated that her meal was “less than mediocre.” The salad lacked freshness and that cold, crisp nature that salad should have. Perhaps, staff prepared it first and it sat as the remainder of our meal was prepared. She described her bowl of mashed potatoes as both “hot” and “just okay.” My son ordered the Baked Honey-barbecued Brisket Mac and Cheese, which contained baked pasta in a cheddar cheese sauce sprinkled with crispy-fried onions and scallions topped with a barbecued beef brisket. When the server sat the entrée in front of him, his immediate thought was, “Seriously?” and, of course, my initial thought was, “Twenty-one dollars for that?” He described the macaroni and cheese as something he may have been able to purchase himself at a grocery store deli. The staff overcooked the pasta and the cheese sauce contained almost a “gritty” taste to it. For the amount spent on the dish, one would have assumed that the plate should have contained a more gourmet macaroni and cheese, rather than the typical children’s macaroni and cheese served at the kids’ stations at various buffets around Walt Disney World. He stated that the brisket was the only highlight of the dish, even though the portion size left him disappointed. Growing up in the Midwest with roots in the South, fried green tomatoes appeared on the dinner table from time to time. This tasty snack still makes me happy and reminiscent, especially when prepared well. D-Luxe Burger at Disney Springs prepares a delicious southern-style hamburger that contains both pimento cheese as well as a perfectly prepared fried green tomato.  Excitement started when I noticed the Plaza Restaurant menu listed a Fried Green Tomato Sandwich served with bacon, arugula, and pepper jack cheese topped with Alabama white barbecue sauce on a toasted brioche bun. I opted for the steamed broccoli rather than more French fries. The broccoli came to the table both cold and overcooked at the same time. The fried green tomatoes within my sandwich lacked any flavor and apparently were not seasoned prior to breading.  The appearance of the sandwich also lacked that Disney flare, especially since the sandwich cost sixteen dollars. It appeared to have been thrown together, which is often the complaint of many fast-food restaurants. How many of us have ordered a fast-food sandwich and questioned if we received the appropriate order given the appearance of what we were served? They failed to grill the bun and the cheese was still cold and in solid form without the first sign of melting. Overall, I became very disappointed in my choice of entrée. Karim, our server at the Plaza Restaurant, remained the only major highlight of our dining experience. His characteristics that showed through included his attention to our needs and his knowledge of the menu. Karim presented himself as a typical Disney cast member — meaning that he was genuine, polite and friendly without seeming fake. Our family felt that Disney should place him in a higher quality restaurant and allow him to flourish.

In conclusion, we felt disappointed in our meal quality and value at the Plaza Restaurant. The bill totaled up to more than sixty-five dollars, excluding gratuity. We felt that our family would have enjoyed a better meal at one of the many counter service restaurants around Magic Kingdom for a fraction of the cost. After further discussing the meal with my family, we came to the consensus that the Plaza Restaurant is a good option for those who want mediocre counter-service food at a table-service price. Given the prime location of this restaurant, Disney should both reinvest in the experience and re-imagine the menu in order to provide the guest with a dining experience that the location deserves. 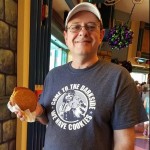