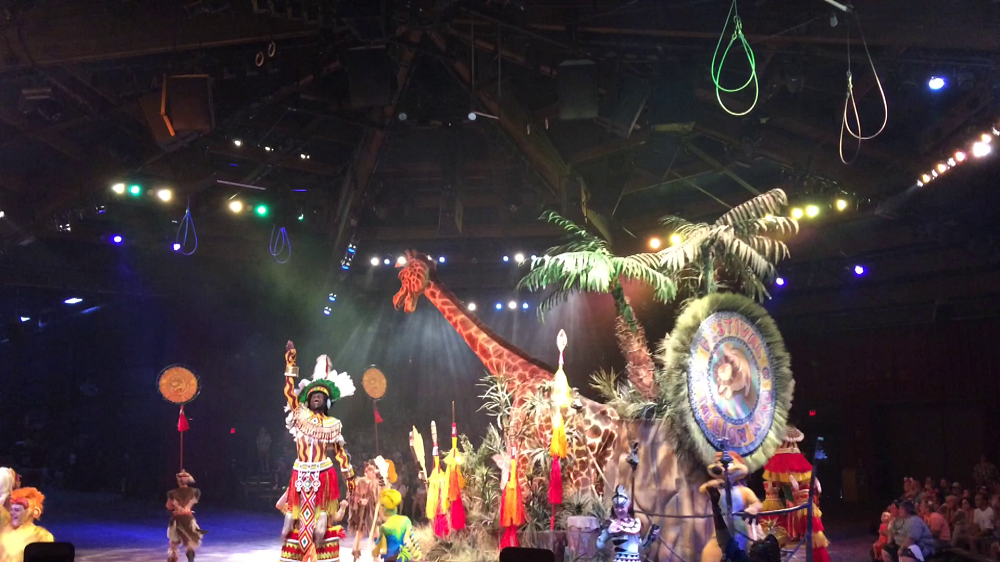 The mere mention of an impending trip to Disney World is enough to send most children into an uncontainable excitement and the household into a frenzy. They may have been already, so they know they are returning to a magical place where they get to meet their favourite Characters or go on exciting rides. However, when planning a trip with pre-schoolers or infants,  it can be a little harder to get them exited about Disney World, especially when they are too young to understand what it is, or even who many of the Disney Characters actually are yet. So how can you get your smallest mouseketeers ready and excited for this wonderful place? I have come up with five ways that will help prepare your pre-schooler for the many rides, attractions, shows and Characters that they will experience while at Disney World. It’s a great way to build enthusiasm and excitement for their impending trip and it will help them enjoy Disney World even more. Each of the following ways I have used to help my pre-schooler get ready for Disney World, and I really do believe it helps!

1. Listen to the Disney Music. This may seem like a very simple thing to do, and if you’re already a big Disney fan your little ones may be well used to these classics. However, here is why this can be of a great help for them at Disney World. Many of the rides and attractions actually have a lot of Disney music as background audio, specifically some of the indoor dark rides. The main ones that come to mind are:

In any of the above rides, Disney music is a significant part to the ride, specifically the music from the movie that the ride is based on. Although Disney World is a magical and amazing place, for very small children and infants that same place can be a little daunting and overwhelming. Even a ride that you have been on, and have classed as a ‘kiddie’ ride, can still be a little scary to them. So, by getting them used to the music from the movie the ride is based on, then you have already given them something they recognize that will help them to react more positively to it. When Elliot was only 9 months old, the rides he seemed to react best to were the ones where he knew the music, and as soon as the ride began that was an instant recognizable factor for him. It wasn’t such a new and scary ride then.  So definitely – get that Disney music playing. It is really not a bad way to spend a few minutes now is it?

“its a small world” – Magic Kingdom

Getting your pre-schooler familiar with current (or older!) Disney movies, and the current programmes being shown on the Disney Junior Channel, will greatly enhance their theme park experiences because they will be more familiar with the Characters, storyline or music that a specific attraction is based on. For example, at Hollywood Studios the Disney Junior Characters feature prominently in both Character meet and greets, Character dining at Hollywood and Vine, and in the Disney Junior Live on Stage show. One thing to note that is particularly important for guests travelling from the UK, is that the UK Disney Channel often airs different programmes than the US version. We typically don’t seem to get the popular Disney Junior programmes like Mickey Mouse Clubhouse, Doc McStuffins, Sofia the First, or Jake and the Never Land Pirates which are referenced in the parks. However, never fear, there is still YouTube! I have found enough clips available on YouTube that would be sufficient to get them familiar with the Characters prior to a Disney World visit. If you find they really enjoy watching these characters, then you can usually buy complete Disney Junior DVD series from large online retailers like Amazon.

The same rule applies to attractions based on current Disney Movies. In Animal Kingdom there are shows based on the Lion King and Finding Nemo. By having a little familiarity with the movie, Characters and music, then your pre-schooler will enjoy it that little bit more. They will also be more excited to meet the Characters from the movies they enjoy. 3. Watch the Official Disney World Planning DVD. If this is your first trip to Disney World, then this DVD is great at giving you a little insight into this wonderful world that your family will be visiting.  However, even if you have already been before, watching the DVD together as a family can be a great way to really get excited about an upcoming trip, and even your youngest will enjoy watching. They will learn a little about the place they are going to; however, for the most part it is simply a great fun way to get the whole family excited! Click Here to order your planning Dvd!

4. Watch YouTube clips of certain rides, attractions or shows. This may be more useful for you as a parent, if you are concerned that they may be a little afraid of a certain ride or attraction. This way you understand it a bit better and can avoid unnecessary cries and meltdowns. Trust me, we learnt the hard way with this one. For the majority of rides Elliot got on really well. However, we took him on the Great Movie Ride in Hollywood studios, which we remembered as a tame and gentle ride. Unfortunately for us, we had forgotten about the scary opening cowboy type scenes and once that large bang went off, so did Elliot. It was simply too loud a bang! The uncontrollable crying ensued and continued and continued. If ever you wished there was a time you could just disappear, that was the one! I still feel a little bad for the rest of the guests unlucky enough to be travelling in the same vehicle! So yes, enough said. If you are not sure, learn about the ride before taking them on it! If in doubt, ask a cast member at the ride entrance for advice. 5. Talk about their upcoming vacation! Tell them about where they are going, which rides they will enjoy and which Characters they will meet. Although they may not even be talking yet, don’t underestimate how much they listen! There were many conversations (one sided of course!) I had with Elliot whilst he was still in the stroller, talking about our upcoming Disney World plans, the attractions we would enjoy, the Characters we would meet. Even the obligatory trip countdown got included! It was a great way to get both of us excited, even if he couldn’t talk back! They may not always completely understand it all, but they will get excited simply because you’re excited.

So if you are planning a trip with very young children, don’t underestimate how much you can do at home prior to travelling, to get them familiar with the Characters, movies and music that they will come across as they experience Disney World. It will get them excited about their trip, and really help them to enjoy the parks even more than they would have already. Have a fun vacation!