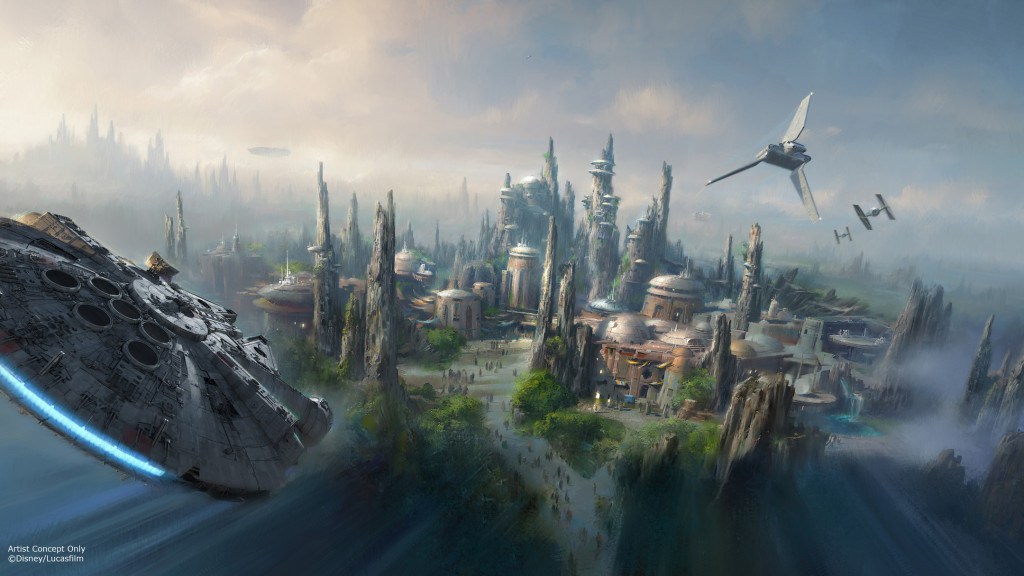 Disney continues to miss revenue expectations, and as a Disney parks fan this has me worried. On February 7th, 2017 Disney’s first-quarter earnings reports were released. Disney had a decline in revenue this quarter, and this isn’t the only quarterly report in recent memory where Disney saw a loss in revenue. I’m concerned that Disney might start jacking up the prices in the parks to make up for lost revenue, or cut proper funding in the completion of both Star Wars Land and/or Toy Story Land. Do I know with certainty that this will happen? Not at all. This is all speculation at this point, but if you look at Disney parks history it becomes fairly clear why this could happen. Disney has a long history of dreaming big, and then cutting back on their plans when there is an economic downturn, or the company is struggling. For example, when Disney’s Pop Century Resort was being built in the early 2000s it was supposed to have its property divided into the “Classic Years” and the “Legendary Years”, but when tourism declined after the September 11th attacks Disney quickly shut down constructing the “Legendary Years” section of the resort. Eventually that section became Disney's Art of Animation Resort. That isn’t the only time Disney had made similar cutbacks when the company was struggling financially. Similar cut backs were made with planned areas of the parks like Thunder Mesa (which was supposed to be a western themed area in the Magic Kingdom's Frontierland) and Beastly Kingdom (which was supposed to be a fantasy themed area in Disney’s Animal Kingdom). So I don’t know with certainty that Disney's financial struggles will impact the Star Wars Land or Toy Story Land expansions, but it seems reasonable to be concerned. Without the proper funding Star Wars Land won’t have the investment it needs in becoming a fully immersive land. The Star Wars universe is so in-depth, and if Disney cuts too far back on funding this expansion this land could fall flat. When Disney California Adventure opened in 2001 the park included a lot of “off-the-shelf” attractions. These attractions were bought on a budget by Disney in order to fill up the park with rides. Trying to create a Disney theme park on a budget ended up being such a bad idea that in 2007, only six years after it opened, Disney CEO Bob Iger announced a massive redesign and expansion to the park. This is yet another reasons why I hope Disney’s financial struggles won’t affect the future expansions. By trying to create something on a smaller budget the project fails and Disney has to fix it later on anyway.

On a positive note, Disney’s recent financial struggles haven’t been related to the theme parks. In fact, this past quarter revenue in the theme parks increased 6%. So hopefully Disney executives realize that the theme parks are not the place where the company should cut back. I am optimistic that CEO Bob Iger knows this company well enough to know that cutting back on the theme park construction funding is just a bad idea. Bob Iger hopefully learned his lesson when Disney had to reinvest into Disney’s California Adventure only six years after it opened, and hopefully he won’t let the shareholders affect his decision making as the construction of Star Wars Land and Toy Story Land continues.