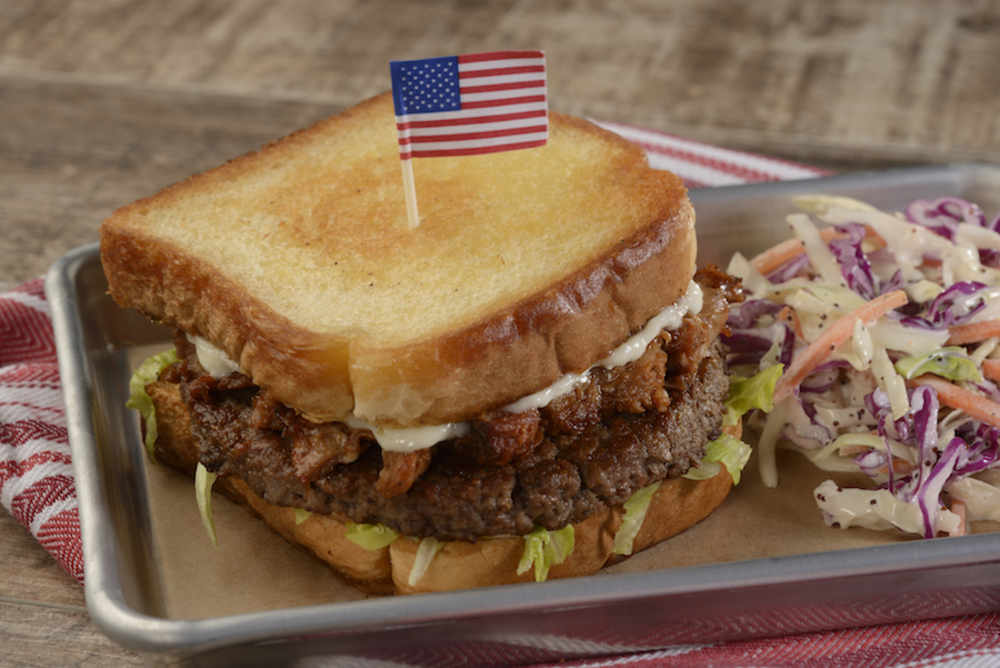 We’ve been given peeks and hints about what would be on the menu when Regal Eagle Smokehouse: Craft Drafts & Barbecue opens in Epcot’s American Adventure, and I’m happy to say that Disney has now released the full menu for the upcoming fast-casual restaurant.

Let’s take a peek at what Sam Eagle will have to offer us at his Centennial Cook-off, and how much the items will cost. 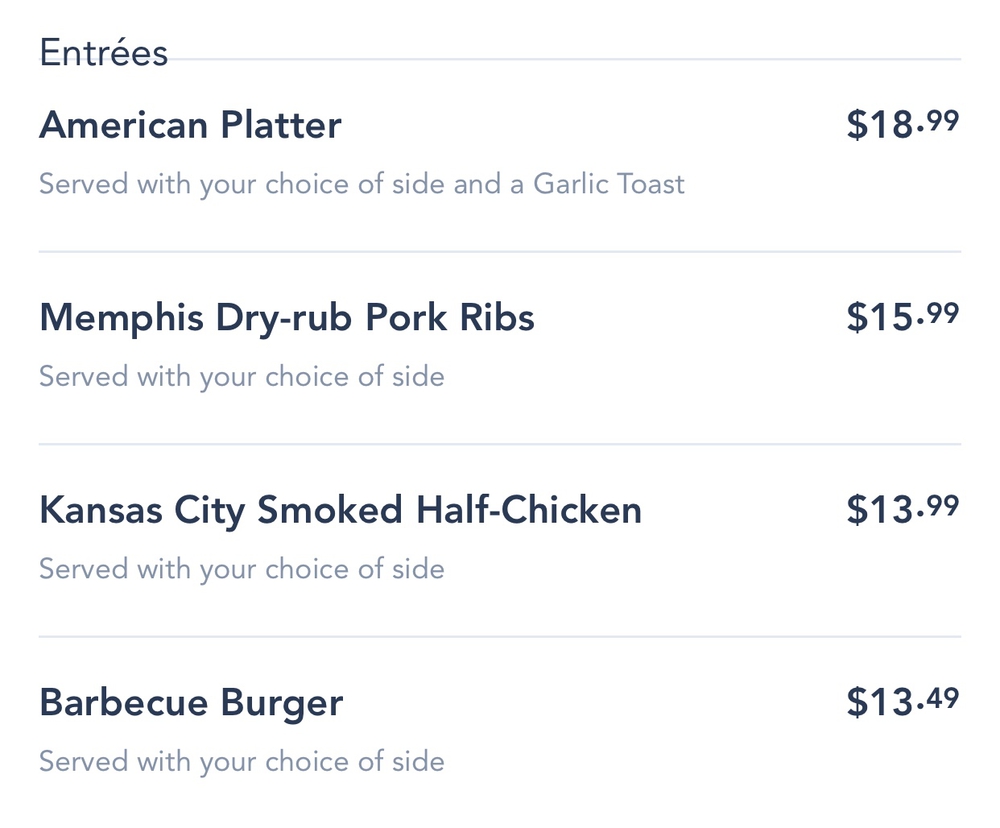 As we jump into the entrée offerings, I’m personally glad to see that the pricing is on par with what we’ve seen at Docking Bay 7 Food & Cargo in Star Wars: Galaxy’s Edge. I bring up Docking Bay 7 because it’s an example of a recently introduced fast-casual dining location at Walt Disney World. In fact, Regal Eagle will offer a few entrées that sport a lower price tag than Docking Bay 7. I’m hoping that the food quality lives up to what we’ve seen in the Galaxy’s Edge establishment. 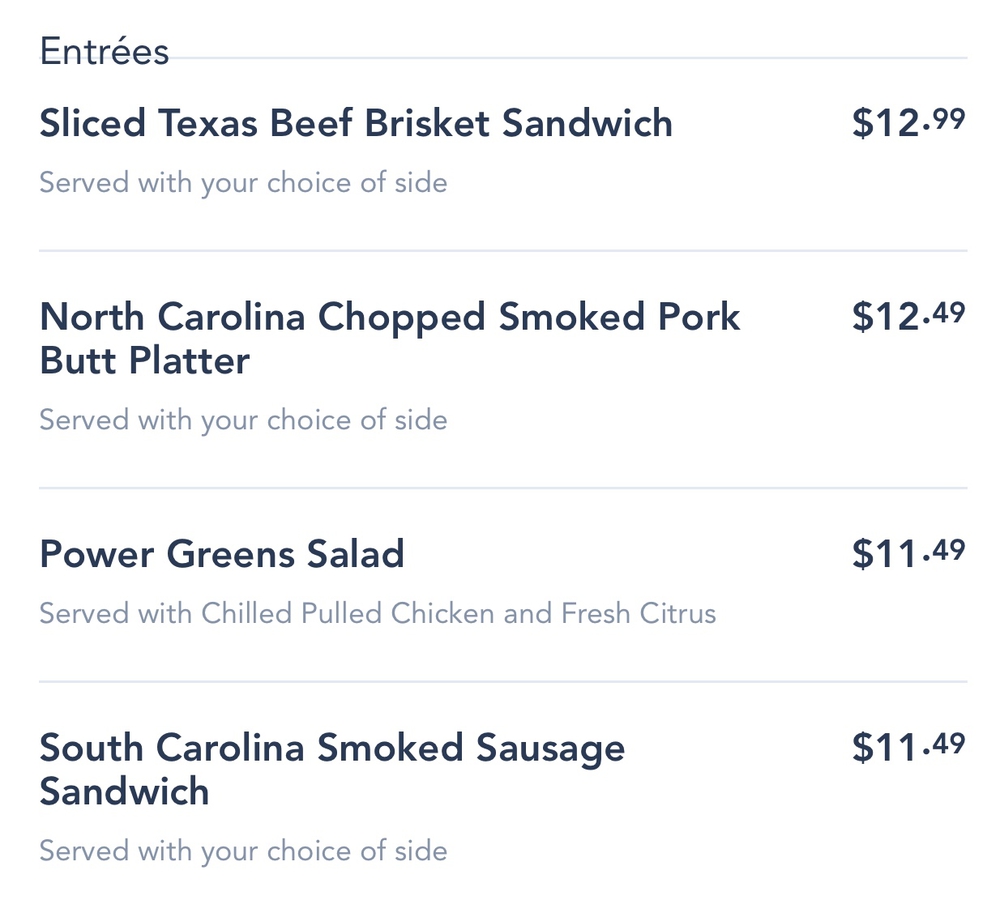 I am personally excited to see some of the regional flavors that WDW fans have asked for for years. I’m hopeful that this will be the restaurant we’ve hoped would be housed in the American Adventure as it certainly seems that the menu has been intentionally crafted to draw from the large array of regional flavors and preparations found throughout the United States. I could easily come up with a few additions, but this is a good start. 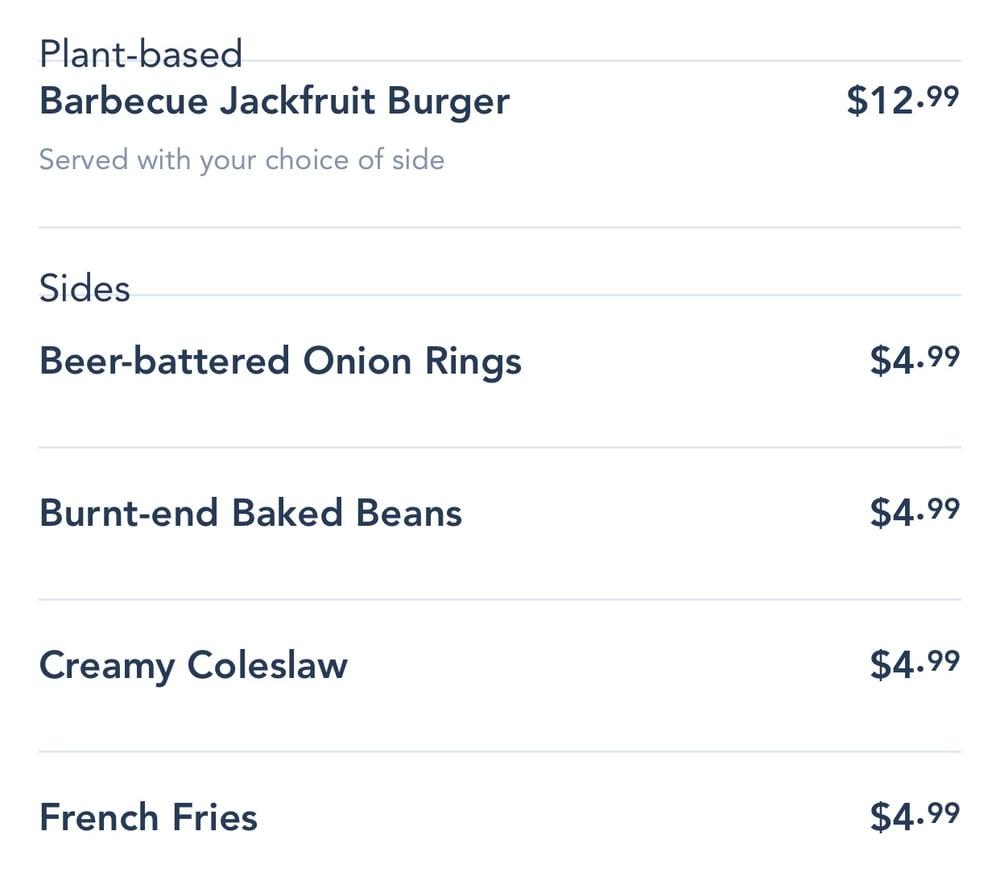 It’s great to see a Jackfruit Burger on the menu here for our plant-based friends. While I’m not vegan, I’m excited that new entrées are being introduced for guests who are. Anything that gives those who adhere to a plant-based life choices, is a great thing in my book. In the past, we’ve seen jackfruit used well at Smokejumpers Grill at Disney California Adventure.

As for the sides, I’m intrigued by the Burnt-ends Baked Beans and House-made Pickles. Anything house-made sounds like a big step in the right direction. Both will be on my list to try. 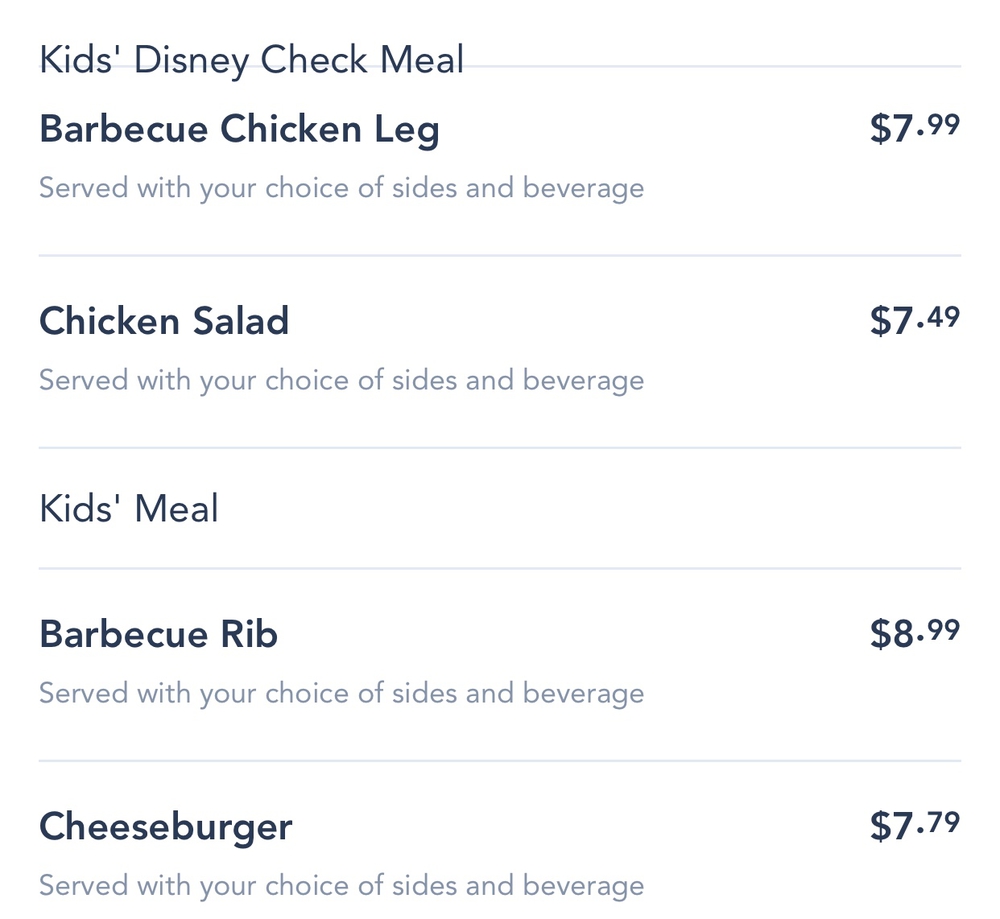 The barbecue theming finds its way into the kids meal choices as well, and will give kids who want something that looks to be more on par with what the adults are having a little something similar of their very own. 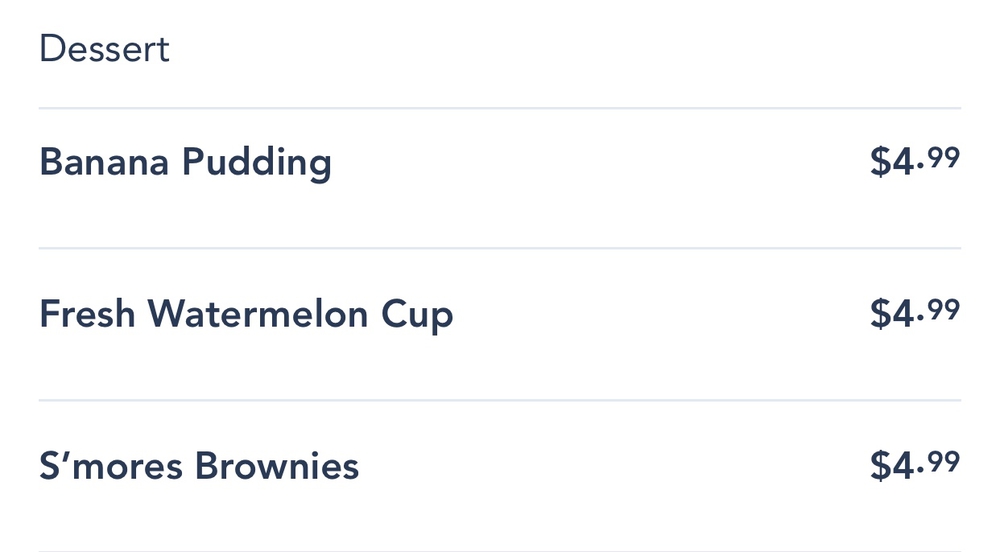 The desserts are few at this time, but I do love Banana Pudding. I’m hoping there’s a Nilla Wafer or two involved. 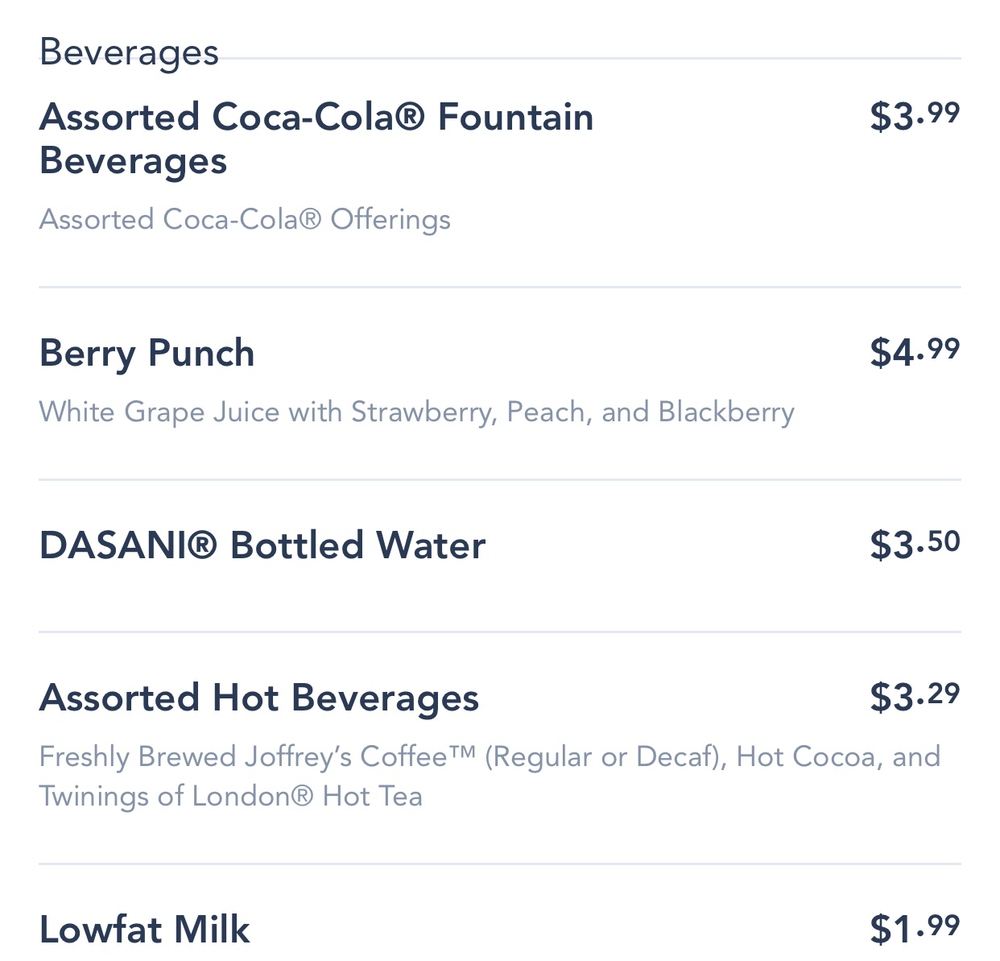 The usual assortment of non-alcoholic beverages will be served, joined by one that stands out to me: the Berry Punch. It sounds refreshing, and I’m adding it to my list.

Regional selections also pop up on the beer selection here at Regal Eagle. I don’t know if any of the choices are necessarily cutting-edge, but, to be honest, beer isn’t my thing. To those looking for an IPA or hard cider in Epcot, how does this selection look to you? 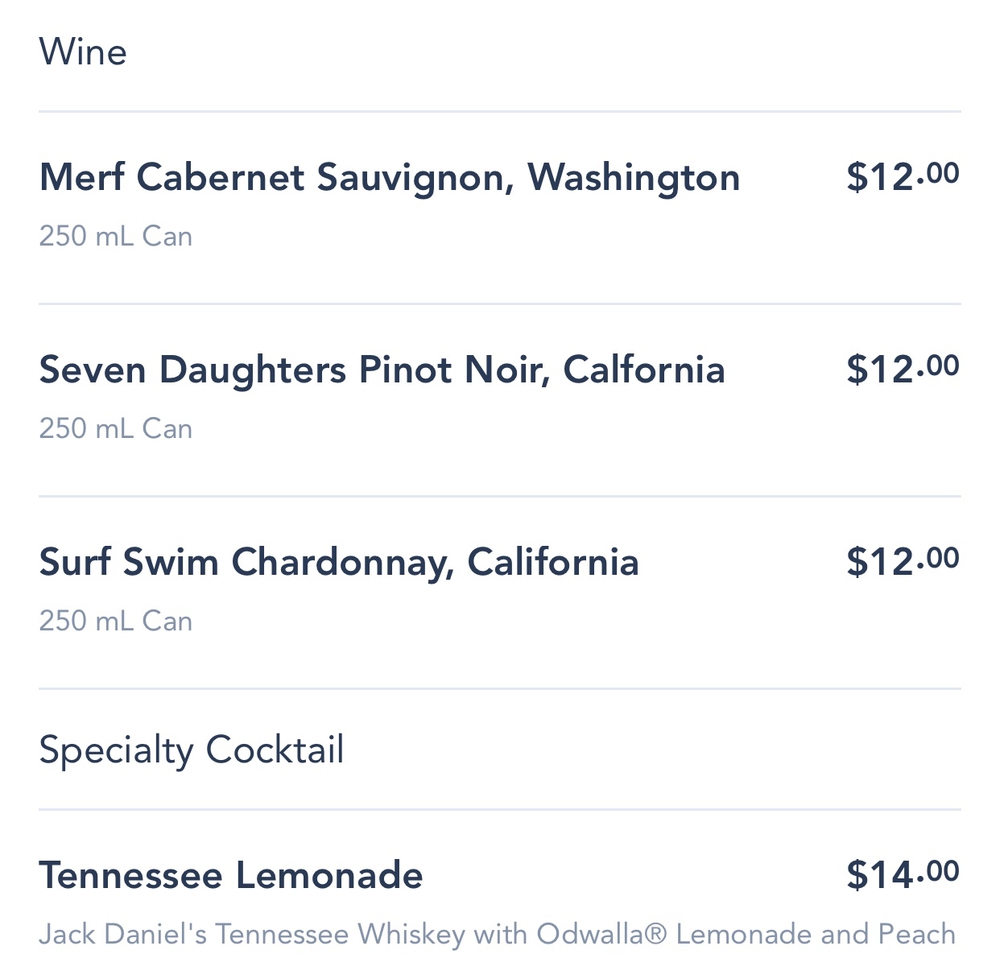 Lastly, three vineyards from California and the Pacific Northwest will be featured on the menu, as will a specialty cocktail featuring Jack Daniels.

I’m looking forward to dining at Regal Eagle, and, again, I must say that I am excited that the team that created the menu took note of something that Epcot fans have wanted: a dining location in the American Adventure that offered a sampling of regional flavors and dishes from around the country. I have high hopes, and I’ll be sure to let you know my thoughts once Sam Eagle announces that he’s ready for his “salute to all cook-offs…but mostly barbecue”.