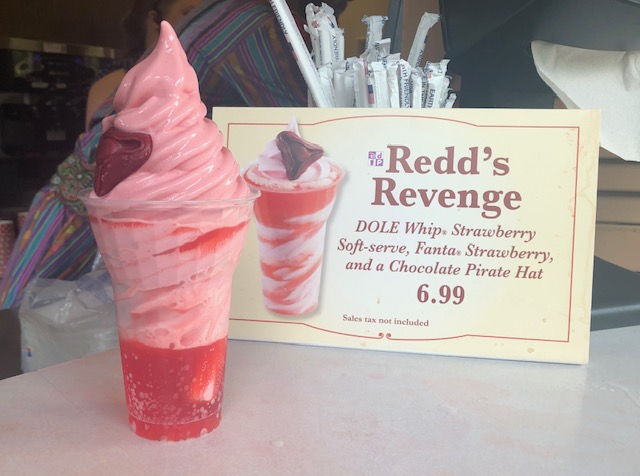 A new treat debuted on Monday, July 1st at Sunshine Tree Terrace in the Magic Kingdom: Redd’s Revenge Float. The cast member serving me the float explained that, even though the treat debuted on Monday, it wasn’t really promoted until yesterday. This cool and refreshing snack is themed to honor a now famous Adventureland character: Redd the Pirate from Pirates in the Caribbean. 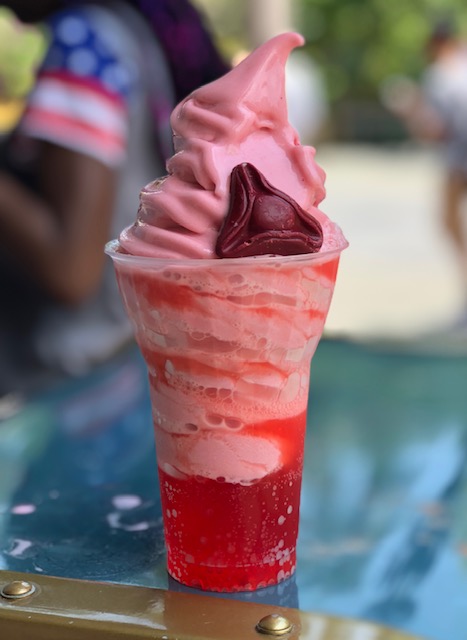 In this new concoction, cool and creamy Strawberry Dole Whip is combined with Strawberry Fanta to create the perfect mid-afternoon snack for a hot summer day. The float is topped by a chocolate replica of Redd’s pirate hat. Redd’s Revenge Float is $6.99 before tax, and is along the same lines as the Peter Pan Float found at Storybook Treats in Fantasyland (non-pineapple dole whip + chocolate topper + carbonated soda = deliciousness). This new treat hits the spot, and is something you’ll likely want to share with your friends on social media. 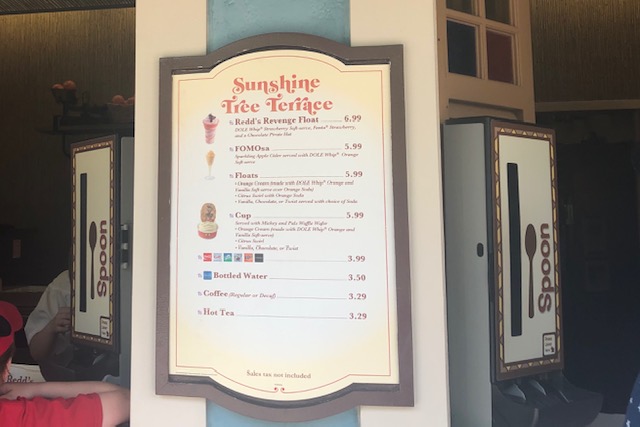 Other new items on the menu at Sunshine Tree Terrace include the FOMOsa (how cute is that?) and a Mickey and Pals Waffle Wafer that can be added to your Citrus Swirl or orange cream, vanilla, or chocolate soft serve.

Be ye warned…Redd’s Revenge Float is sweet! If your sweet tooth is on the smaller side, you might consider bringing a buddy with you to help you finish it off. Also, keep in mind that the float tends to melt quickly. Life’s short. Eat dessert first. And fast!