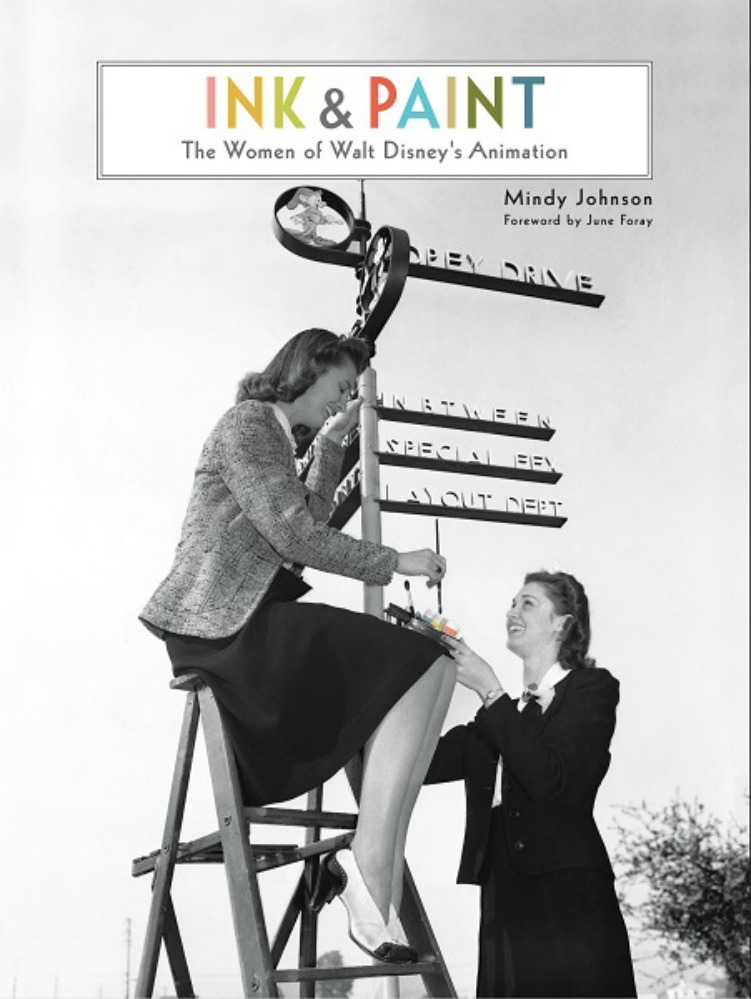 ShareTweetSubscribe
In the early part of the twentieth century, women had a limited choice of occupations. If they were not working as dressmakers, teachers, domestic service workers or nurses, they were housewives and mothers. However, in Hollywood, California, another option was available – working in animation. “As artists, women could find professional roles within Ink & Paint, which offered decent pay and an entry into the world of Hollywood.” writes Mindy Johnson. Johnson is the author of “Ink & Paint: The Women of Walt Disney’s Animation,” a new book out on September 5, 2017. This book tells, for the first time, a complete and detailed history of the women who made a significant contribution to the success of the Walt Disney Company and in the field of animation. “… (The) last century marked an extraordinary time of advancements for women within every aspect of animation,” says Johnson. “Yet very little is known about this history … “ The men who worked at Disney – particularly in animation – have always gotten the attention and most Disney fans know of only the names of a few women who have had a significant impact in the Walt Disney Company. Those include Margaret Winkler, Mary Blair, Leota Toombs, Retta Scott, Edna Francis Disney (Roy’s wife), and Lillian Bounds Disney (Walt’s wife). However, without the talents of countless other women – many in the Ink & Paint department – there would be no Disney classic animated features. “According to legendary Disney animator Ward Kimball, precise inking was no small feat,” writes Brenda Litzinger, Associate Registrar at The Walt Disney Family Museum. “He once recalled, ‘Those inkers had to be really good, they weren’t just tracing animators’ drawings, they had to get the feeling of the animators’ pencil lines too.’“ In her book, Johnson starts off with an overview of the history of women in Hollywood, film, and animation and introduces the reader to animation pioneers such as Helena Smith Dayton and Mildred Walker. The remainder of the book – divided by decades - delves deep into Disney Animation, its history, and all the unsung women who made it possible. In addition to stories about the Ink & Paint Department, Johnson also wrote about the women in stenography, Imagineering, and more. “There’s even a look at the Studio cats, who were cared for by the women of the Ink & Paint Department,” says Mariana Uribe at Oh My Disney. Photographs, diagrams, drawings, and artwork – many of which have never been seen before – fill this 384-page book. According to Uribe, some of the images and documents were “literally found under the beds of relatives of some of these women.” It’s hard to pinpoint a favorite part of the book, but towards the end, Johnson recognizes 144 women – in yearbook-style photos – who otherwise were not mentioned in the book. That’s pretty special. “Ink & Paint: The Women of Walt Disney’s Animation,” is so detailed and the research and information is so in-depth, it could easily be the textbook for a course on animation at any college or university. It’s an amazing tribute to these previously overlooked and underappreciated women and the contributions they made to the Walt Disney Company and the world of animation. Image Source: Disney Editions
ShareTweetSubscribe