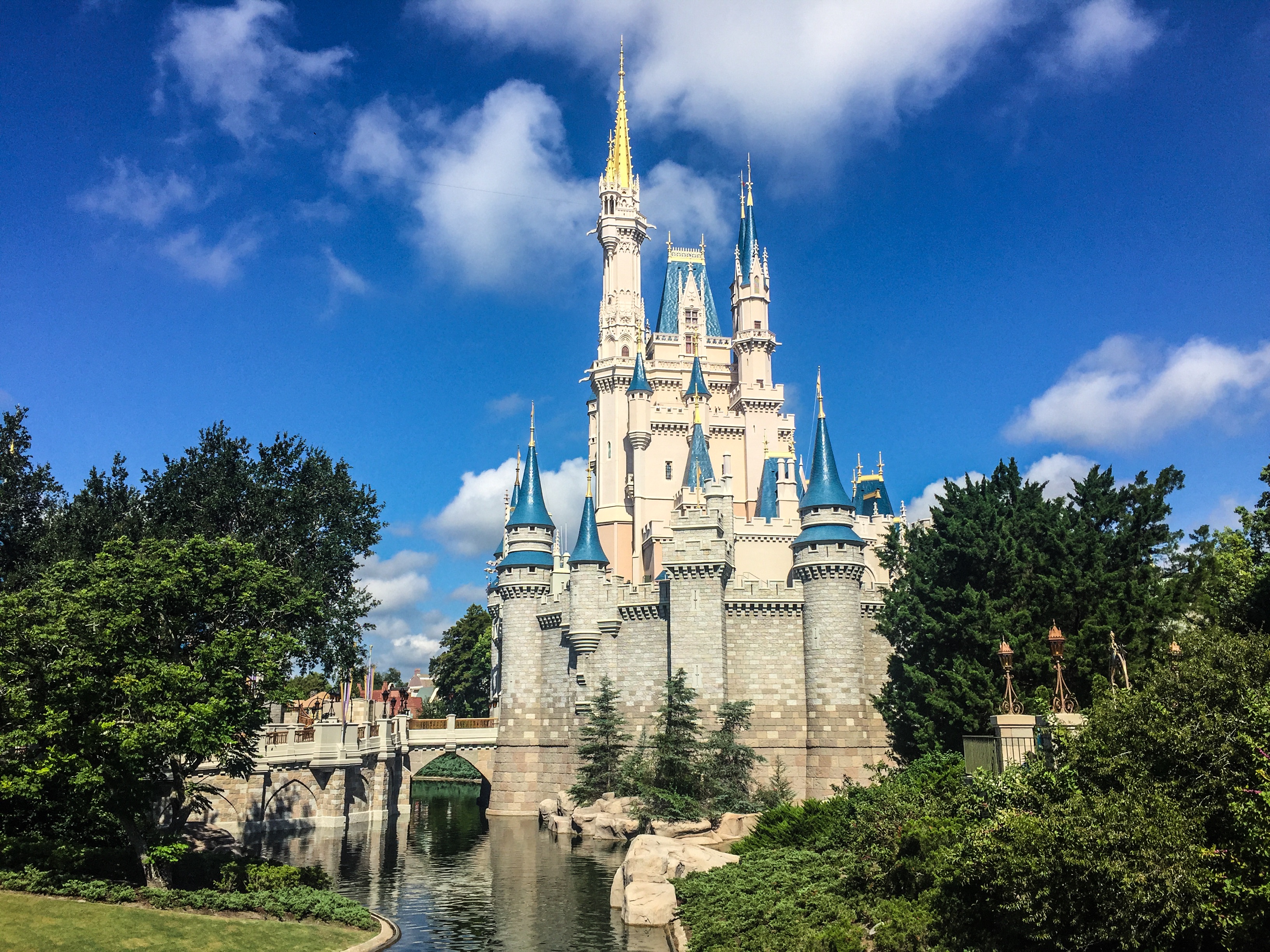 The architectural theming from Liberty Square to Frontierland represents  the geographical layout of the United States. The Haunted Mansion in Liberty Square is themed as an upstate New York mansion, representing the eastern side of the country. As you walk towards Frontierland, you’re moving west concluding with Big Thunder Mountain Railroad, which represents Utah and Arizona, or the western side of the country. When the Contemporary Resort first opened in 1971 it looked like something right out of the future, and that design was perfect for many reasons. One reason this design fit so well is because the resort is the backdrop to Tomorrowland. If a resort was going to be able to be seen from the park it had to fit in with the theming. The brilliance of this decision is that it makes Tomorrowland something that is larger than life. The resort was the perfect choice for Tomorrowland’s horizon. Being backed by the most futuristic looking resort on Walt Disney World property makes it a seamless fit for Tomorrowland. 30 minutes after the park closes the castle has one last show for its guests. The Kiss Goodnight is essentially one last goodbye to the guests in the park. It is an emotional experience that most guests miss. It is the perfect way to say goodbye to the Magic Kingdom, and to Walt Disney World in general.

The castle begins to twinkle as the When You Wish Upon A Star comes over the speakers. Then the announcement crimes in with:

“Ladies and gentlemen, boys and girls, on behalf of everyone here at the Magic Kingdom, we thank you for joining us today for a magic gathering of family, friends, fun, and fantasy. We hope your magical journey with us has created wonderful memories that will last a lifetime. Walt Disney said that the Magic Kingdom is a world of imagination, hopes, and dreams. In this timeless land of enchantment, magic and make believe are reborn, and fairy tales come true. The Magic Kingdom is a place for the young and the young at heart. A special place where when you wish upon a star, your dreams can come true. Until we see you again, have a safe trip home. Thank you, and goodnight.” Have you ever noticed someone familiar in The Haunted Mansion? In the big dining room scene in The Haunted Mansion sits an old woman. If she looks familiar you aren’t crazy, she is actually the original grandmother from Walt Disney’s Carousel of Progress. This is one small detail that most guests will never pick up on. Yet, in my opinion it is facts like this that make Walt Disney World history so interesting. 5) Liberty Bell Is An Actual Replica

The Liberty Bell located in Liberty Square is an exact replica that was cast from the mold of the actual Liberty Bell in 1989. Disney’s authenticity is what makes their parks such a magical place. Going above and beyond what is require of them to do is what makes the Disney parks like the Magic Kingdom feel so genuine. Little things like this is what would have made Walt Disney so proud.