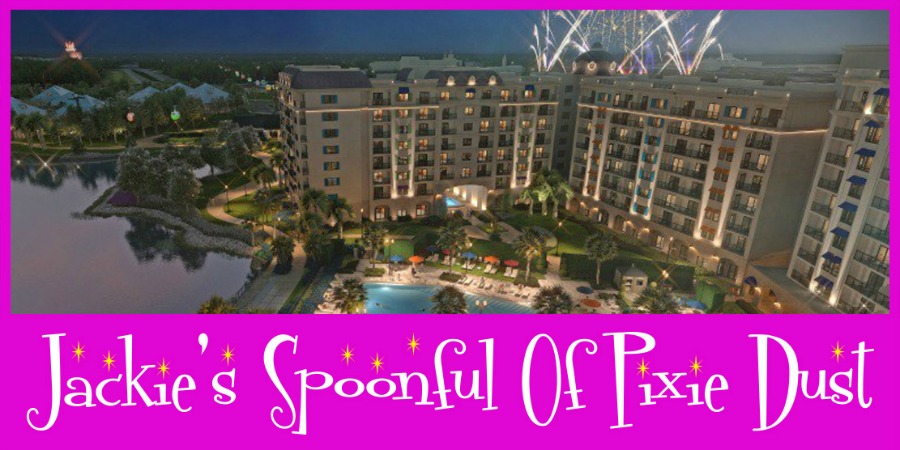 ShareTweetSubscribe
I’d like to preface this article by saying that even though you see “Spoonful of Pixie Dust” at the top and are likely used to reading things that are a bit more upbeat from me, sometimes the amount of Pixie Dust in the spoon, or perhaps the size of the proverbial spoon itself, are a bit smaller on certain occasions such as this. Back at the D23 Expo in 2017, Bob Chapek announced Disney’s Riviera Resort as the 15th Disney Vacation Club property. He explained that the Resort would boast unbelievable views of the nighttime spectaculars at both Disney’s Hollywood Studios and Epcot as well as a rooftop restaurant that we now know to be Topolino’s Terrace – Flavors of the Riviera. Some folks have not been too excited about the European theming of the Resort, but I don't get why everyone's so judgmental about it. As a Disney Vacation Club Member myself, I’ve been pretty jazzed about the upcoming Resort since it was first announced and I’ve been getting more excited as details have slowly been revealed. Last month when the all-new Tower Studio room category was announced, I was slightly over the moon as these studios are being built to accommodate a maximum of two people which sounds like a fabulous weekend for my husband and I in the making. In fact, what a great place to stay for any couple or solo adult vacation! Here’s the thing, though. Along with that announcement came the news that the upcoming Resort was already available for booking with arrival dates beginning on December 16, 2019. As any DVC Members interested in this property likely did, I headed straight to the DVC Member website to see how many points it would take to book two nights in a new Tower Studio only to find out that I couldn’t book using points because the points charts had not been made available yet. Surely there was some kind of mistake or oversight because they would certainly not open cash reservations to the general public before allowing their own DVC Members to make reservations at a brand new DVC Resort, right? Now comes the part where I’m pretty disappointed in how this is going down. Reservations have been open for approximately three weeks and we still don’t have a points chart. These Tower Studio rooms are very expensive too — definitely well over my budget — so making a cash reservation to tide me over was not going to happen at nearly $500 per night. Additionally, converting a cash reservation to a points reservation is not as easy as you might think and oftentimes cannot be done at all. I suppose all there is to do now is hope that when a points chart is finally made available, there will still be Tower Studio rooms available for DVC Members to book. Am I the only one feeling like Disney Vacation Club Members should have had first dibs on making reservations at this new Resort?
ShareTweetSubscribe