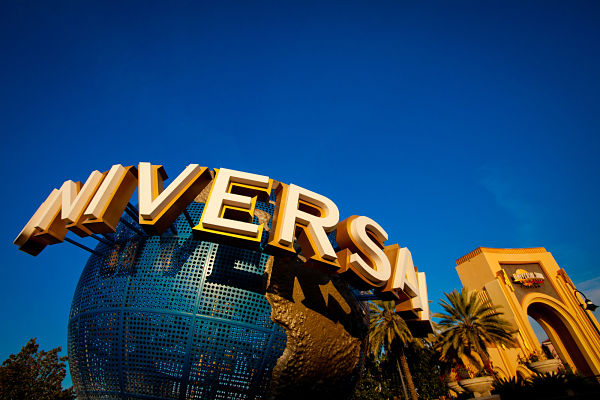 ShareTweetSubscribe
Walt Disney World purists who still refuse to enter either of the Universal Orlando Resort parks may not realize it, but over the past few years Universal has pushed Disney to be better than ever before. The healthy competition started the day that the Wizarding World of Harry Potter opened in Islands of Adventure in 2010. Since the Wizarding World’s huge success, Disney has realized that although they are still the top dog in Orlando, they actually have some real competition in town. As fans of both of these theme parks, this competition is great. The money that is being invested in both of these parks will only continue to grow.

While Disney hasn’t opened a 5th gate, they are still making some pricey investments. For example, Pandora – The World of Avatar is going to cost Disney about $500 million dollars. To give you some perspective, the entire cost of Disney’s Animal Kingdom when it first opened in 1998 was $1 billion dollars (~1.4 billion with inflation for 2016). So, the two attractions and couple stores and restaurants in Pandora – The World of Avatar is costing Disney literally half the cost of what the rest of the entire park cost Disney in 1998. That is astronomical, even with inflation. With huge investments like this, Disney is clearly taking the threat of Universal Orlando seriously. While Pandora – The World of Avatar is opening in 2017, Disney has also announced two other giant expansions with Star Wars Land and Toy Story Land in Disney’s Hollywood Studios. We have a true battle going on in Orlando, as much as Disney hates to admit it. With Comcast NBCUniversal now owning the Universal Parks, they have the money and are willing to compete with Disney. Disney was banking on these two expansions in combination with Pandora – The World of Avatar slowing down Universal's willingness to invest. Instead they doubled down. 10 years ago if Disney made a big announcement like Pandora – The World of Avatar, Star Wars Land, or Toy Story Land, there was not much Universal could do, but things have changed. Not long after Disney announced Pandora – The World of Avatar, Universal announced Volcano Bay, which will be a waterpark that Universal is branding as their third theme park. Additionally, Comcast NBCUniversal has confirmed that they’ve bought 475 acres of land for $130 million dollars, which will almost certainly be for yet another theme park. At that point Universal Orlando would have three true theme parks plus Volcano Bay water park, which like I said, Universal is also dubbing a theme park. This fight has only begun, and Universal still has a lot of ground to make up if it can truly ever take over Disney’s spot as the top dog in Orlando, but with Comcast NBCUniversal's willingness to throw money at their theme parks, it could be an interesting competition in the coming years. I truly believe that due to this competition, we could see a new Walt Disney World theme park announcement within the next 10 years. This fight is far from over, and I think it will only grow in intensity over the next couple years. So how has this made Disney stronger? Well, before the Wizarding World of Harry Potter was in Islands of Adventure there was nobody in Orlando that could touch Disney. They were invincible, and they knew it. From the late 1990s until recently Disney had very little new investments in Walt Disney World. After the completion of Disney’s Animal Kingdom, Disney had about 12 years where new rides and expansions were very rare. Now that Disney has some real competition on their hands they are actually improving the attractions, and announcements for new expansions and attractions seem to be somewhat frequent. They are beginning to realize they are no longer invincible in Orlando. Photo Credit: Disney and NBCUniversal
ShareTweetSubscribe