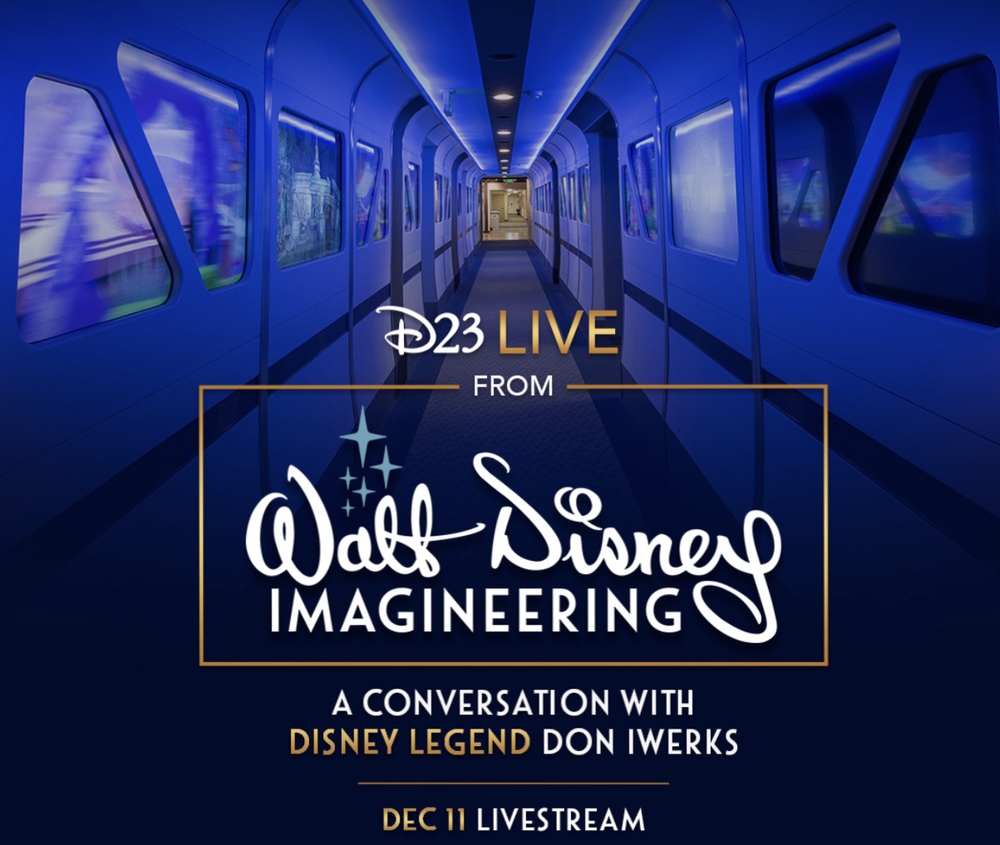 D23 and Walt Disney Imagineering will present a special livestream event on Wednesday, December 11th as they host a conversation with Disney Legend Don Iwerks. Don will share stories and experiences as detailed in his newly released book Walt Disney’s Ultimate Inventor: The Genius of Ub Iwerks. He will give sneak peeks into the new methods of storytelling created by Disney Imagineers and filmmakers that have resulted in some of the most-loved Disney parks attractions.

The livestream event will take place on Wednesday, December 11th from 3- 5:30pm PST. The pre-show will begin at 2:30pm PST.