Luckily, I was born as an extrovert. If I like you it doesn’t matter if I have known you for five minutes or five years, I normally feel perfectly comfortable. I’m not saying this to brag, because sometimes I come on a little strong. This ability to chat has given me the chance to meet lots of like-minded Disney friends. If I find out you are a Disney fan, I’ll probably talk your ear off.

While attending the 10th-anniversary DisUnplugged Mega Meet, I watched how people interacted with each other. It made me wonder how these strangers had met their Disney friends, how I met my Disney friends, and what were some tips to meet more. Here are five great places to meet some new friends even if you are shy. Oh, and by the way, my hat goes off to people who are quieter. The ability to not blurt out every thought you have amazes me. There is a nonstop highway from my brain to my voice, and for some reason, the thoughts never stop to ask for directions.

The Internet can be a pretty intense place. People love to state their opinions on everything, but that doesn’t necessarily have to be a bad thing. Places like the incredible DISboards are a fantastic place to share your love of the parks and all things Disney. This is an awesome place to start because you can really control the relationship. You can answer a few questions on a thread or start an entire conversation. The fans on these boards are looking to connect with people just like you. They also know what it’s like to answer the question; “Disney vacation again?”. You can introduce yourself first or wait for someone message you. For the really shy people, it’s great because you can build up a relationship before meeting face to face when you feel comfortable. You can really progress at your own speed. It’s a good place to start. Do you know there are weekly Disney meet ups in most cities? There are regular people who put up scheduled events like movies or book clubs, and people sign up to attend. They even have them in the parks too. There are some to walk around Epcot twice a week, dinner every second Thursday and even Disney arts and craft days. All organized by fans just like you. I won’t pretend that showing up to a restaurant to have dinner with a bunch of strangers isn’t intimidating but it’s so much fun. When my husband and I first moved to Orlando we signed up for some movie events at the AMC in Disney Springs. We met people from all over the country who were amazing. This was really stepping out of my husband’s comfort zone, but he felt better being there with me. Probably because I have a habit of doing all the talking. So if you are shy, for the first time bring a friend or partner along. Always do what makes you feel comfortable. Do you have a favorite Disney podcast or website? If you are on this site I can probably guess what it is. Well, keep an eye out for their official events. Those are fantastic places to meet new Disney friends. You already have something in common when you show up. For example, the DisUnplugged MegaMeet just happened and I was lucky enough to attend a few of the events. One of the events was instruction on how to take better video in the parks. I thought it was going to be a standard lecture but it ended up being a small group walking around The Boardwalk. Since the group was so small we really got to talk to each other. The group was great and I even got to meet someone who I instantly wanted to be friends with. Without going to the event I don’t know if we would have met in person, and we wouldn’t have had the great laughs we did. That’s the kind of magic that happens at these events.

They happen all over the country and you meet people who can become lifelong friends. I’m not saying the person I mentioned earlier and I are going to become best friends but it’s always nice knowing there are great people out there that you have yet to meet. There is so much negative talk about people these days and it’s important to let people surprise you with their goodness. People are good. Don’t be afraid to reach out to strangers either. Did you read a fantastic article by Stephen Porter on the DIS? Well, send him a note to say he did a good job. Think Teresa is a fantastic Podcaster on the DisUnplugged?Send her a tweet to let her know (include a cat picture for bonus points). You never know how kind words can make a difference to someone. Years ago I wrote an article on here about going to Disney after the loss of my daughter. Writing about it was a scary thing for me. The community was amazing and sent me the most incredible messages. I still email and Facebook numerous people from that time. It really showed me the power of the Disney family. Have you been walking around Disneyland and seen the groups of guests in vests with the patches? It’s impossible to walk around Disneyland without seeing these amazing groups. They call themselves social groups and every group has their own rules and hierarchy. Some you have to be local, some you have to be between a certain age, some are just for families. Each has their own specific method of taking on new members. Pledging one of these clubs is a fantastic way to meet some huge Disney fans.

You might be thinking it’s hard to join one if you aren’t a local or an annual pass holder. That has been a classic problem for fans wanting to join but things are changing. For example, the Adventurers Social Club is an international Walt Disney World social club. Their members come from across North America and are one huge family. They individually wear their vests when they travel representing the club and they are in constant daily communication about things happening in the Disney universe. They even help each other find hard to get Disney memorabilia. They may not be in the same place but have quickly become a Disney family.

Whatever way you choose to meet people, make sure you get out and try. Just because the people around you don’t understand your love doesn’t mean that others don’t. Sometimes you just need to geek out and talk about your Disney fandom. Who else is going to understand why a park exclusive Pop! Indiana Jones vinyl figure is so important to you? You just have to have it.

What’s your favourite way to meet new friends? Have any tips? Just want to give a “you’re my Disney Bestie” message to your Disney friends? Place them in the comments to make someone feel loved. 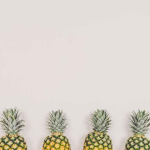