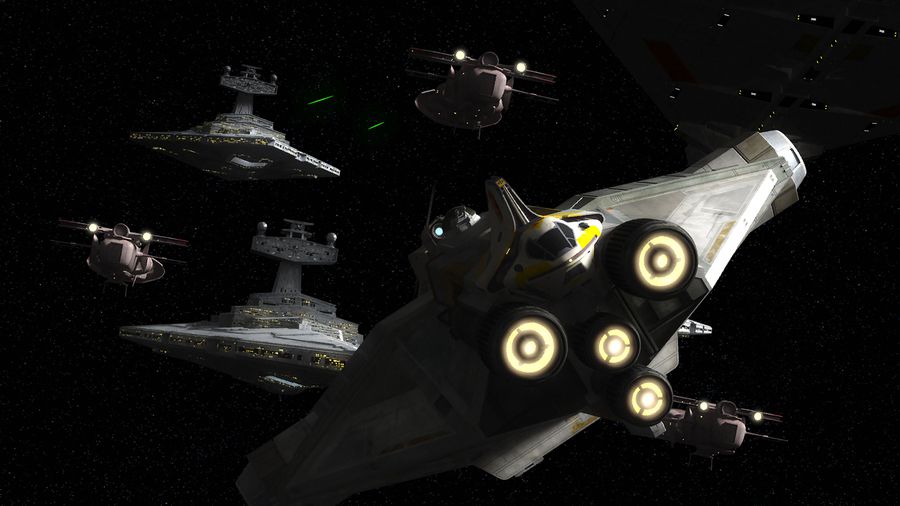 It seems like just yesterday Star Wars Rebels was announced and soon after we saw our first glimpse of Ezra, Sabine, and Chopper. Three seasons have come and gone with only one season remaining before the show comes to an end, and fans have come to embrace these further adventures in the Star Wars universe that help tie together The Clone Wars, Rogue One, and the original Star Wars trilogy. Favorite characters continue to take on new roles and challenges, while popular villain General Admiral Thrawn begins to take over Imperial efforts and make the Empire a greater threat to the Rebellion than ever before. Star Wars Rebels is a ton of fun and I highly recommend giving it a watch even if you consider yourself nothing more than just a casual Star Wars fan.

As for picking up Star Wars Rebels: Complete Season 3 on Blu-ray or DVD, it depends on a couple of things. If you own Seasons 1 and 2 then this is absolutely something you should purchase. All 22 episodes of the series are spread out over 3 discs with a variety of bonus features, and you couldn’t ask for much more with this release. The audio is booming, exactly as you would expect with any Star Wars release, and the video is about as perfect as you could get for the CG animated style. Let’s take a look at the bonus features that could end up sealing the deal on this sale. If you own Star Wars Rebels Seasons 1 and 2, make sure to pick up Season 3 on Blu-ray or DVD and complete your collection before the fourth and final season premieres on Disney XD this fall!