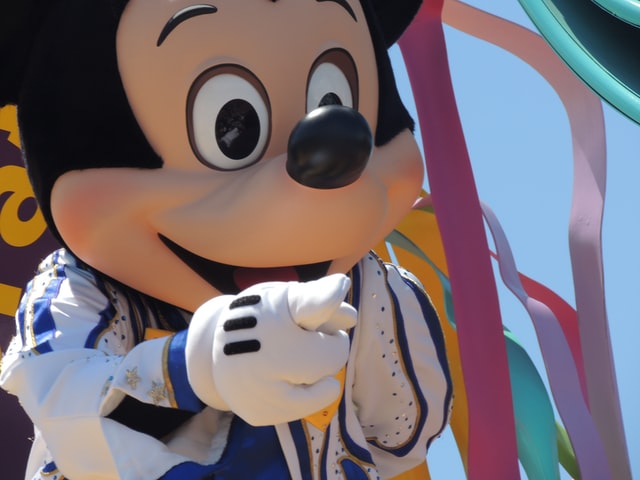 Before we get started, I admit I didn’t come up with this one alone. Alma from Erudera, an online education search platform, sent me an email a few weeks ago with a clever concept that explored what sort of degrees each princess would be studying if they were ever portrayed as tertiary education students. It was cute, and I enjoyed reading her thoughts on what and where each one would study; however, it led my Disney brain down a different track. So, I asked if I could take a crack at the idea from a different angle, and Alma was all for it.

When you think about Disney characters and how they influence our children, it makes me wonder if they could have a more significant impact if a more in-depth storyline portrayed them as a pivotal part of their community. Even Barbie makes an appearance as every seasoned professional imaginable, yet our Disney characters don’t seem to have the same diversity in their career opportunities. Today, I thought we might fix that by giving some of them a few goals to aspire to.

Let’s start with the Mouse himself, Mickey. Even though Mickey is one of the few characters to take on multiple professions (chef, race car driver, sailor, and others), I’ve never seen him find his calling. If you ask me, with a bit of education in psychology, Mickey would be perfect as our resident life coach. He is positive, active, and social, a problem solver and a real go-getter but with the seemingly ideal work/life balance. If nothing else, you know he would have an excellent Insta account!

Who better to study Marine Biology than Ariel herself? The only one of us to experience life both on land and under the sea, she is the perfect person to bridge the gap between marine animals and humans. I feel a Ph.D. topic coming on, centered around the effects of human littering on marine life featuring dinglehoppers.

Peter Pan could be destined for a career in pediatric occupational therapy where he will never need to grow up and use play therapy to help children with additional needs. Peter can use slings and hammocks to teach children to fly, working on core strength and developing coordination. Peter’s playful sense of humor would be an asset to this profession and allow him to make some decent money to live in London in-between visits to Neverland.

The Evil Queen could make a killing (take that however you prefer) on Wall Street with a little help from a finance degree. She is ruthless, fast-thinking, quick-witted, and isn’t weighed down by all those pesky emotions and feelings. Sure, not all Wall Street jobs come with the same undertone of wickedness, but let’s just say she wouldn’t do a bad job of it!

Now, we are going to need something a bit more community-minded. What about Lilo from Lilo and Stitch? I can see her studying to be in social services, perhaps focusing on helping foster children and orphans find new homes and be cared for.

We draw so much inspiration from the classic characters of Disney, many of them playing much more than a decorative role in our younger years. It seems such a shame that their stories end at a particular place in time without encouraging us to embrace that same positivity and motivation in later years. I’d love to think that I would have wanted to follow in Belle’s footsteps because she became a literacy professor, enchanting all of her fellow academics — while wearing stunning ballgowns, of course.

I could go on all day, but instead, I would rather hear your thoughts. What Disney character can you see a future for, and how would you describe their potential career path?

Big thanks to Alma and Erudera for the idea!