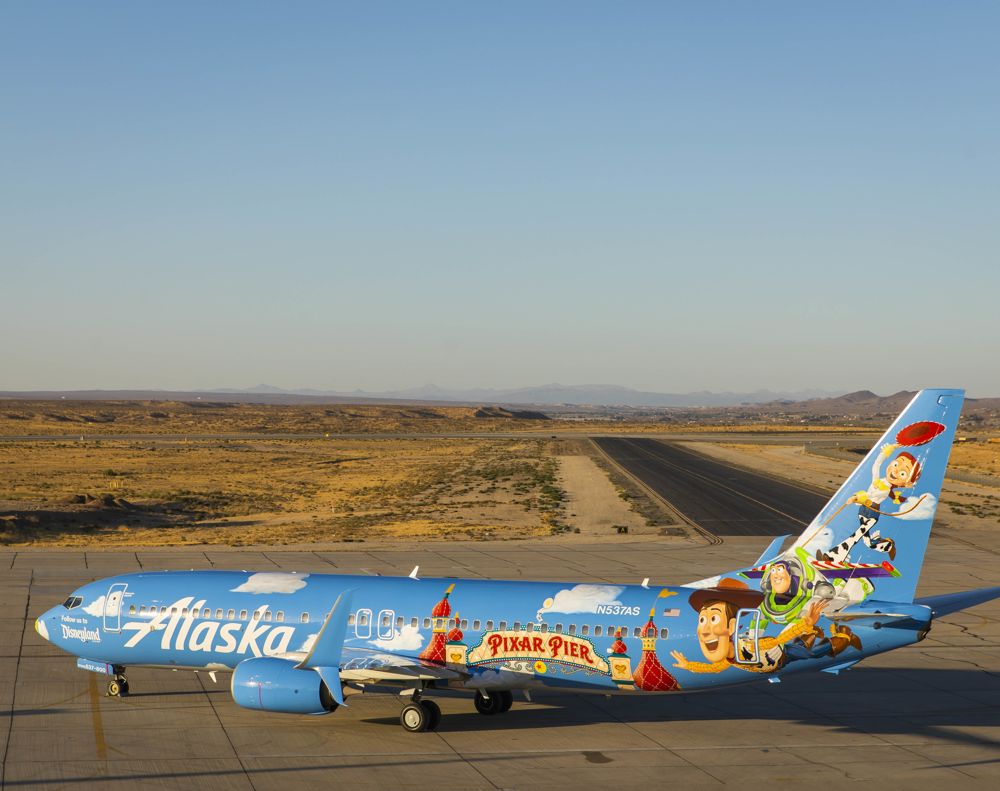 Larger than life Pixar Characters such as Woody, Buzz Lightyear, and Jessie from the Toy Story films can be seen on both sides of the aircraft and other friends such as one of the Green Aliens and Rex the Tyrannosaurus make special appearances as well. 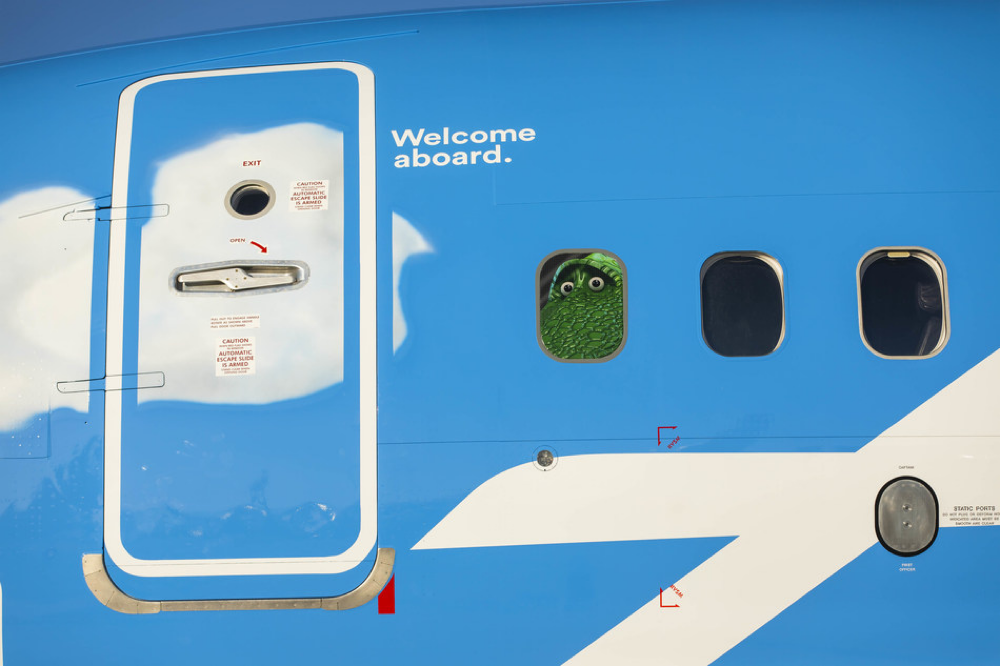 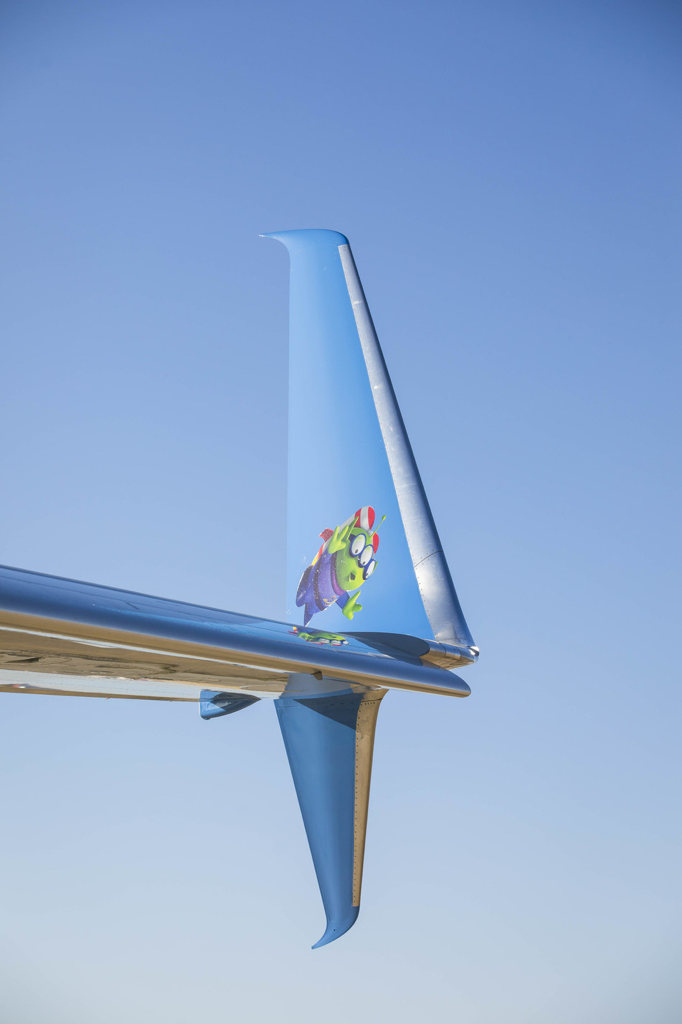 The plane was named, ‘Friendship and Beyond at Disneyland Resort.’

The unique design is a collaboration between the teams at Alaska, Disney, and Pixar. The Pixar Pier-themed 737-800, tail number N537AS, begins flying throughout Alaska’s route today [10/7/19], welcoming guests with its artistic flair for many years to come. To get the job done, the exterior of the plane required more than 2,800 work hours over 24 days using more than 50 gallons of paint – in 44 primary colors and custom shades – to completely repaint the aircraft with the vibrant new livery. 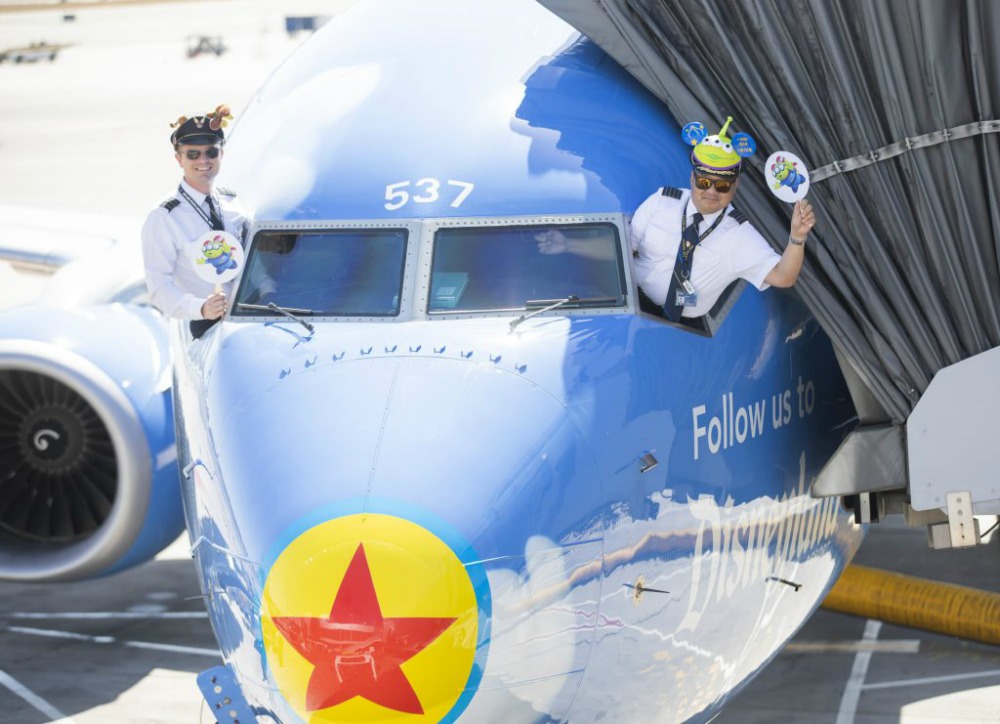 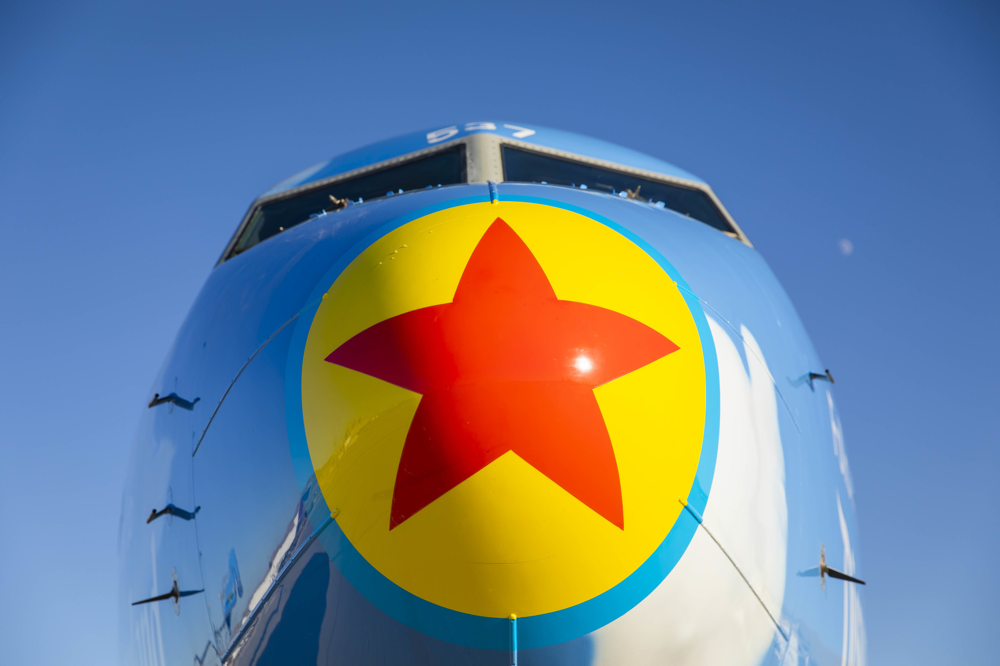 The inaugural flight departed from Seattle with a stop in San Francisco for a special gate ceremony and then went on to its ultimate destination in Orange County.

Take a look at the video below and watch as this new, whimsical airplane comes to life.