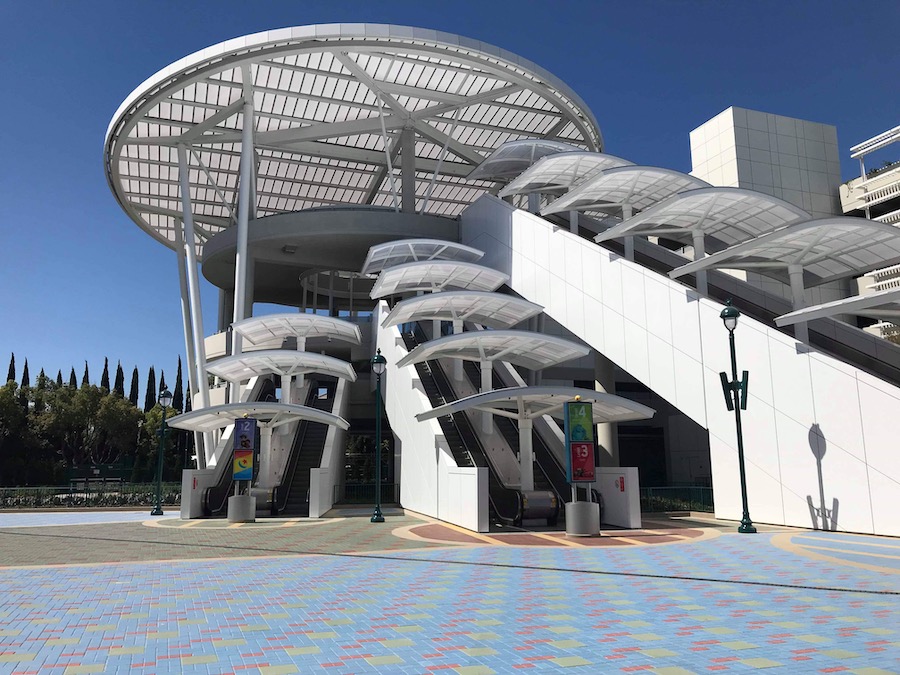 The Pixar Pals Parking Structure opened today June 30 at the Disneyland Resort. The new parking structure features over 5000 parking spaces including electric vehicle charging stations. While The DIS already reported that the new structure would be opening today we have even more pictures to share now that it is open to the public. 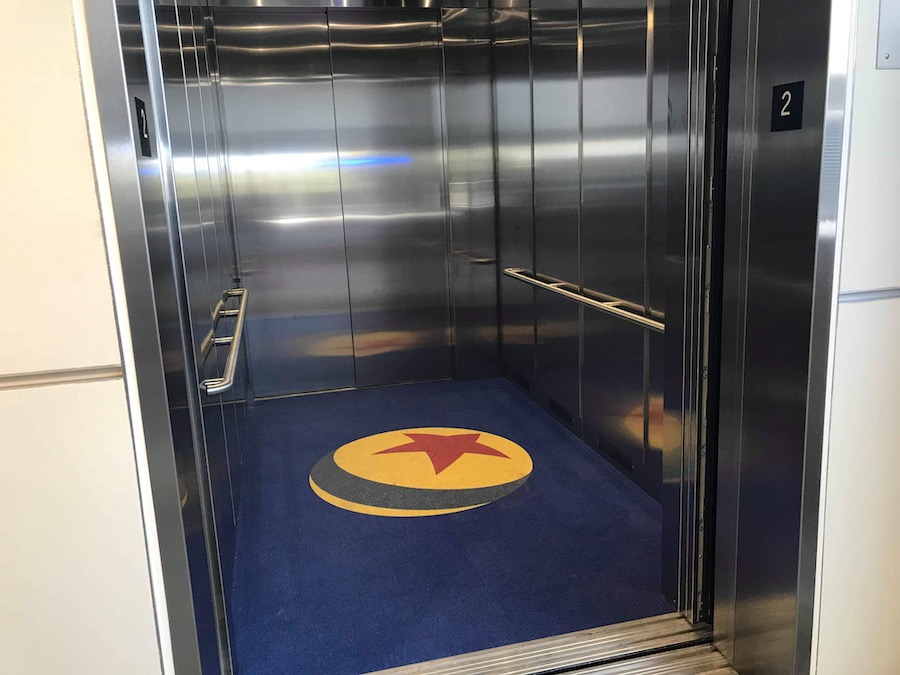 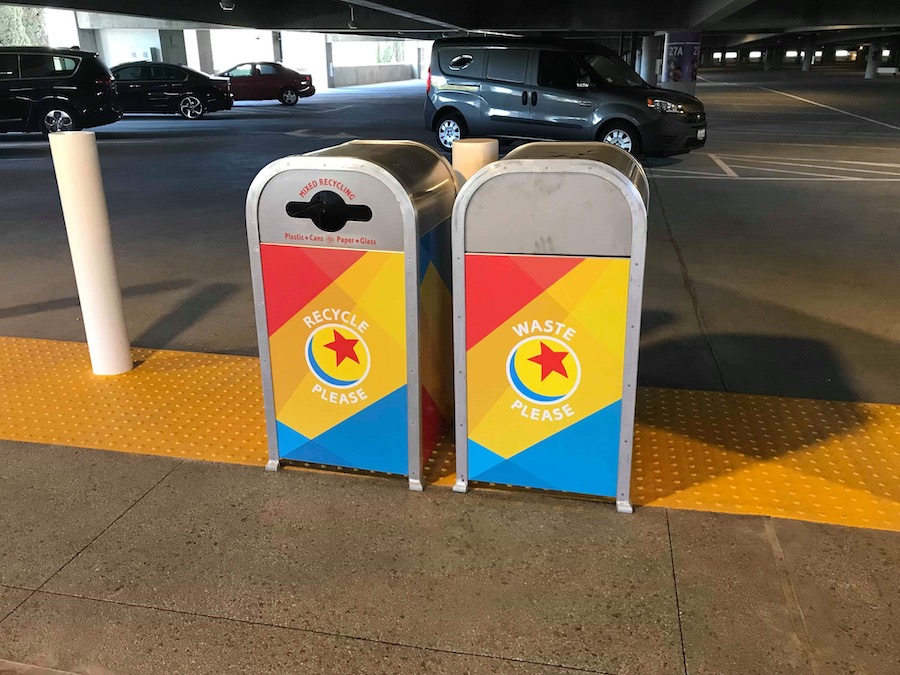 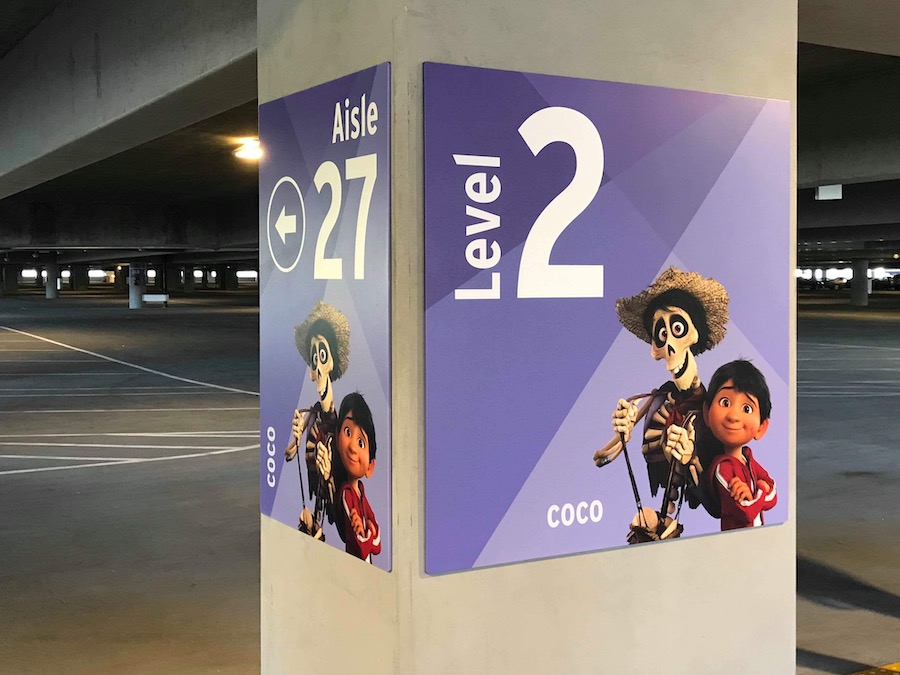 Below is the upcoming Magic Way Pedestrian Bridge will be completed in mid-September. The bridge will give guests access across Magic Way as they walk toward Downtown Disney. 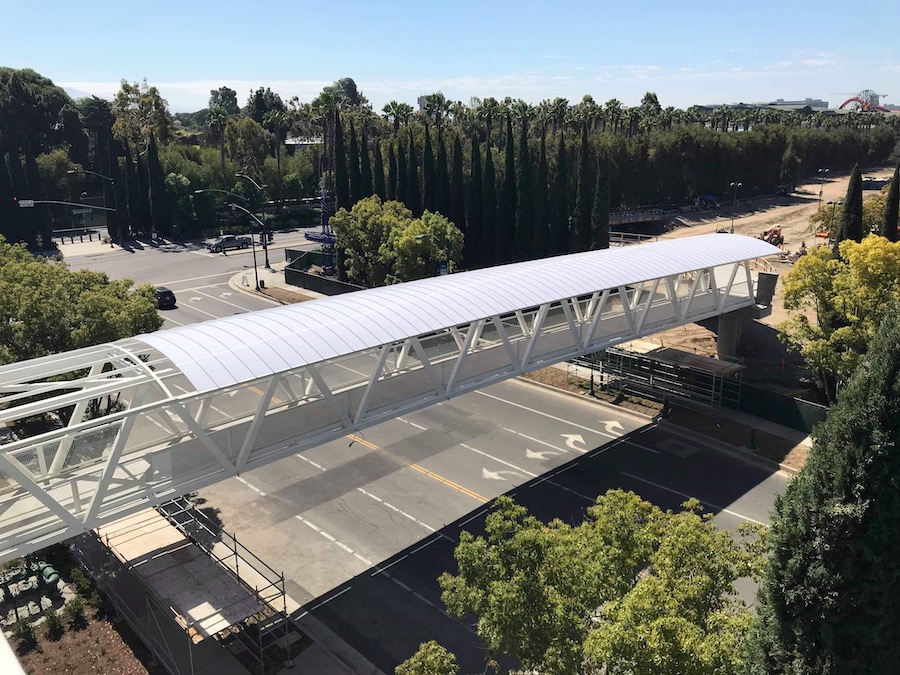 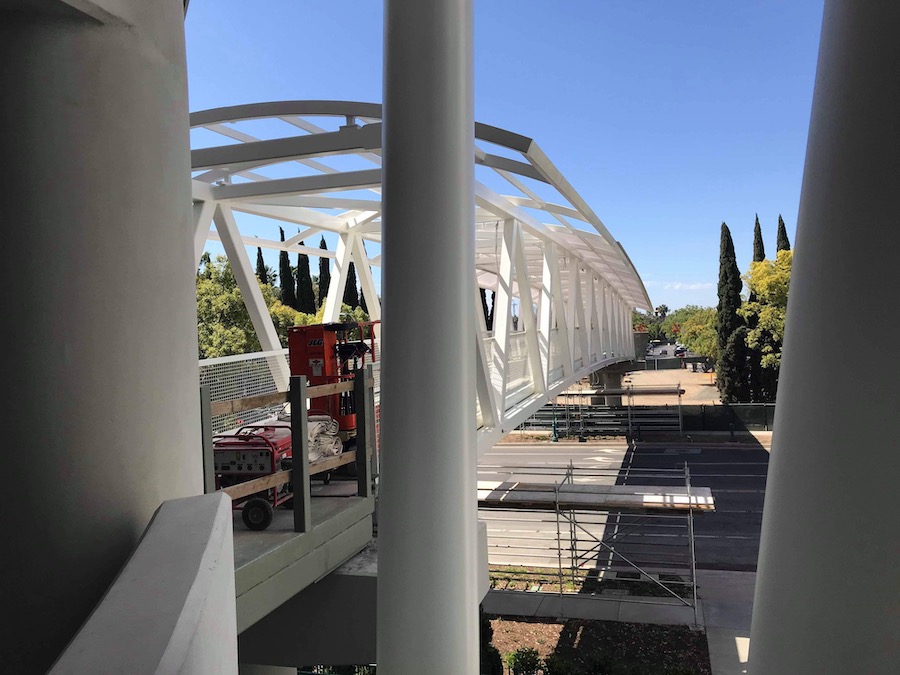 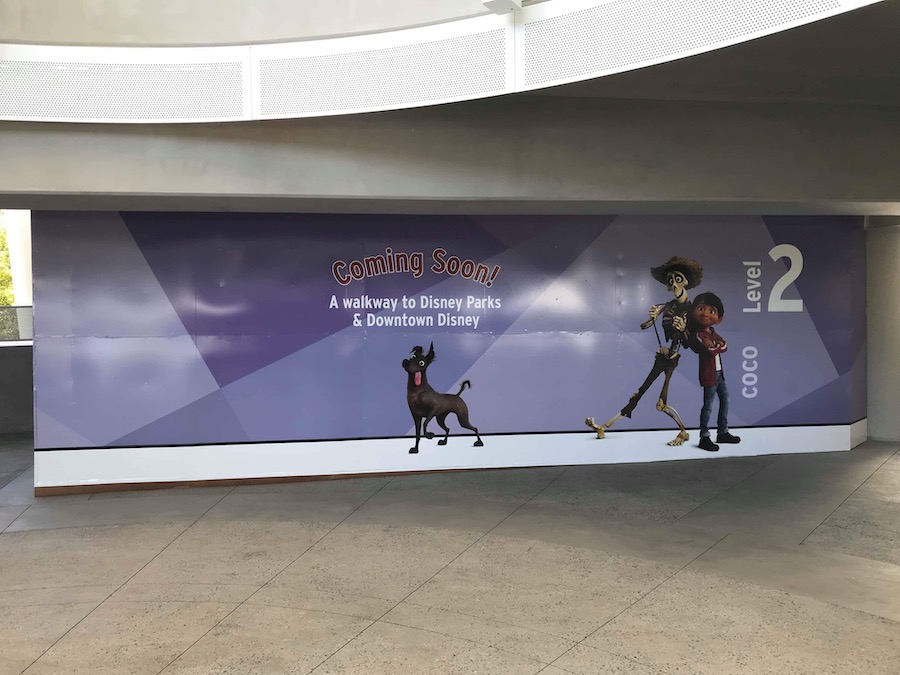 Guests with electric vehicles can take advantage of the charging stations, as seen in the photo below. 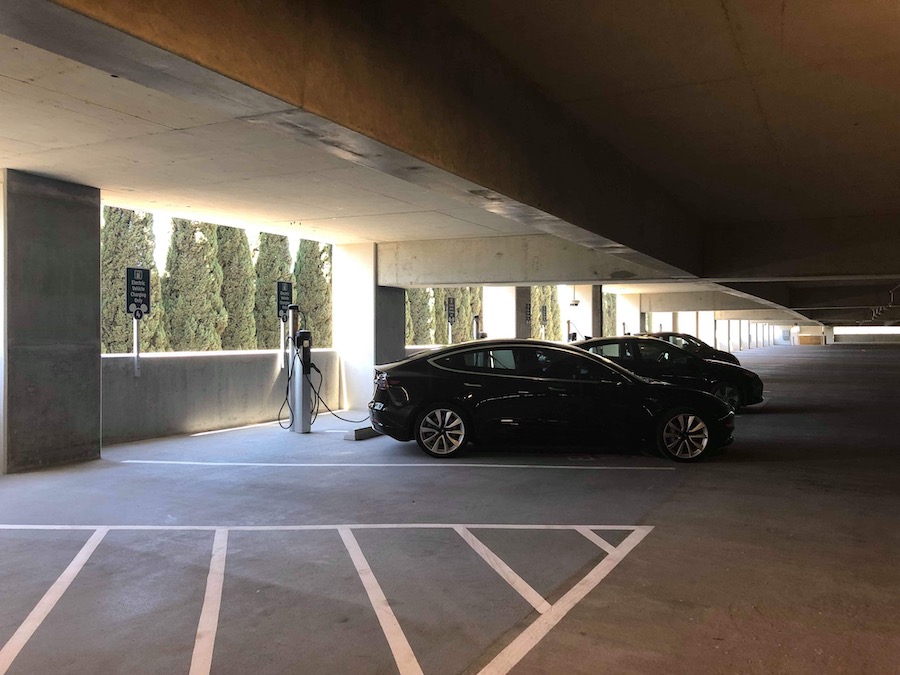 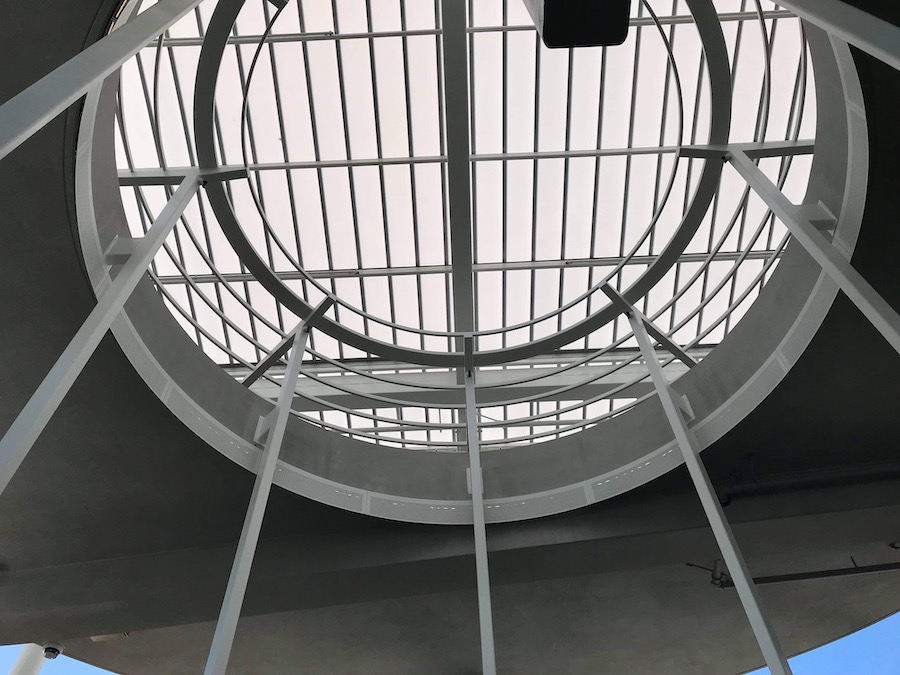 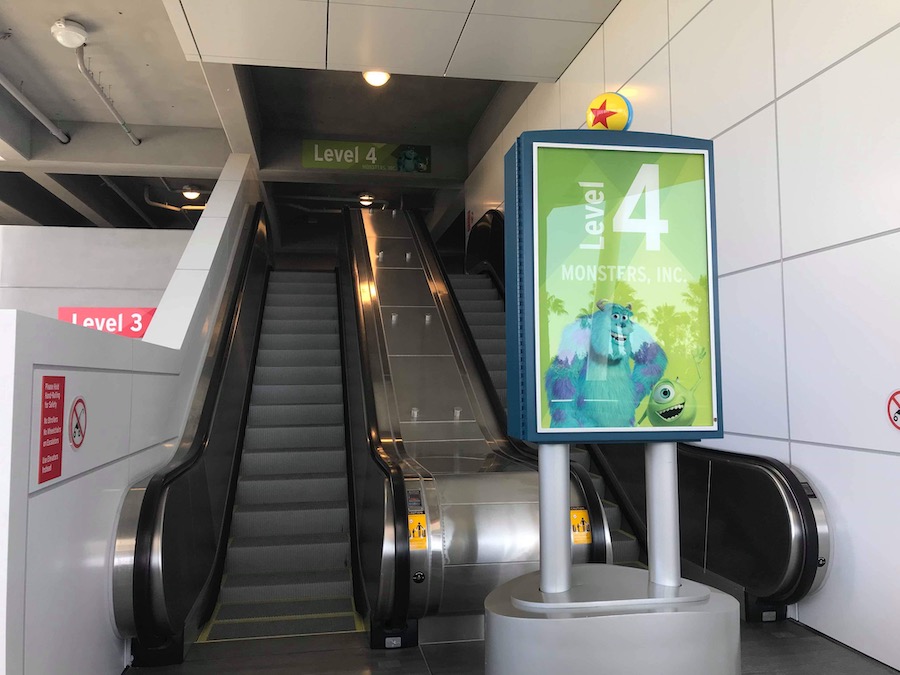 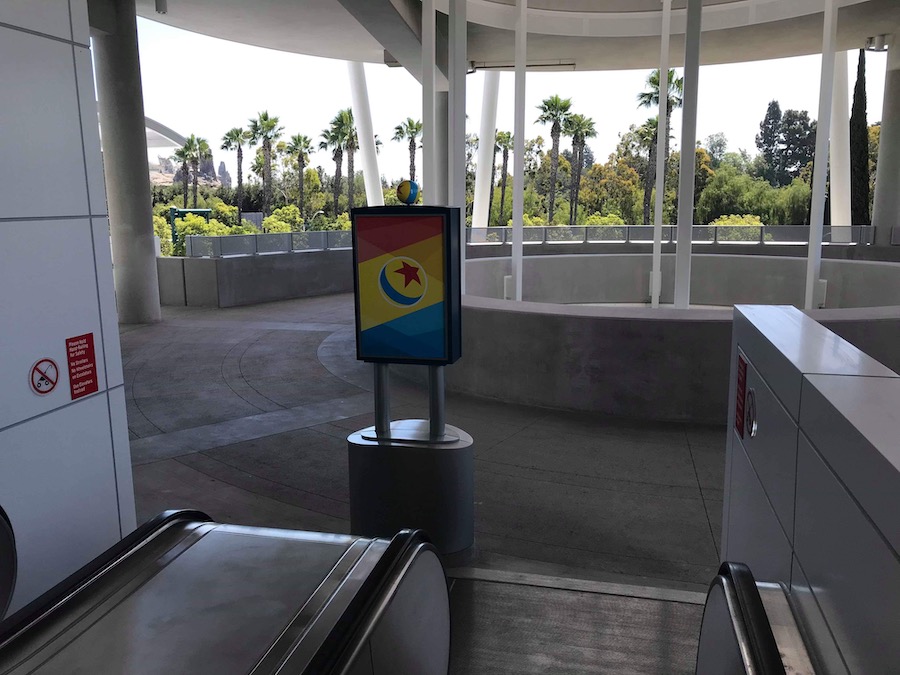 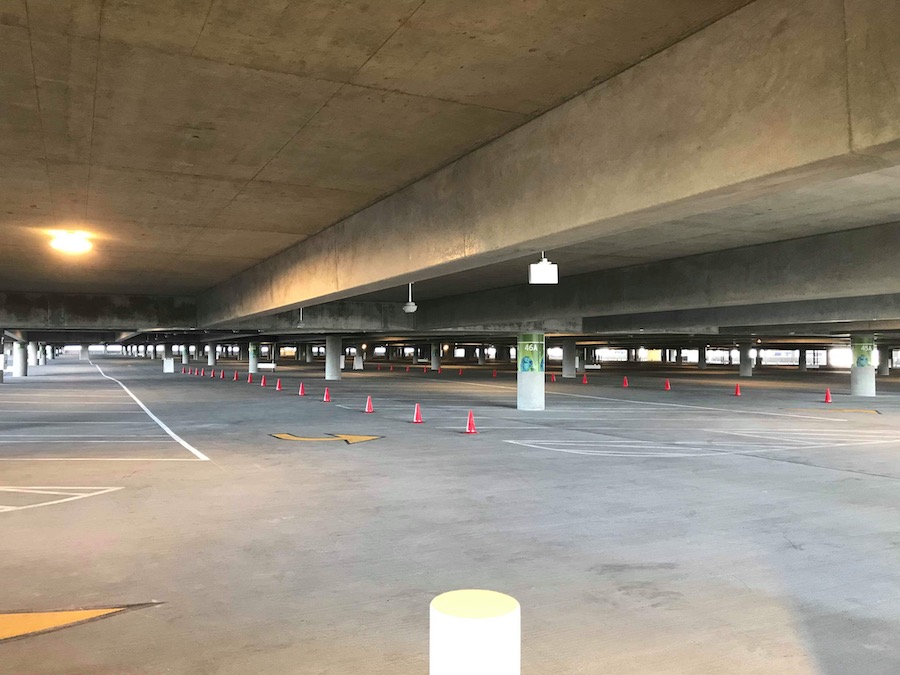 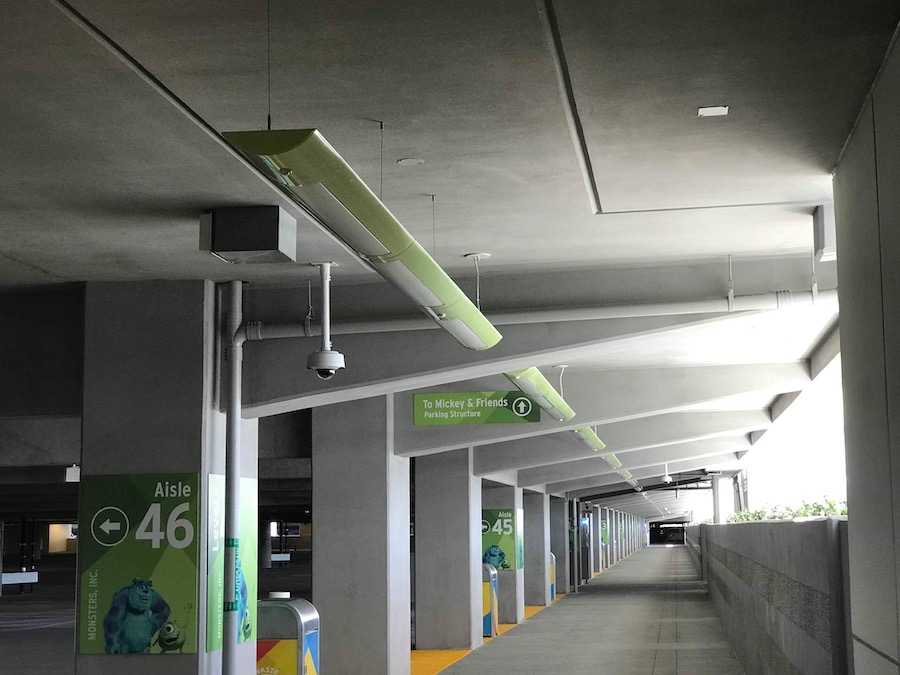 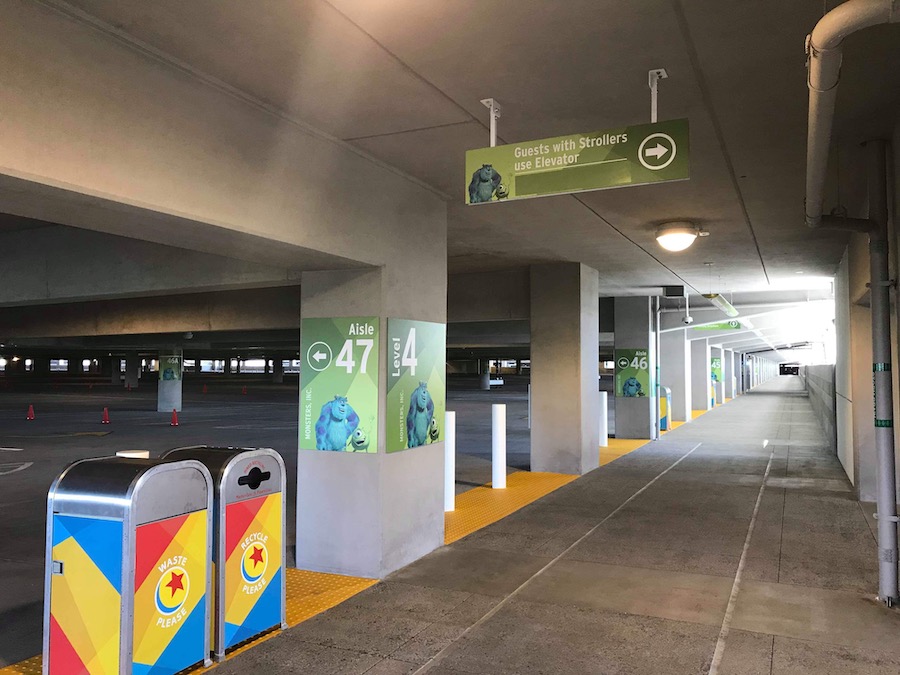 Plenty of elevators are available, which should make getting to and from your car efficient and easy. 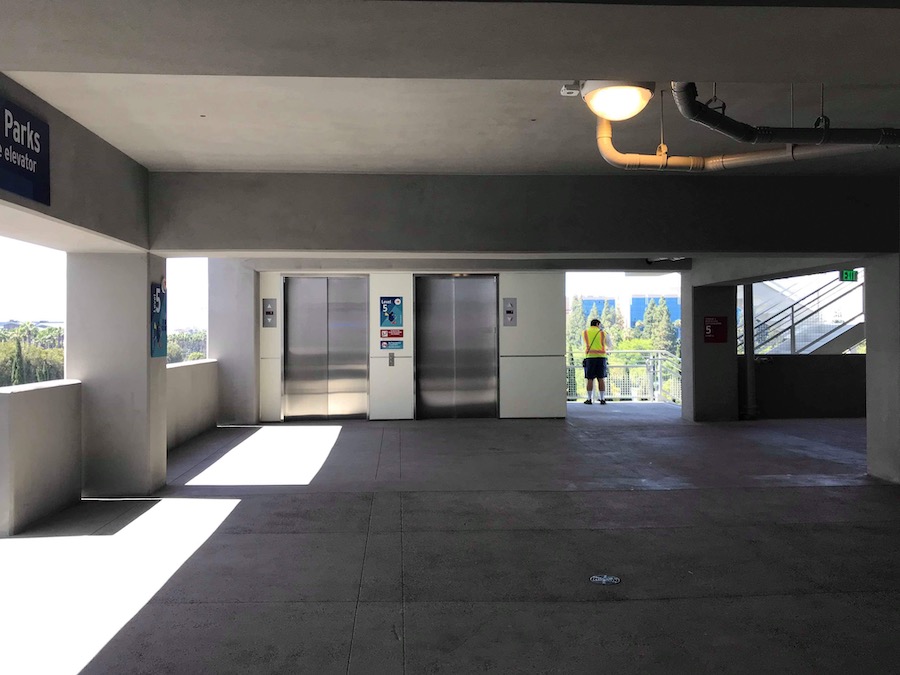 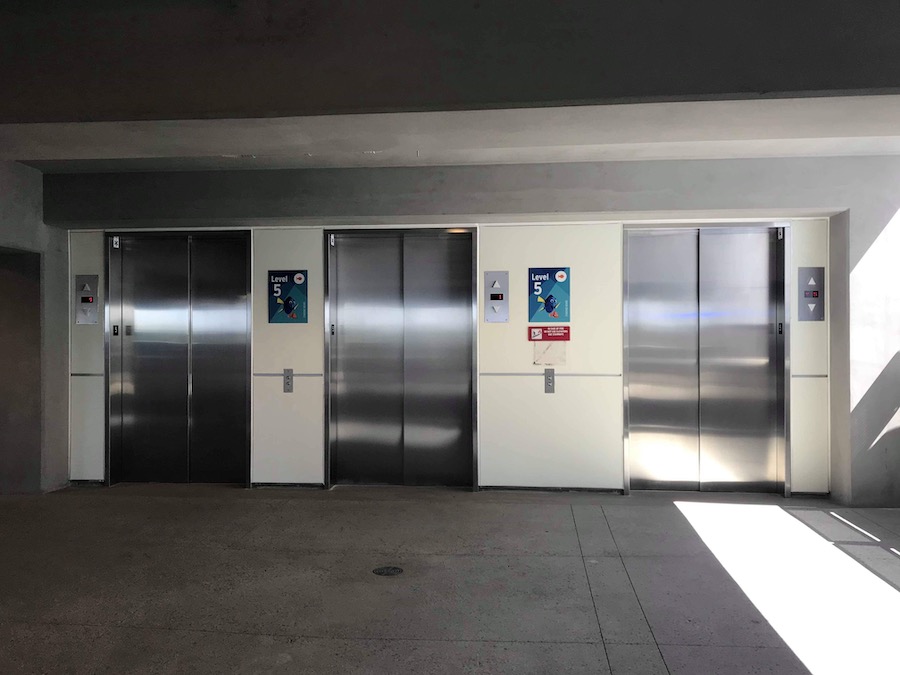 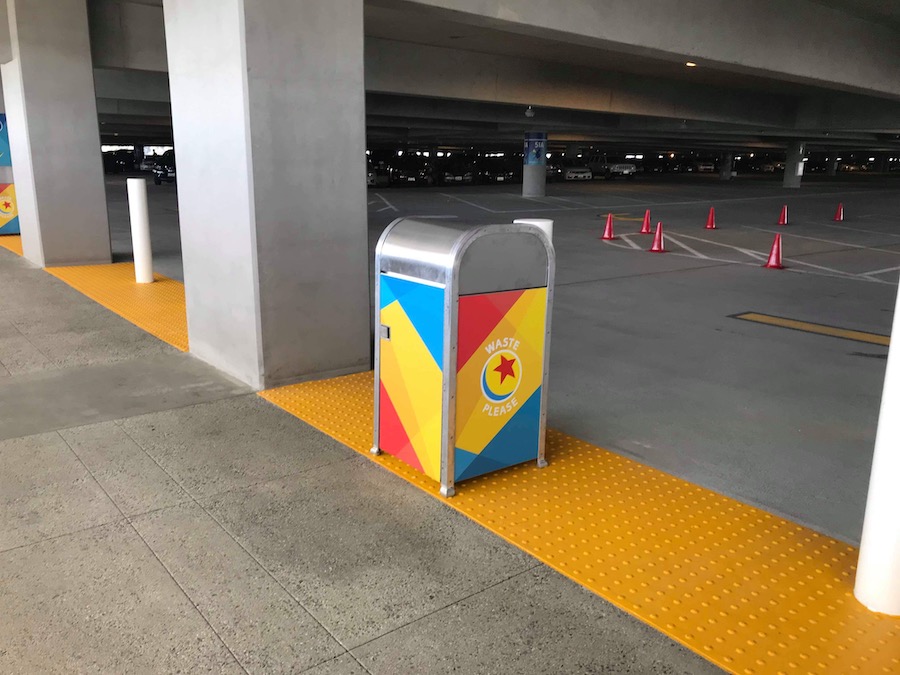 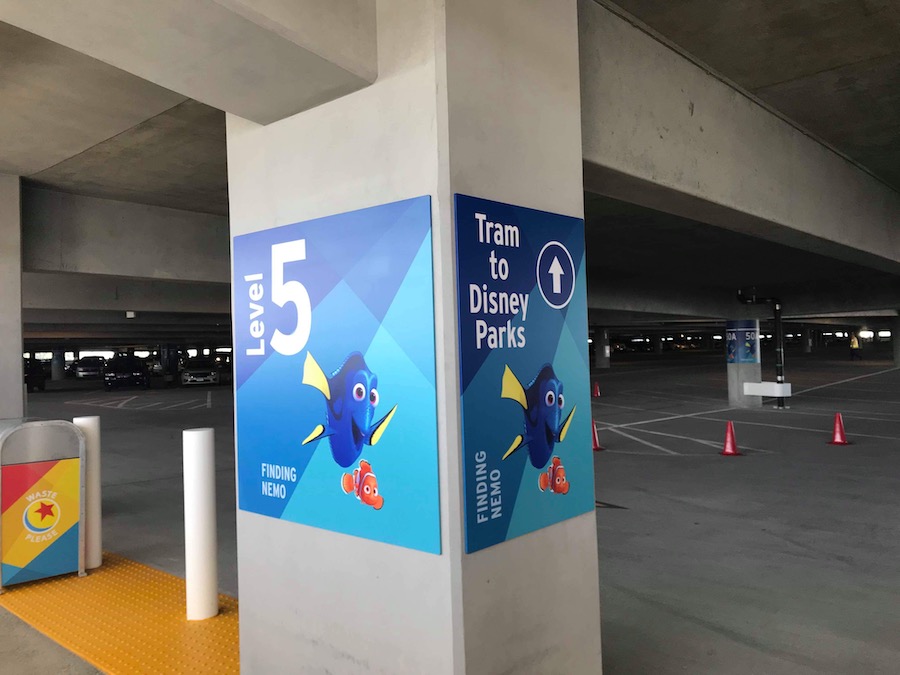 The red and green lights below signal to drivers whether or not a parking spot is occupied. Similar technology is used at the Disney Springs parking structures at Walt Disney World. 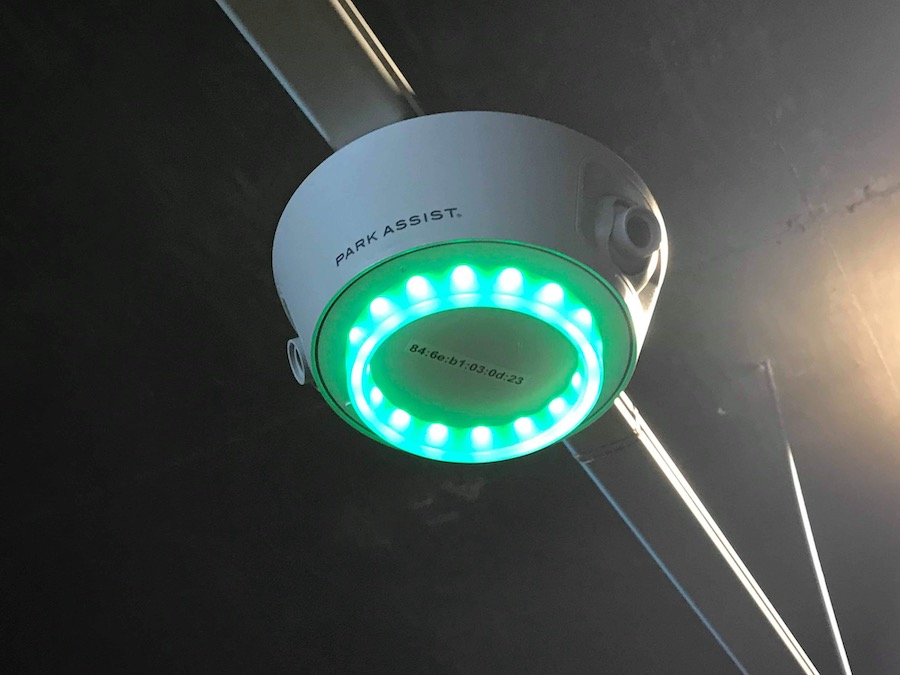 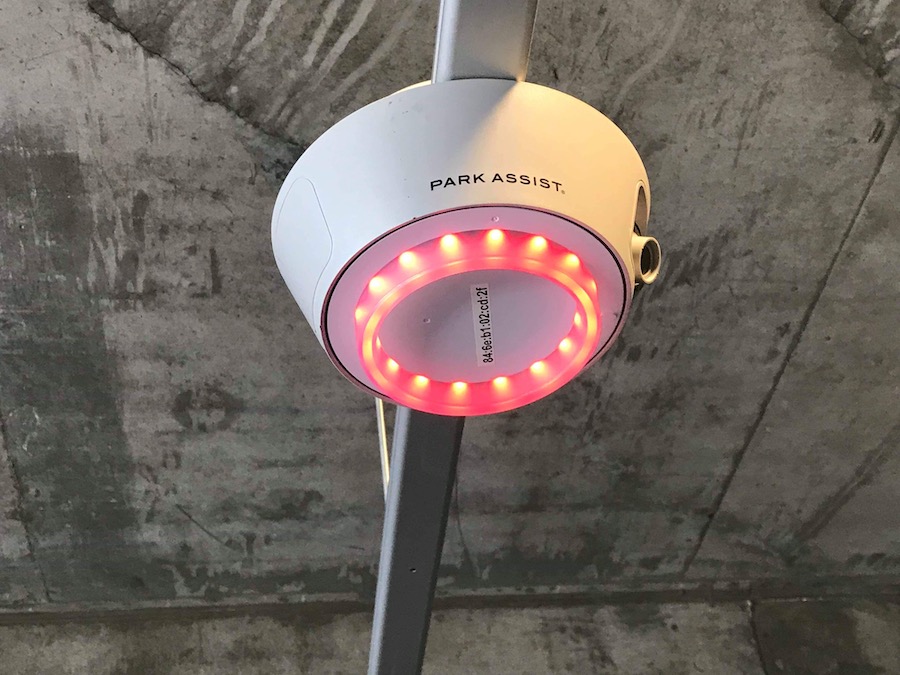