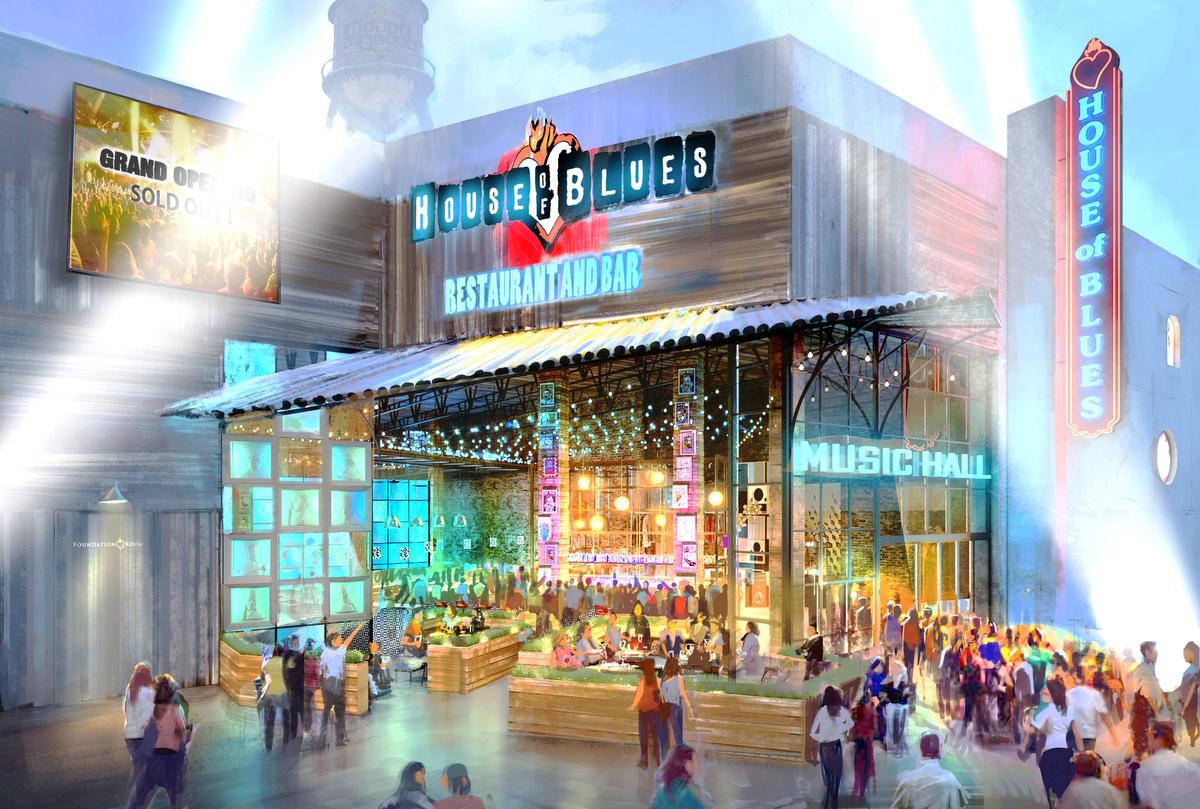 After closing earlier this year in Downtown Disney, the House of Blues may finally have an opening date for its new Anaheim GardenWalk location. The House of Blues closed in May, but was scheduled to reopen soon after.  The opening date was then bumped to “Fall 2016” and then “Early 2017.”  We now have word that the House of Blues Anaheim will reopen in March of 2017.  An exact date is still not know.

The new 44,000 square foot state-of-the-art facility will take over much of the building that once housed the UltraLuxe Cinemas at the north end of the GardenWalk.

The building will include a restaurant and bar, plus a 2,200-seat music hall for larger acts an events, 400-seat The Parish for smaller performances and parties, and the 175-seat exclusive Foundation Room.

The grand opening of the new location is set to kick off the chain’s 25th anniversary celebration.