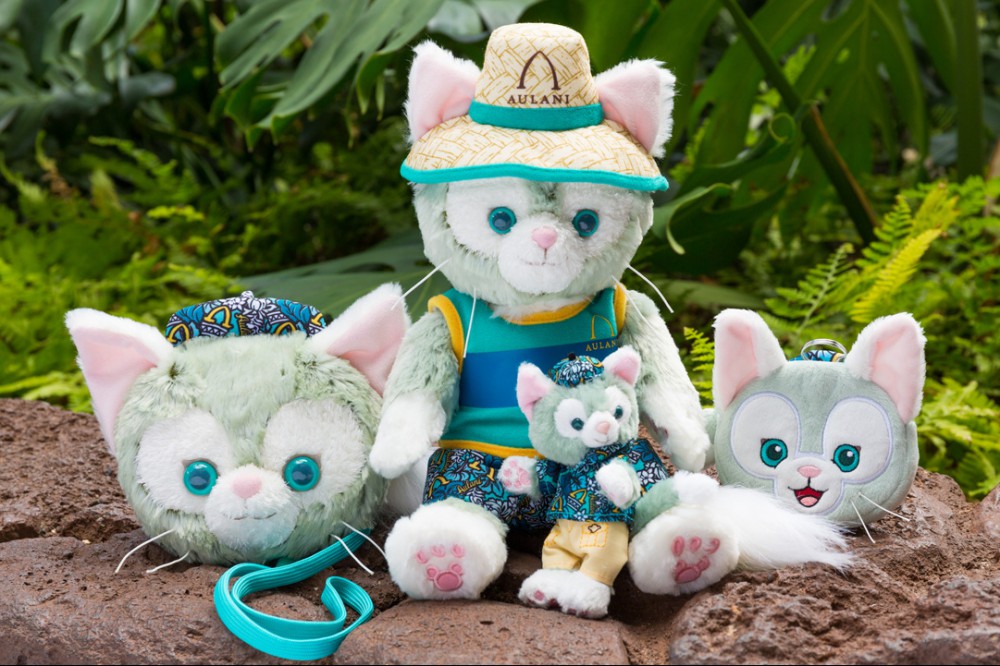 This week, Aulani, a Disney Resort & Spa, will become the first and only Disney Resort in the United States to offer Gelatoni merchandise!

Gelatoni, a very cool and artistic cat, is a friend of Duffy the Disney Bear and his best friend ShellieMay. Besides Gelatoni plush, guests will be able to choose from several exclusive items created just for Aulani, including Hawaiian vacation inspired clothing. Of course, guests will find Duffy and ShellieMay at Aulani as well, sporting Tori Richard-designed outfits in floral prints that feature Aulani icons and the mischievous Menehune which are found throughout the resort.

Gelatoni will be available at Aulani beginning June 14th!