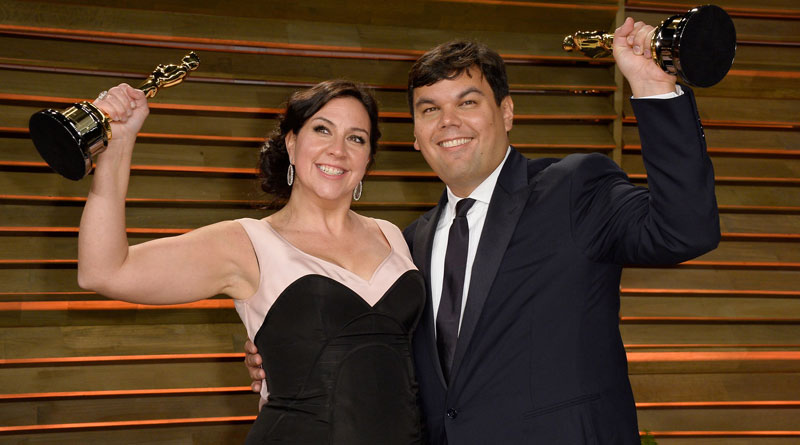 Disney Music Publishing has just signed on the Academy Award-winning married duo responsible for many of the songs that made the Frozen soundtrack so successful. Kristen Anderson-Lopez and Robert Lopez are now part of the Disney Music Group. The news was recently announced by Disney Music Group President Ken Bunt.

The couple said of the deal, “We are thrilled to be working with Ken Bunt and his incredible team at Disney Music Group and Disney Music Publishing. It’s clearly a perfect fit for us and we are grateful as always to be able to call Disney home.”

The pair is credited with 8 songs on the extremely successful Frozen soundtrack. This deal includes those, as well as Lopez’s work for The Book of Mormon and Avenue Q, and Anderson-Lopez’s In Transit and Winnie the Pooh music.

The 2014 year-end Billboard 200 chart ranked the Frozen soundtrack as the best selling album. It was the first soundtrack to achieve that status since 1998 (Titanic), and the first Disney soundtrack to top the chart since 1965 (Mary Poppins). It has sold more than 4.2 million copies and is certified quadruple-platinum. It received Grammy awards for Best Compilation Soundtrack for Visual Media as well as Best Song Written for Visual Media (“Let It Go”).

Robert Lopez is the youngest person to achieve EGOT status; meaning he has won Emmy, Grammy, Oscar, and Tony awards. He joins only 12 others who have managed that feat.