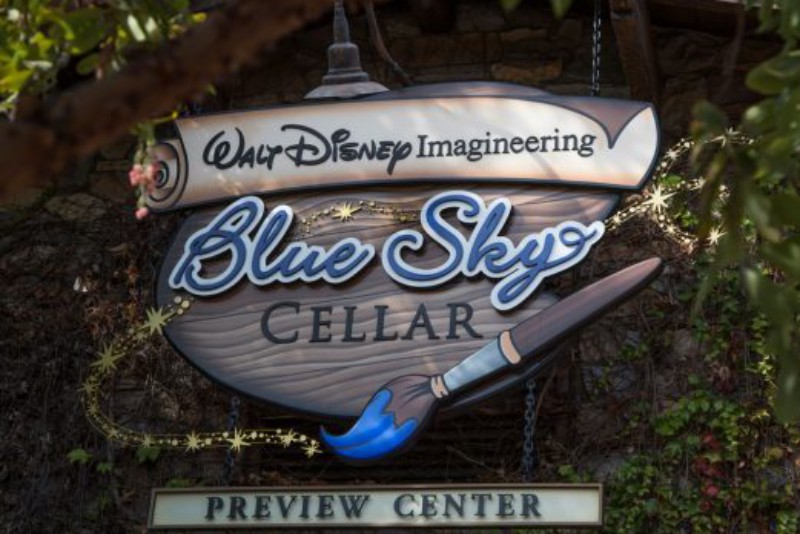 Once home to models of the future Buena Vista Street and Cars Land, the Blue Sky Cellar is now open again as a preview center at Disney California Adventure, this time giving guests a look at Pixar Pier. The center of the room features the model of the Paradise Pier update and the walls are adorned with photos and sketches of the upcoming Pixar fun.