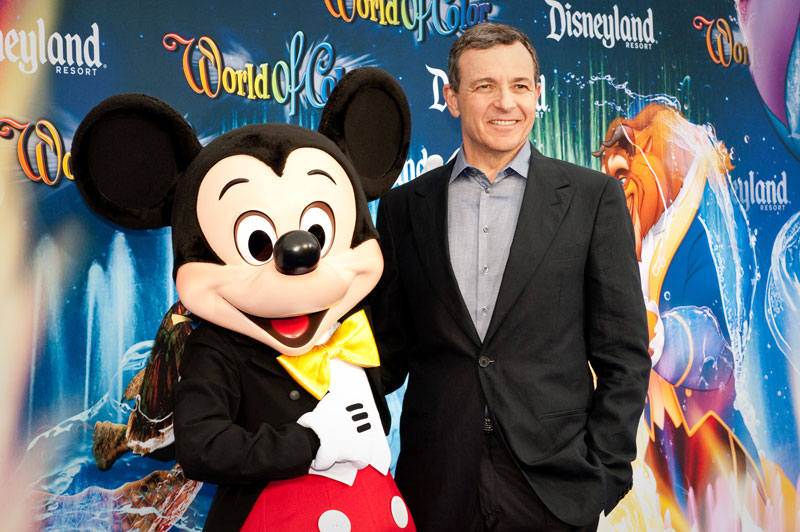 Shortly after the publication of reports by both The New Yorker and The New York Times involving numerous sexual assault and rape allegations leveled at Harvey Weinstein, Disney CEO Bob Iger released a statement sharing his view on the matter.

“Harvey Weinstein’s reported behavior is abhorrent and unacceptable, and it has no place in our society.”

Weinstein’s alleged crimes were first brought to public attention on Thursday, when The New York Times published an article making sexual harassment claims against the Hollywood icon. Since that first report, Weinstein has been fired as co-chairman from his own company, The Weinstein Co., and has seen more and more accusations brought against him.

Iger is by no means the first to convey his feelings about the Weinstein reports. Numerous actresses have shared their stories of sexual assault and harassment by the Hollywood mogul, actors have made statements condemning his actions, and people from all sides of the entertainment industry have shared their knowledge of the highly prevalent rumors which have surrounded the man’s behavior for quite some time.

Iger is the first CEO of an entertainment conglomerate to share his opinion, however, and the company he represents has a bit of history with Weinstein.

Walt Disney Studios purchased Weinstein’s Miramax production company back in 1993, when Disney’s studio head was Jeffrey Katzenberg. Disney’s CEO at the time was Michael Eisner, with Bob Iger in the number 2 spot from 2000 to 2005. In 2005, Harvey Weinstein financed Michael Moore’s documentary Fahrenheit 9/11 to a total of $6 million without Eisner’s knowledge. A dispute over this lead Weinstein and his brother to abandon Miramax and find a new place for Moore’s film.

Eisner himself sent out a response to the allegations, tweeting,

“Fired Weinsteins because they were irresponsible, and Harvey was an incorrigible bully. Had no idea he was capable of these horrible actions.”

Katzenberg made his reply public, writing, “You have done terrible things to a number of women over a period of years,” and, “There appear to be two Harvey Weinsteins…one that I have known well, appreciated and admired and another that I have not known at all.”  Katzenberg made himself available if Weinstein was honest about making amends, but condemned his actions.