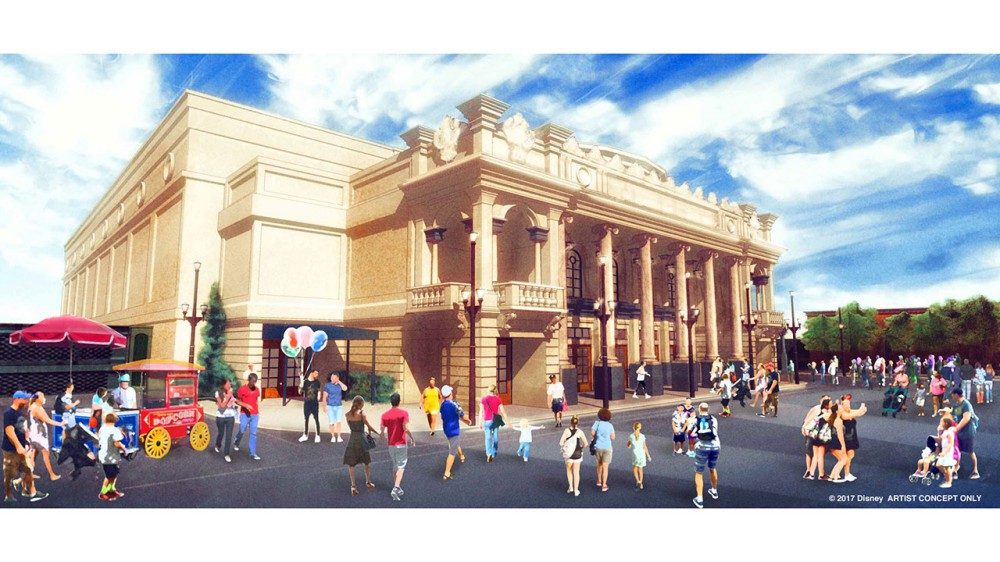 Today at the D23 Expo, Disney Parks and Resorts Chairman Bob Chapek announced there would be a new theater in the Magic Kingdom.

The new theater, based on the look of the Willis Wood theater in 1920s Kansas City, will be the home to a new live show.

According to Chapek, “Across Walt Disney Parks and Resorts, we’ve been upping the game in entertainment…This new theater at Walt Disney World continues that streak by bringing a new venue for world-class entertainment to the world’s biggest park.”

Details about the new show will be announced at a later date.

Update: Though we don’t have details or location, we now believe that this will be a new theater in addition to the Town Square Theater.