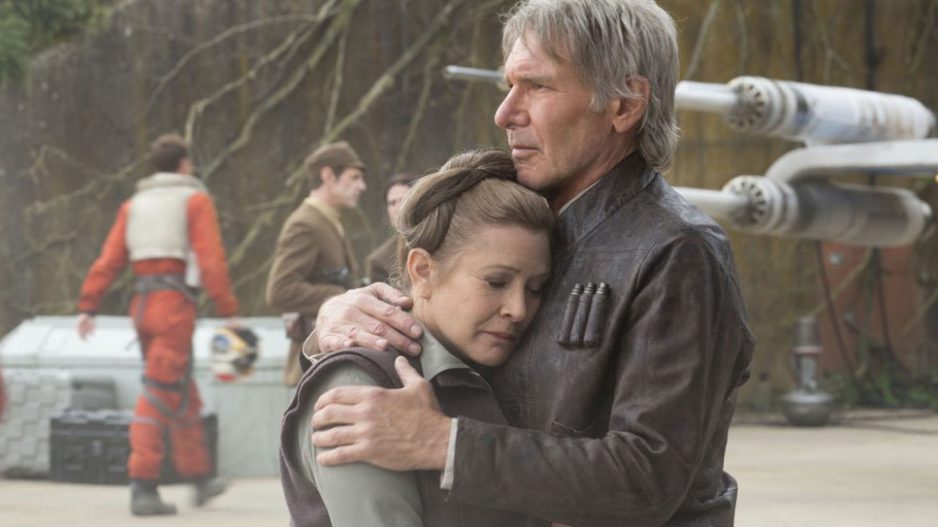 With the death of Carrie Fisher Tuesday, December 27, fans wondered what would become of her character in the upcoming Star Wars films. Fisher reprised her role of Princess Leia in Star Wars: The Force Awakens and was set to appear in the next two films.

Variety is reporting that Fisher was done filming her scenes for Episode VIII, so that film should be able to continue as planned for release December 15, 2017. Changes will need to be made to Episode IX, which doesn’t begin filming until 2018 and will hit theaters May 23, 2019.

In addition to Star Wars, Fisher was also a recurring character on Catastrophe, a comedy on Amazon/Channel 4. ربح فلوس The third season will begin in the spring; Fisher had already completed filming for that as well. Catastrophe has been picked up for a fourth season, but it’s not yet clear how her character will be handled.

Catastrophe co-creator and star Sharon Horgan posted on Instagram: “She was the most generous, fun, gifted, smart, kind, funny funny funny person I’ve ever met. She certainly wasn’t ready to go. I’m so glad we became pals. I’m so devastated at her loss. لعبه الروليت I want to write about her more but I can’t process yet.”

Fisher had a recurring voice role on Family Guy, which airs on Fox. She played Angela, Peter Griffin’s (Seth MacFarlane) boss. Her latest episode on that show was aired January 3, but it is unknown if she had recorded any additional episodes since then.

Variety also reports that a new documentary, Bright Lights: Starring Carrie Fisher and Debbie Reynolds will screen at the Palm Springs Film Festival and air on HBO in March.

Kathleen Kennedy, president of Lucasfilm, said “it was difficult to imagine a world without Fisher” and praised her as a “barrier breaker.”

Kennedy said, “She was Princess Leia to the world but a very special friend to all of us. She had an indomitable spirit, incredible wit, and a loving heart. Carrie also defined the female hero of our age over a generation ago. Her groundbreaking role as Princess Leia served as an inspiration of power and confidence for young girls everywhere. الرهان على مباريات كرة القدم ”