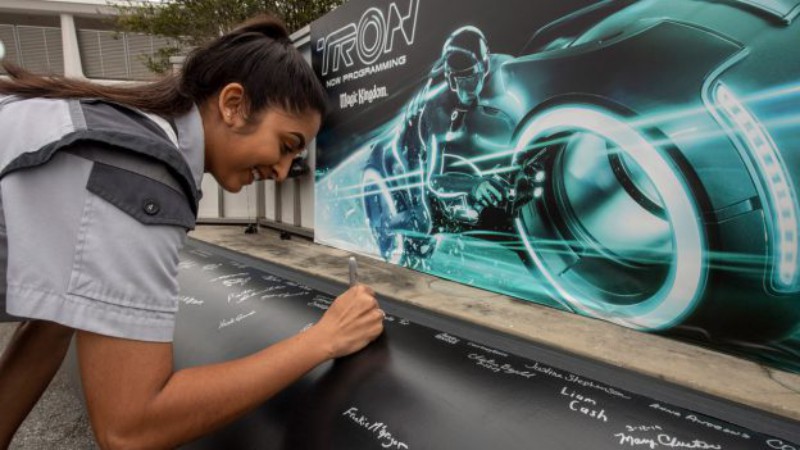 Recently, Walt Disney World Cast Members and project teams working on the TRON attraction coming to the Magic Kingdom got to sign their names on a piece of steel that will be one of the first support columns.

The attraction, based on the popular TRON Lightcycle Power Run in Shanghai Disneyland, is set to open in 2021 for Walt Disney World’s 50th anniversary. 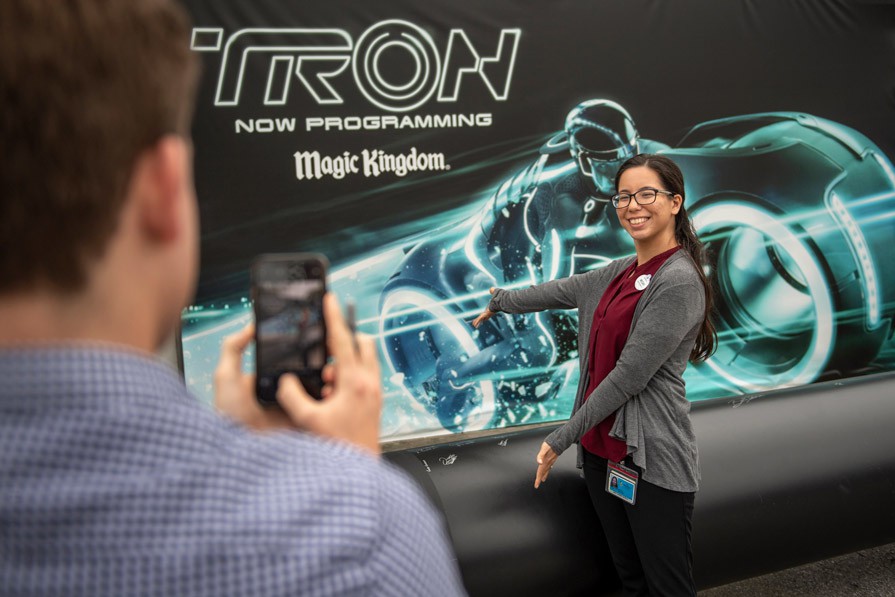 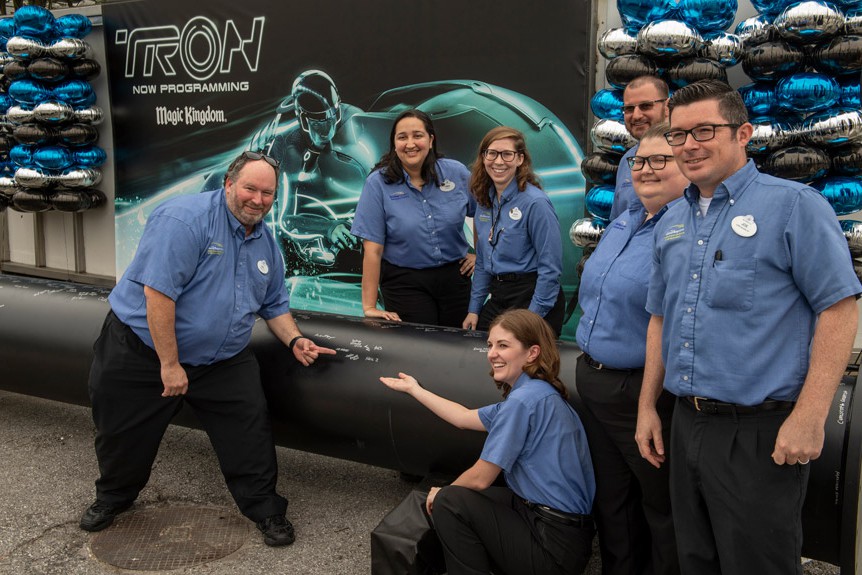 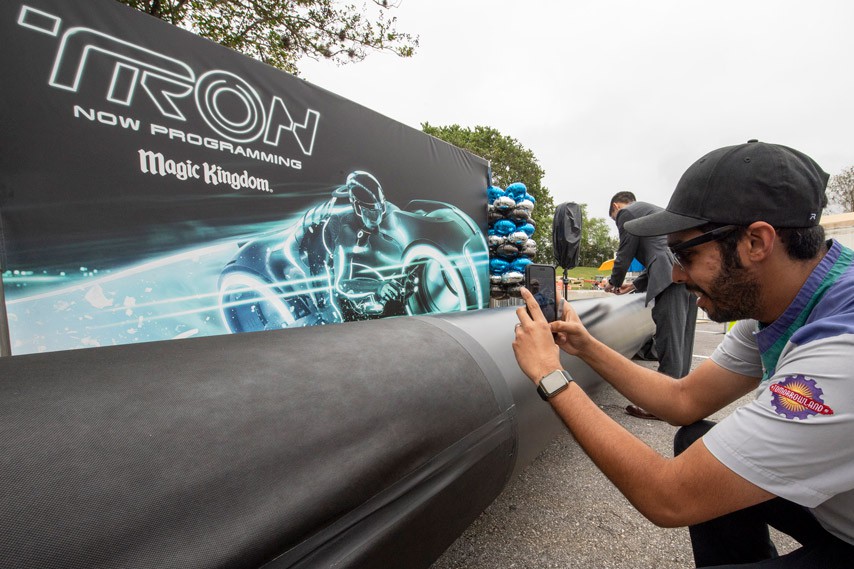 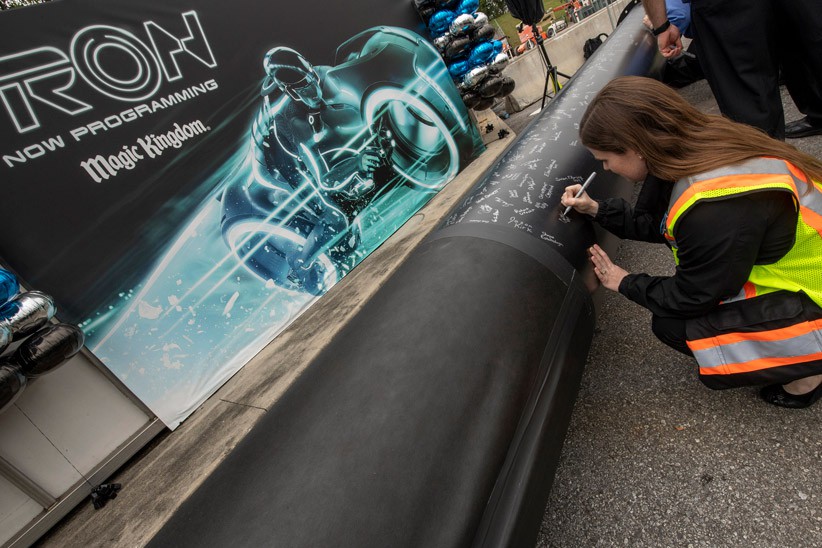 The coaster has riders boarding a train of two-wheeled lightcycles and embarking on a “thrilling race through the digital frontier.”