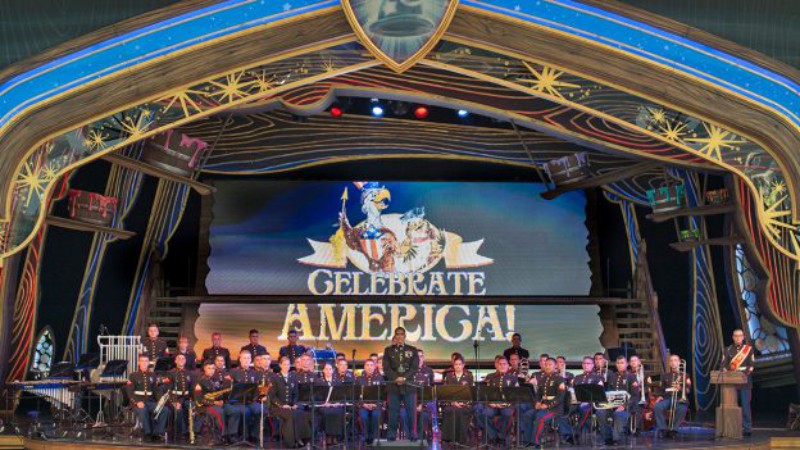 The Disneyland Resort has announced some special entertainment, both in the Parks and around the community, for Independence Day!

The 1st Marine Division Band out of nearby Camp Pendleton will be at Disneyland Park for several Fourth of July performances.

First, they’ll participate in the Flag Retreat Ceremony at 5:00pm in Town Square. Then prior to the 6:00pm performance of the Pixar Play Parade, the band will march from Town Square down the parade route. Finally, at 7:00pm, they will present a special concert in the Fantasyland Theatre.

Disneyland will also light up the skies with a special patriotic finale following the 9:30pm performance of Together Forever-A Pixar Nighttime Spectacular.

Southern California residents that can’t make it to the Parks can also catch some of their Disney friends as the Disneyland Resort participates in local Fourth of July parades in both Huntington Beach and Anaheim!