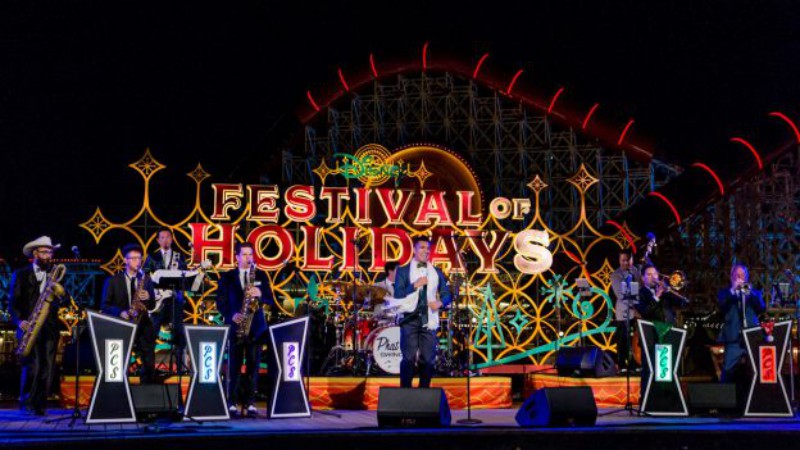 Disney California Adventure has a fun New Year’s Eve planned, packed with music, characters, and even some fireworks. While World of Color is still missing from the Paradise Bay, Disney has come up with some exciting ways to ring in 2019!

In Hollywood Land, DJ Juan will keep guests dancing all through the night. If that’s not enough, the corner of Hollywood and Sunset will feature a special stage, complete with a countdown clock, that will turn the area into California Adventure’s own version of Times Square.

Paradise Gardens Park will be filled with music and fun all night long! Phat Cat Swinger will perform three sets on the Palisades Stage and DJ Wendy Walker will keep the music going the rest of the night!

So the littlest guests don’t miss out on the party, California Adventure will celebrate a Walt Disney World New Year at 9:00pm. Look for a special appearance by Mickey and Minnie as the clock strikes midnight on the east coast.

When midnight hits on the west coast, enjoy celebratory music and fireworks over Paradise Bay. The party continues after midnight as DJ Wendy will keep guests dancing until the park closes at 1:00am.