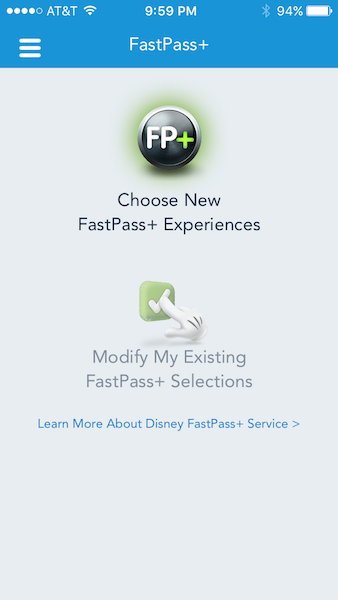 The changes that we reported last week with the FastPass+ system are now official. Guests can now book between 1-3 FastPasses initially, instead of being locked in to booking three. You also have the ability to choose the times that work for you, instead of the system automatically assigning a time for you.

Once you have used those initial FastPasses, or their timeframe has passed, you can then use your My Disney Experience app to book another one. Previously, these extra FastPasses could only be made on the website or one of the in-park kiosks.

These changes were all effective as of April 10.