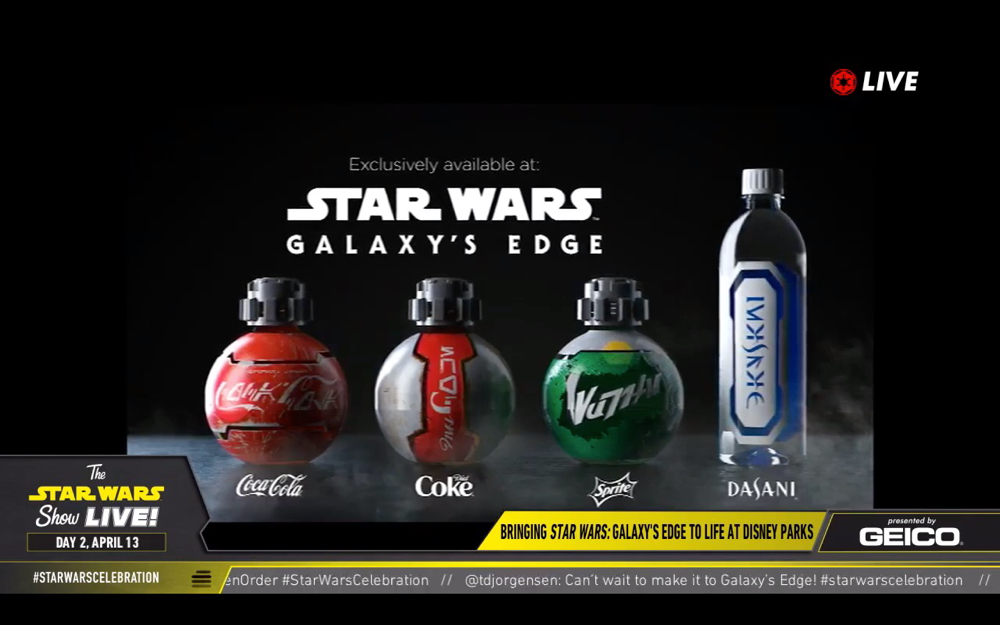 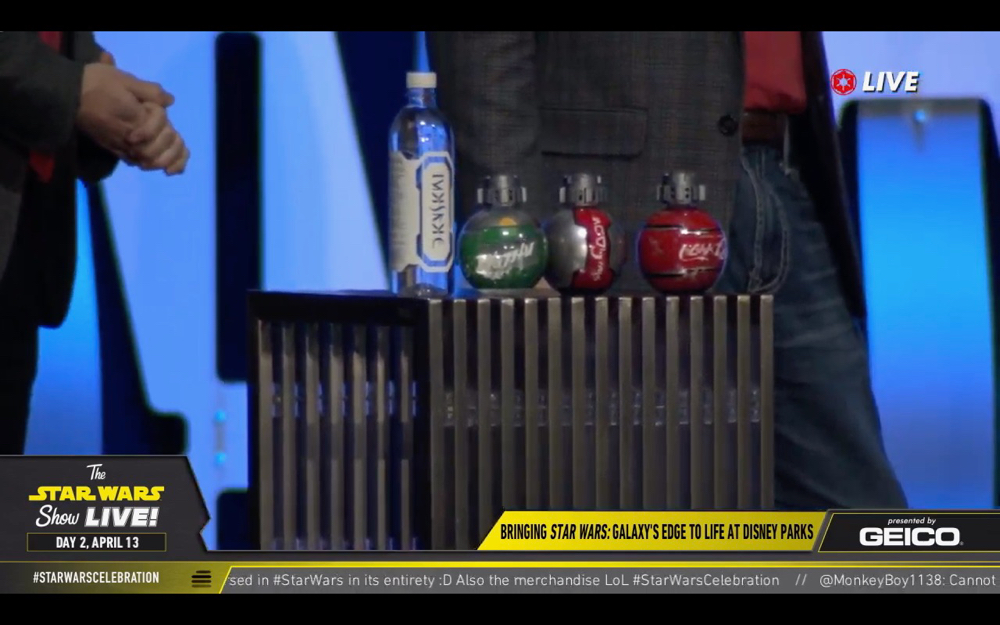 They appear as though they were pulled off of a ship but have visual queues that will make guests aware of what they’re consuming in a way that will not take them out of the immersion of the planet they’re visiting.