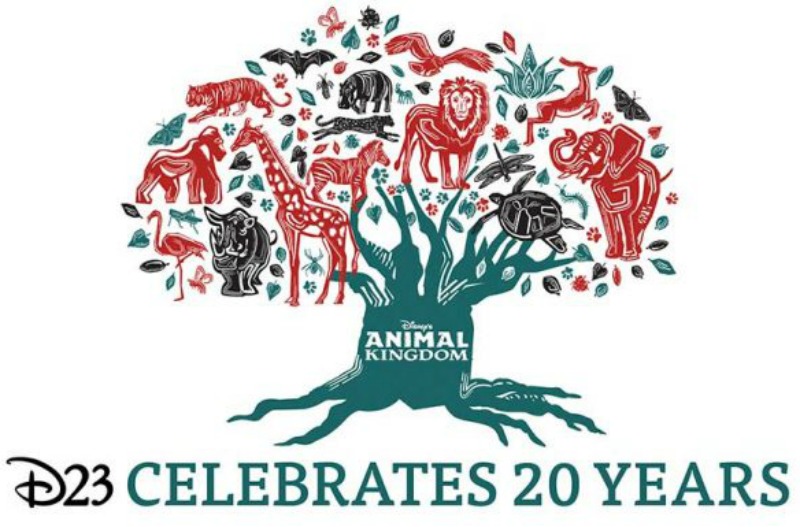 To celebrate the 20th Anniversary of Disney’s Animal Kingdom, D23 Gold and Gold Family Members will soon have the opportunity to purchase a “20th Anniversary FAN Celebration Pass” which will provide additional activities to your day in the park, including the following: A limited number of attendees will have the opportunity to purchase a “VIP 20th Anniversary FAN Celebration Pass” that includes everything listed above in addition to the following premium experiences:

D23 Gold and Gold Family Members can reserve a ticket for themselves plus one guest for either “20th Anniversary FAN Celebration Pass” or “VIP 20th Anniversary FAN Celebration Pass.” All attendees must be 3 years of age or older due to the nature of the event. This event does not include admission to Disney’s Animal Kingdom. Guests will need to have or purchase admission to Disney’s Animal Kingdom in order to attend. If planning to use a Walt Disney World Annual Passport to attend, guests should be sure to check blockout dates and verify that their pass is valid for admission on Sunday, April 22, 2018. For a complete list of rules, visit the official event page here.

If you’re not a D23 Member, fear not as there are many exciting things planned for Animal Kingdom’s 20th Anniversary that everyone can participate in; we have the details in this story.