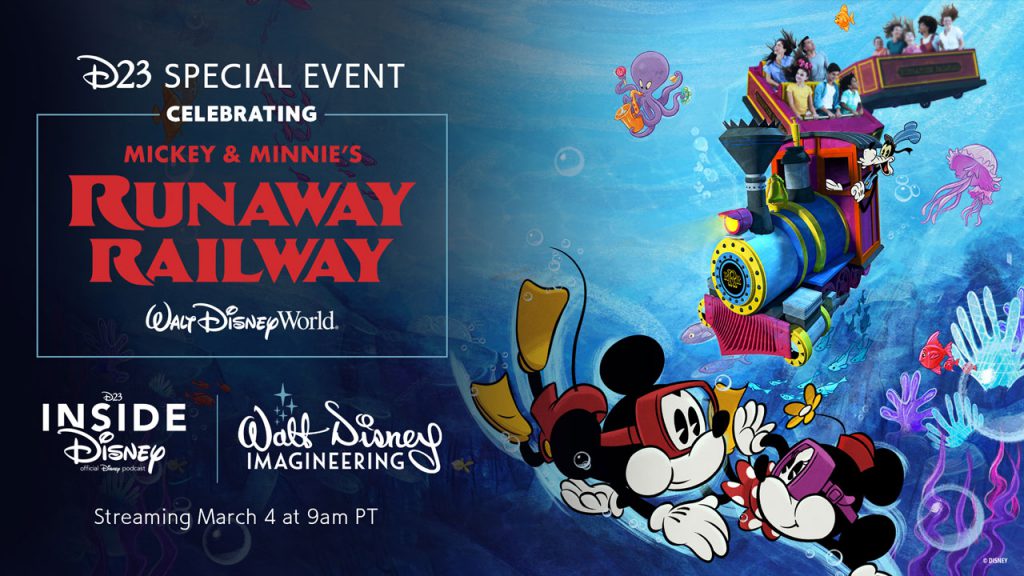 D23: The Official Disney Fan Club will celebrate the opening of Mickey & Minnie’s Runaway Railway with a special episode of D23 Inside Disney on March 4th at 12:00pm eastern.

The special episode will go behind-the-scenes of the groundbreaking new attraction, talking with the Imagineers and creative minds that brought it to life.

Then a special From Sketch to Reality, will have a chat with Imagineers Charita Carter and Kevin Rafferty who reveal even more twists and turns behind the curtain.