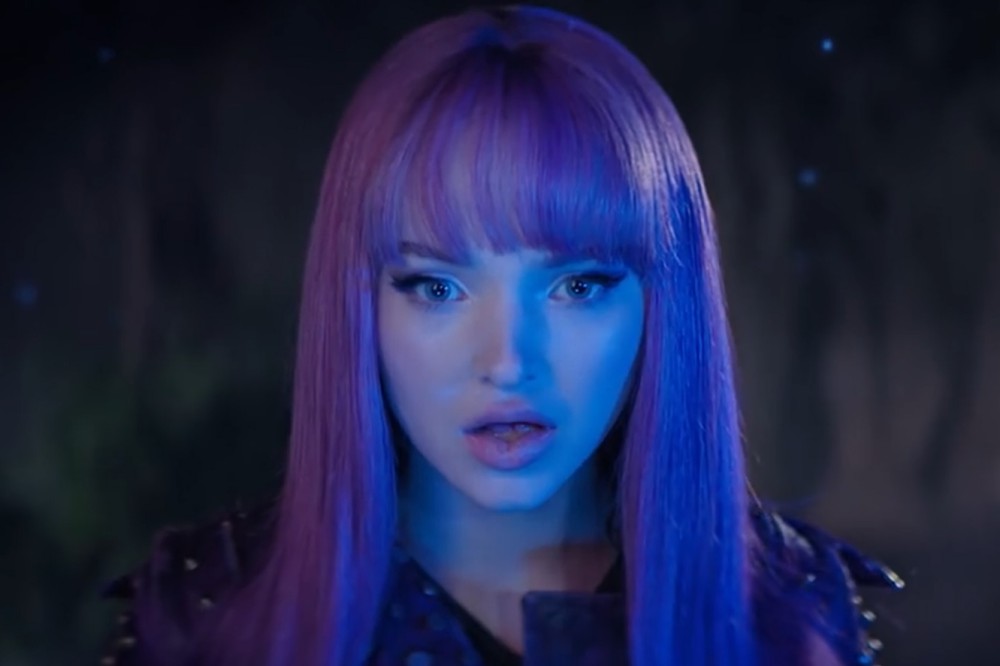 ShareTweetSubscribe
Disney Channel has announced that the story isn't quite over and Descendants 3 will begin production this summer, ahead of a Summer 2019 release. Dove Cameron (Mal), Cameron Boyce (Carlos), Sofia Carson (Evie), Booboo Stewart (Jay), Mitchell Hope (King Ben), and China Anne McClain (Uma) are all set to return to their roles, as is Kenny Ortega, who will again produce, direct and choreograph. The Descendants films tell the story of the children of famous Disney villains, including Maleficent, Cruella De Vil, The Evil Queen, and Jafar. Carson told Entertainment Weekly, "I truly cannot wait to be Evie again. I fell in love with Evie three years ago, and I am honored to continue telling her story with Kenny and our cast for the beautifully wicked journey that will be Descendants 3. To our beautiful fans all over the world, thank you for making this happen! This is all for you!" According to the brief trailer, a new villain may be joining the story...Mal's father. Additional casting and a release date will be announced later. Source: Disney Channel/Oh My Disney | Entertainment Weekly
ShareTweetSubscribe