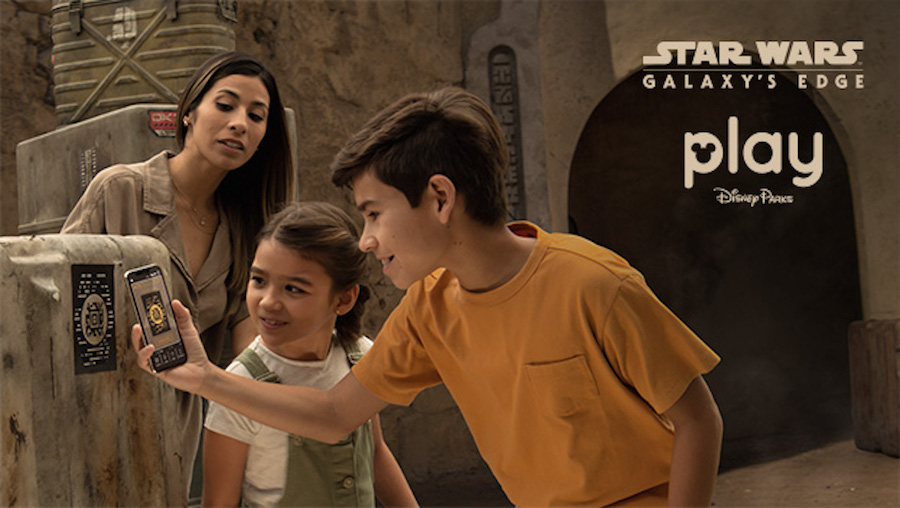 The app will allow you to “hack” into “certain door panels or droids to see their memories.” Another tool you’ll have in your arsenal using the app is the “scanning” tool, which allows guests to “peek inside of cargo crates you may spot while walking around.” The “translation” tool helps guests understand the Aurebesh language decrypting the signage throughout Black Spire Outpost. Lastly, the app has a “tuning” feature that allows you to listen to secret messages.

The First Order will be trying to “install surveillance devices in door panels to spy on the Resistance.” Using your Datapad you can help either the First Order or the Resistance in controlling the land. The winners of this challenge might be rewarded with galactic credits.

The Play Disney Parks app is available on the Apple App Store or Google Play Store.