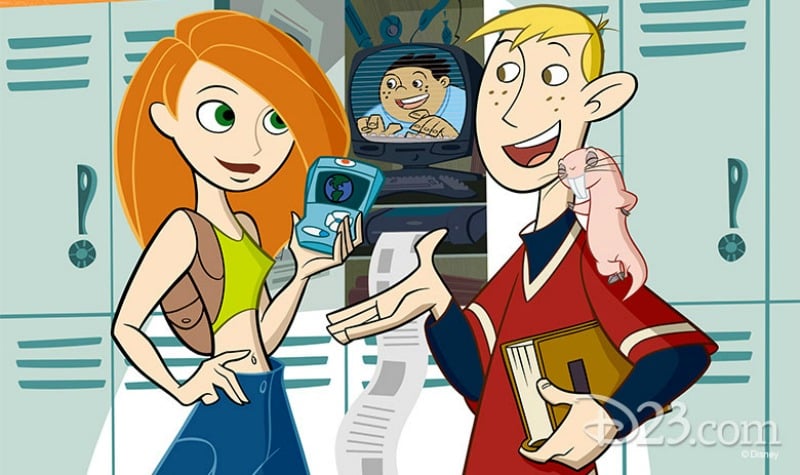 The Disney Channel has announced that they are in the development stages of a live-action movie version of the popular Kim Possible cartoon series and casting is already underway.

If you haven’t heard of the series, it follows the story of your typical high school teenage girl who protects the world from evil villains along with Ron Stoppable, his naked mole-rat Rufus, and their computer genius friend Wade.

The original series debuted back in 2002 running 87 episodes and was nominated for an Emmy in 2003 for Outstanding Animated Program. Two animated Disney Channel movies were inspired by the beloved series, Kim Possible Movie: So the Drama and Kim Possible: A Sitch in Time. Christy Carlson-Romano voiced Kim in the series, with Will Friedle voicing Ron.

Mark McCorkle and Robert Schooley, the creators of the Kim Possible series, are writing the script along with Josh Cagan. The film will be co-directed and co-produced by Adam B. Stein and Zach Lipovsky.

“Mark and Bob created an enduring character and kids all over the world found a friend in her, an average girl who just happens to spend her off-school hours thwarting evil villains. Although Kim Possible ‘can do anything,’ kids and tweens found that this animated redhead was just like them. As we embark on the fun challenge of making Kim and Ron fully dimensional, I’m thrilled to be working again with Mark and Bob and to welcome the addition of a dynamic creative team – Josh, Zanne, Adam, and Zach – into a world where anything is indeed possible.”