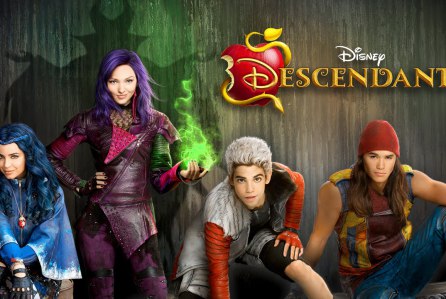 Descendants 2 is officially in the works, as the Disney Channel has commissioned a script for the sequel from the writers of the original. The made-for-TV movie aired this summer and was a “coming-of-age adventure” about the teenage children of the most famous Disney villains and heroes. All of the actors are expected to return for the sequel. The original movie, directed by High School Musical’s Kenny Ortega, proved to be a hit, raking in 12.2 million U.S. viewers. The movie also received 3.3 million views on the WATCH Disney Channel app. It is currently up to 32 million total viewers. Gary Marsh, President and Chief Creative Officer, Disney Channels Worldwide, said, “By almost every measure – domestically and globally – Descendants has already become one of the biggest entertainment properties of the year and we’re eager to delve deeper into the unfolding mythology of Auradon and Isle of the Lost. This kind of compelling, innovative storytelling, alongside our animated ‘Descendants: Wicked World’ shorts and unique trans-media campaign, continues to lay the groundwork for multiple franchise opportunities across virtually every line of business at The Walt Disney Company.” News source: Deadline Photo credit: Disney Channel
ShareTweetSubscribe