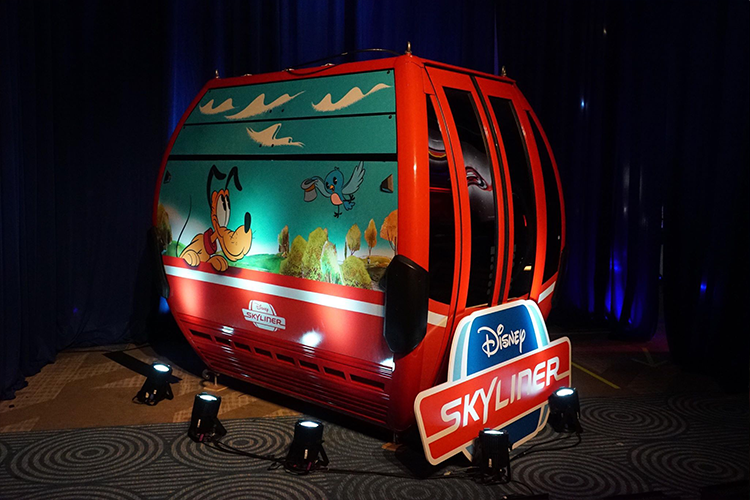 This past weekend, Destination D guests were treated to a close-up look at one of the Skyliner gondolas.

Since the project was first announced, most Disney fans have had one major concern. Will the gondolas have air-conditioning? There have been numerous comments online confirming one way or the other, but until now, Disney has not directly commented.

Today, the Orlando Sentinel reports that “a Walt Disney World spokeswoman confirmed that the gondolas would not have AC. The cabins were ‘specifically tailored to provide a comfortable ride for our guests in the Florida climate,’ she said. The units will use cross-ventilation for sufficient air flow and reflective windows to prevent direct sunlight’, she said.”