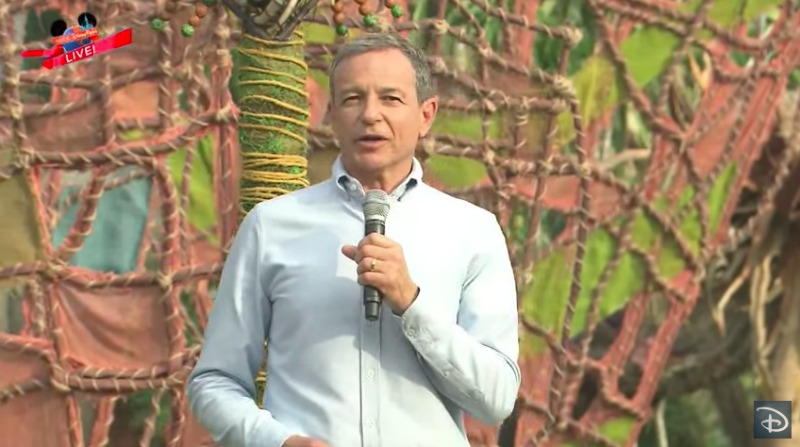 A grand preview dedication ceremony was held for invited media this morning at Disney’s Animal Kingdom at the Walt Disney World Resort in Orlando, Florida. We were thrilled to be in attendance as the largest expansion that has ever taken place at Disney’s Animal Kingdom was unveiled. Bob Iger, James Cameron, Jon Landau, Joe Rohde, Zoe Saldana, and Sigourney Weaver, among others, were all on hand for the special ceremony.

When it opens to the public this Saturday, Pandora – The World of Avatar will transport guests to a land beyond belief where the setting is 4.4 light years away from Earth.

With artifacts found throughout the Pandoran landscape, the dedication stage was an array of beautiful sights and sounds. Drummers pounded out traditional rhythms, colorfully dressed performers led a procession full of pageantry, and artful banners fluttered in the morning sky.

“Working with Jim and his team was a dream come true for us, as we pushed the limits of creativity and innovation to bring the digital world of Pandora to the real world of Disney’s Animal Kingdom,” said Bob Iger, chairman and CEO of The Walt Disney Company. “Now anyone who has ever dreamed of visiting this extraordinary world can explore the astonishing landscape and ecosystem, soar on the back of a banshee and actually become part of the AVATAR adventure.”

“I never thought I’d see the day when the Pandora I imagined could be made physically real,” said James Cameron. “Working with Disney to bring this world to life has been an amazing experience, and the result is something I think everyone will love for generations to come. It really feels like you’re stepping into a dream.”

While inspired by Cameron’s film, Pandora – The World of Avatar was not envisioned as an extension of the film.

“It’s not the movie AVATAR that we are portraying,” said Joe Rohde, Walt Disney Imagineering portfolio creative executive. “It is the planet Pandora where you can come, you can visit, and have your own unique adventure. Rather than reliving the adventures of characters from the film, you’re going to come to the planet where those things happened — and have your own set of adventures you can own.”

Guests will cross an entry bridge, which appears to have rusted-over across the years, to enter the new land. Guests will then follow a winding forest pathway to where the surreal landscape first comes into view. Then, the exotic Valley of Mo’ara will open up before their eyes leading them to two new attractions, Satu’li Canteen, a delicious new quick-service restaurant, a specially-themed drink stand called Pongu Pongu, and an awesome new Pandoran shop – Windtraders – where guests can be matched with their own banshee inside The Rookery!