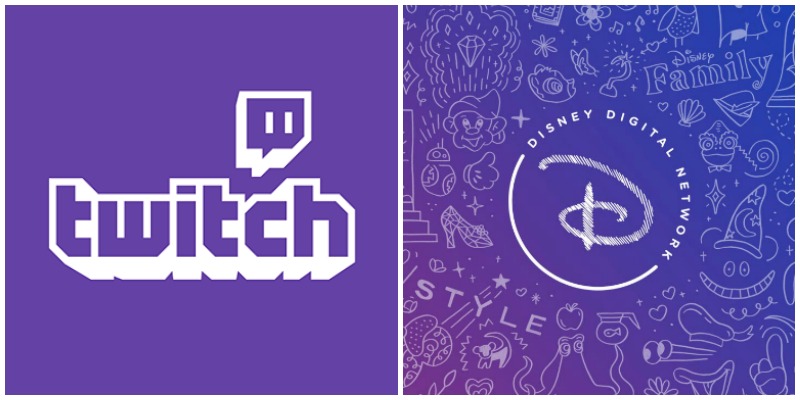 ShareTweetSubscribe
Under a multiyear agreement with Disney Digital Network, Twitch will begin getting exclusive content from four of Disney’s largest YouTube content-creator partners: Markiplier, Jacksepticeye, LuzuGames, and Strawburry17. Variety reports that the majority of new and exclusive content will make its debut on Twitch beginning Thursday. Each of the four YouTubers will not only create exclusive on-demand content, but they will be doing live broadcasts as well. The creators will manage their own channels on Twitch. "For Twitch, the deal with Disney for the quartet of digital creators is part of its goal to diversify video content beyond game broadcasting — although three of the four YouTubers (Markiplier, Jacksepticeye, LuzuGames) have built their audiences with a core focus on video-game content." Andrew Sugerman, Executive VP of Publishing and Digital Media for Disney Consumer Products and Interactive Media stated:

“Partnering with Twitch gives our biggest creators access to the platform’s tools, expertise and community to directly engage with and build their audiences." Take a look at Variety's quick summary of each of the four YouTubers launching on Twitch (from left to right): Markiplier (twitch.tv/Markiplier): "Mark Fischbach has more than 19 million subscribers for his YouTube channel featuring videos of him and his friends playing and commenting on video games. While he specializes in 'let’s play' gameplay commentary videos and indie games, Markiplier has recently diversified into comedy skits." Jacksepticeye (twitch.tv/Jacksepticeye): "Seán McLoughlin, aka Jacksepticeye, has 17.7 million YouTube subscribers. He’s also expanded beyond his roots in 'let’s play' videos to include vlogs, sketches, music, and animated shorts. The native of Ireland performed in a sold-out U.S. tour in October 2017." Luzu (twitch.tv/Luzu): "LuzuGames is one of the most viewed Spanish-language channels with 7.4 million YouTube subs, with an audience throughout Spain and Latin America for 'let’s play,' vlogs, and collab videos. Luzu (real name: Borja Luzuriaga) has launched an English-language channel among others." Strawburry17 (twitch.tv/Strawburry17plays): "Meghan Camarena started Strawburry17 in 2007 making random videos and music videos with her younger brother David. Her YouTube channel now includes vlogs, gaming, cooking, cosplay, DIY, scripted, music, and more. Camarena appeared on season 22 of The Amazing Race with her friend and fellow YouTuber Joey Graceffa and co-hosted Disney XD’s Polaris Primetime show, which premiered in July 2017. Strawburry17 has 1 million subscribers on YouTube." Source: Variety
ShareTweetSubscribe