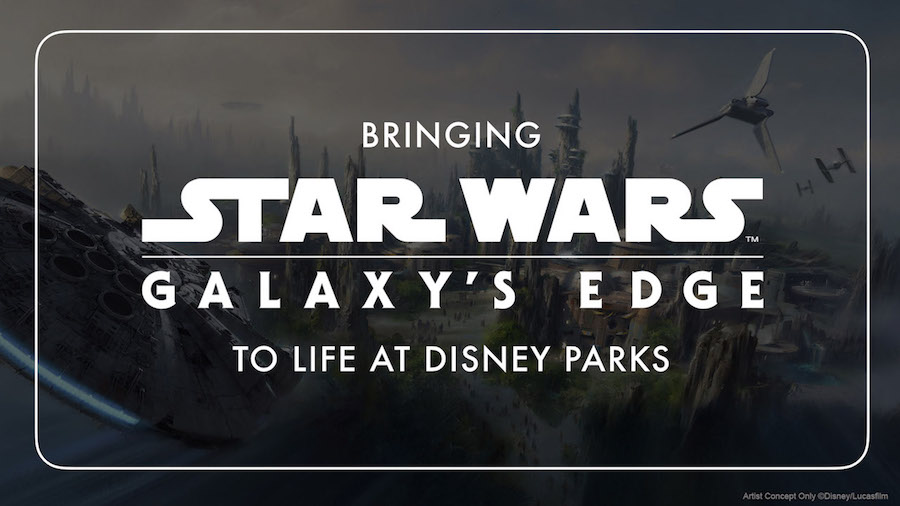 It was just announced that the Disney Parks Blog will be going live from the Star Wars Celebration in Chicago on Saturday from 11 a.m.-12:30 p.m. CST from the panel titled “Bringing Star Wars: Galaxy’s Edge to Life at Disney Parks.” Speaking during the panel will be Walt Disney Imagineers Chris Beatty, Asa Kalama, Margaret Kerrison, and Scott Trowbridge, alongside Doug Chiang and Matt Martin from Lucasfilm.

Details and “exciting updates” surrounding Star Wars: Galaxy’s Edge coming to Disneyland park in May and Disney’s Hollywood Studios in August will be part of the discussion.

Additionally, StarWars.com and YouTube.com/StarWars will be “streaming panels, exclusive interviews, and other unforgettable segments” from Star Wars Celebration from April 12-15.